Samantha Ruth Prabhu shared a snippet of Priyanka Chopra's motto of life from an interview and was all hearts for it. The actress has been doling out positive affirmations to the universe post her separation from Naga Chaitanya.

Samantha Ruth Prabhu is in awe of Priyanka Chopra. Y'all would know that after her separation from Naga Chaitanya, the actress is trying to heal and be positive. Just yesterday, Samantha sent out positive messages to the universe asking to make her 'feel good things.' And a couple of hours ago, the actress share an old video of Priyanka Chopra in which the Bajirao Mastani actress was talking about how her father and mother taught her to be independent and stand on her own feet. Samantha Ruth Prabhu was all hearts for the video. Also Read - Neha Kakkar recreates Samantha Ruth Prabhu's Oo Antava on the beach; husband Rohanpreet Singh calls her 'hottie' – watch video

The video featuring PeeCee was from her interview with Life Coach and author Jay Shetty. In the video, Priyanka is heard saying, "My father told me when I was very very young - My mom says I was 9-years-old - You will have financial independence before anything you do. It doesn't matter whose daughter you are. It doesn't matter who you are married to. You'll stand on your own feet. And there's such a power to that. I put that in my head. So, I was ambitious from 12-years-old. I decided what I wanted to be." Watch the video below: Also Read - Ghum Hai Kisikey Pyaar Meiin: Sai aka Ayesha Singh grooves to Samantha Ruth Prabhu's Oo Antava; fans say 'you are on fire' 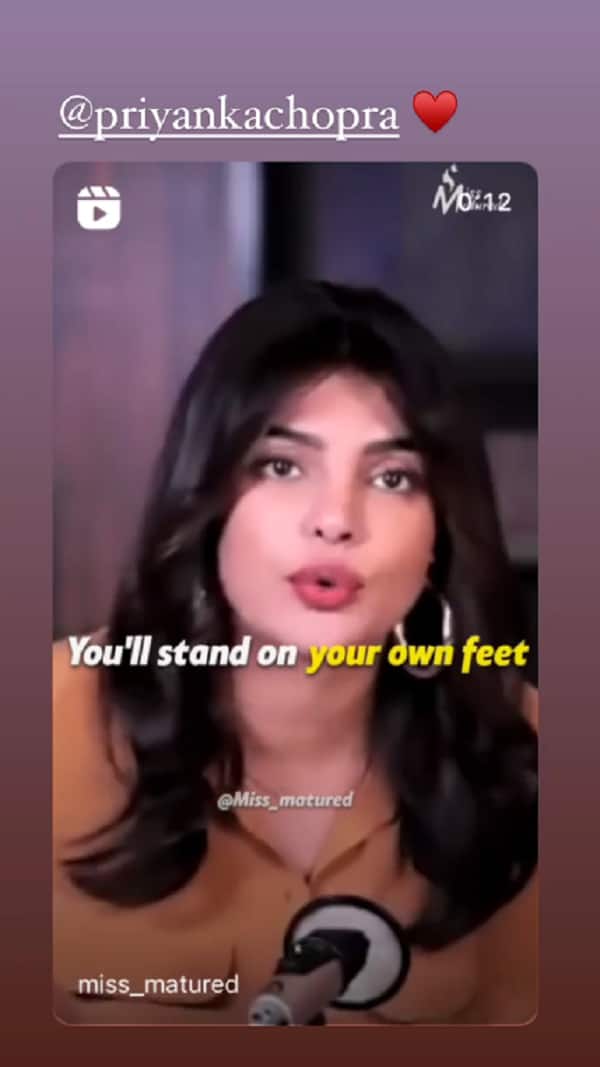 Meanwhile, a couple of weeks after Samantha and Naga Chaitanya announced their divorce, rumours of trouble in Priyanka Chopra and Nick Jonas' paradise had surfaced. It all started when Priyanka dropped her surname from her social media profile. Before Samantha and Chay had announced their separation, Samantha had changed her name on social media from Samantha Akkineni to S. Divorce rumours had begun thereafter only to be proven true in October.

Just like Priyanka, Samantha is moving to Hollywood as well. The actress recently signed a Hollywood film Arrangements of Love. The film is directed by Philip John who is known for his works Downtown Abbey and The Good Karma Hospital. The film is based on a novel of the same name by Timeri N. Murari. Samantha will be seen in the role of a bisexual detective. Samantha also has Shaakuntalam and Kaatha Vaakula Rendu Kaadal.