Samantha Ruth Prabhu is ready to 'feel good things' in 2022; manifests with a beautiful sunrise

Samantha Ruth Prabhu is manifesting all good things. The Shaakuntalam actress took to her Instagram stories and posted a beautiful picture. The actress has been surrounding herself with positivity post her split from Naga Chaitanya.

Samantha Ruth Prabhu is taking her time in healing after her painful separation from Naga Chaitanya. The actress is surrounding herself with people and things that will help her overcome her separation. She is keeping her mindset positive and is also manifesting the same. The Super Deluxe actress recently shared a post on her Instagram stories in which she said that she is ready to feel good things. Sharing a beautiful picture of the sunrise, Samantha said, "Ok Universe I am ready to feel good things. Make me feel good things." Check out her post below: Also Read - Pushpa: Arbaaz Khan's girlfriend Giorgia Andriani shows off moves on Samantha Ruth Prabhu's Oo Antava; netizens are loving it Also Read - Samantha Ruth Prabhu to Rashmika Mandanaa; check out South actresses when they started in films vs how they look now

Meanwhile, the Jaanu actress was seen chilling out with her friends Rahul Ravindran and Vennela Kishore. The actress took to her social media handle and shared a post that instantly went viral. In the picture, the Pushpa actress is seen lazying on a couch whilst Vennela Kishore and Rahul Ravindran are on another couch. Rahul clicked a selfie while they were chilling out. The Majili actress had captioned the post saying, "what would I do without you guys." Check out the picture here: Also Read - Pushpa song Oo Antava starring Samantha Ruth Prabhu in a never seen before avatar was an EXPERIMENT says Devi Sri Prasad 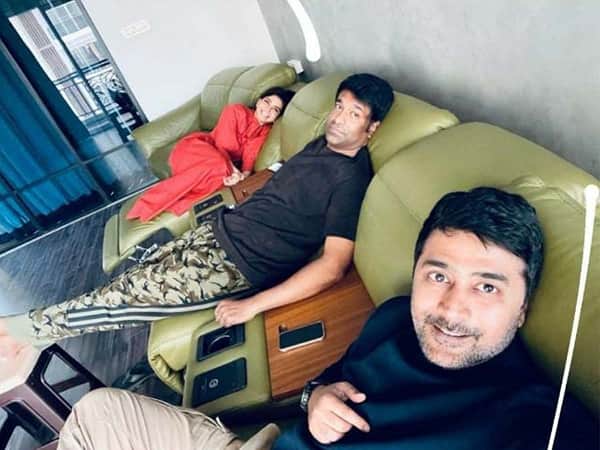 A couple of days ago, the actress had been chilling in Goa with her friends. Her pictures in a boho styled monokini had gone viral on social media like wildfire. Samantha is taking one step at a time and focussing on her work right now. The gorgeous beauty is also enjoying the massive success of her special song appearance in Allu Arjun and Rashmika Mandanna starrer Pushpa: The Rise. On the other hand, The actress is on a signing spree. She recently wrapped up Gunesekhar's mythological epic love story Shaakuntalam. The film also stars Dev Mohan in the lead and Allu Arjun's daughter Allu Arha. She has Kaatha Vaakula Rendu Kaadhal with Nayanthara and Vijay Sethupathi. Samantha also commenced shooting for Yashodha. It is a new-age thriller movie. Apart from that, Samantha also has Philip John's Hollywood film, Arrangements of Love.