Samantha Ruth Prabhu's video of dancing at the airport on Thalapathy Vijay's Halamithi Habibo from Beast is unmissable. 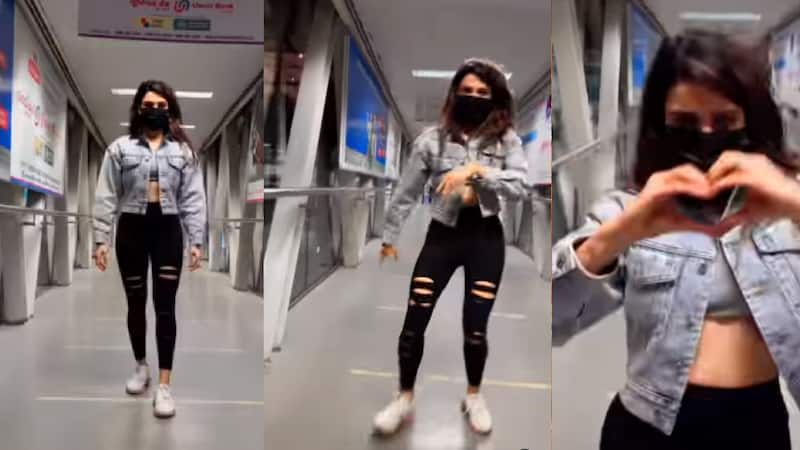 Samantha Ruth Prabhu is currently among the most well-known and popular actresses of the South Film industry. She is gaining much love from the masses for her ventures. After her stint in The Family Man 2, she garnered much appreciation for her item number Oo Antava in Allu Arjun's Pushpa: The Rise. Her killer dance moves left everyone crushing hard on her. Talking about dancing, the actress once again proved to be a fab dancer with her latest video on Instagram. Also Read - Samantha Ruth Prabhu ready for second marriage? Here are celebs who found true love in their dusri and teesri shaadi

Samantha Ruth Prabhu shared a video of herself dancing on Thalapathy Vijay's song Halamithi Habibo from Beast. She is dancing at the airport! Yes, ahead of a late night flight, Samantha Ruth Prabhu kept herself entertained by dancing on this popular song. She can be seen dressed in ripped leggings, crop top and a denim jacket. She shared the video with the caption, "Just another late night flight … NOT!! Rhythm for tonight be #HalamithiHabibo This song is beyond lit #Beast." Well, her cool moves will definitely set your friday mood right. Check out the video below: Also Read - South News Weekly Rewind: RRR Oscars 2023 snub, Samantha Ruth Prabhu’s second marriage reports, Ponniyin Selvan BTS leak and more

Apart from her work projects, Samantha Ruth Prabhu also remained in the news last year as she announced her separation from husband Naga Chaitanya. They made for one of the cutest couples of the South film industry, however, destiny had different plans. Also Read - Trending South News Today: Aishwarya Rai Bachchan, Trisha Krishnan's bonding at Ponniyin Selvan event grabs eyeballs; truth about Samantha Ruth Prabhu's US visit revealed

The actress is next to be seen in films like Shakuntalam, Kaathu Vaakula Rendu Kadhal and more. She also has a film named Yashoda in her kitty. Rumours of her Bollywood debut are also doing the rounds of the internet.