Samantha Ruth Prabhu says, 'Go low or go home;' her SUPER-HOT workout video is all the motivation you need this weekend

Samantha Ruth Prabhu has posted a workout video, lifting weights in a squat position, and her dedication and effort is only equalled by how sizzling-hot she looks in her stunning gym attire

Samantha Ruth Prabhu has been the talk of the town across all film industries and its fans ever since her stint in The Family Man 2. For better or for worse, her separation from ex-husband Naga Chaitanya, also keep bringing her in the headlines, and then, her sizzling item song, Oo Antava, from Allu Arjun's Pushpa, only skyrocketed interest around her. And it looks like Samantha Ruth Prabhu knows how to stay in the limelight by making all the right moves if her recent workout video is anything to go by, which is fitness and hotness goals rolled into one. Also Read - Laal Singh Chaddha: Aamir Khan-Kareena Kapoor starrer to be postponed again; eyes THIS new festive weekend? [EXCLUSIVE]

Samantha Ruth Prabhu has posted a workout video, lifting weights in a squat position, and the dedication and effort she puts into acing the weighted squats is only equalled by how sizzling-hot she looks while doing them in her stunning gym attire. The star posted the video on her Instagram story, so we can't share it over here; y'all would have to head over to her official Instagram handle to check it out yourself. But for your viewing pleasure, we've got a montage of Samantha in different poses while executing the workout. Check it out below: Also Read - Pushpa: Samantha Ruth Prabhu charged THIS WHOPPING amount for O Antava; Allu Arjun convinced her to come on board 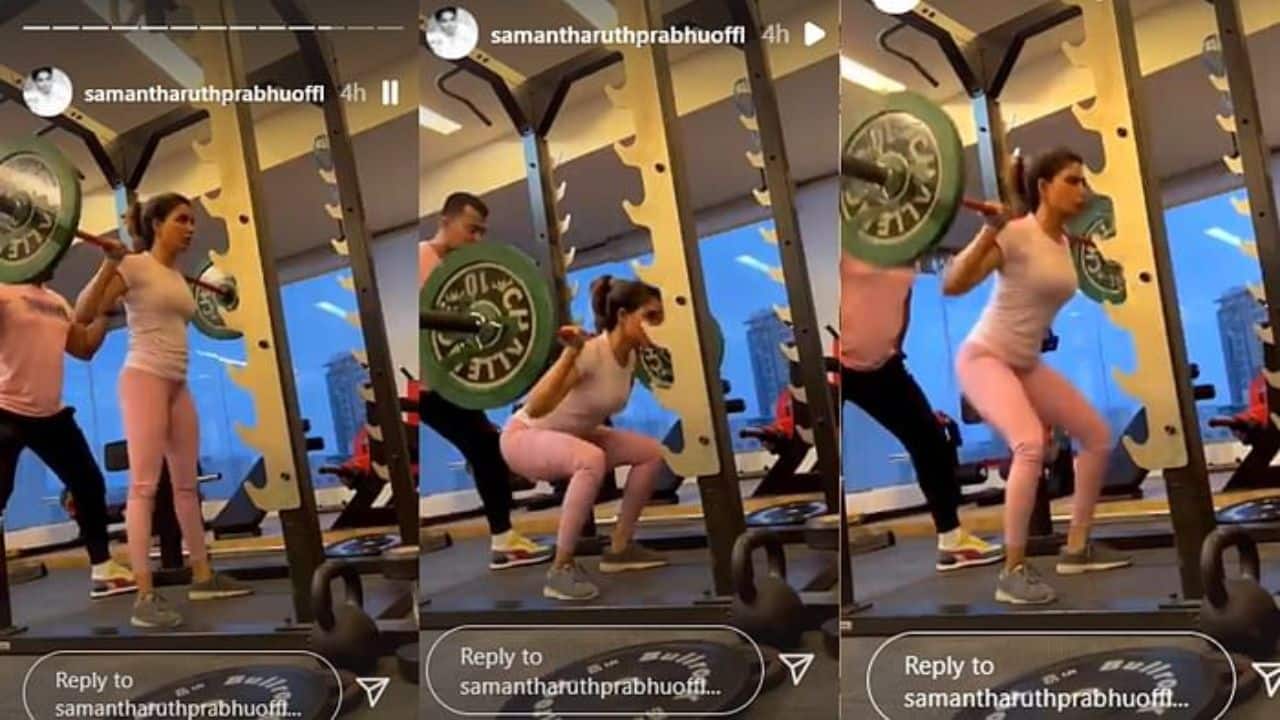 Earlier, a BTS video of Samantha Ruth Prabhu giving it her all while rehearsing for the Oo Antava item song in Pushpa surfaced, in which the actress can be seen sweating hard due to hours of practice and she even cribbed about the same, saying ,“They are killing me,” whilst laughing and pointing out that nobody except her is sweating so much or putting it that much effort for the dance track. Here it is...

Anyway, we hope you're motivated enough to hit the gym this weekend after watching a glimpse of Samantha Ruth Prabhu's workout.