It looks like Vijay Deverakonda's wish to kiss Samantha Ruth Prabhu is going to come true in Kushi as the two will reportedly have a range of lip-lock scenes in the film along with the intimate ones as well. 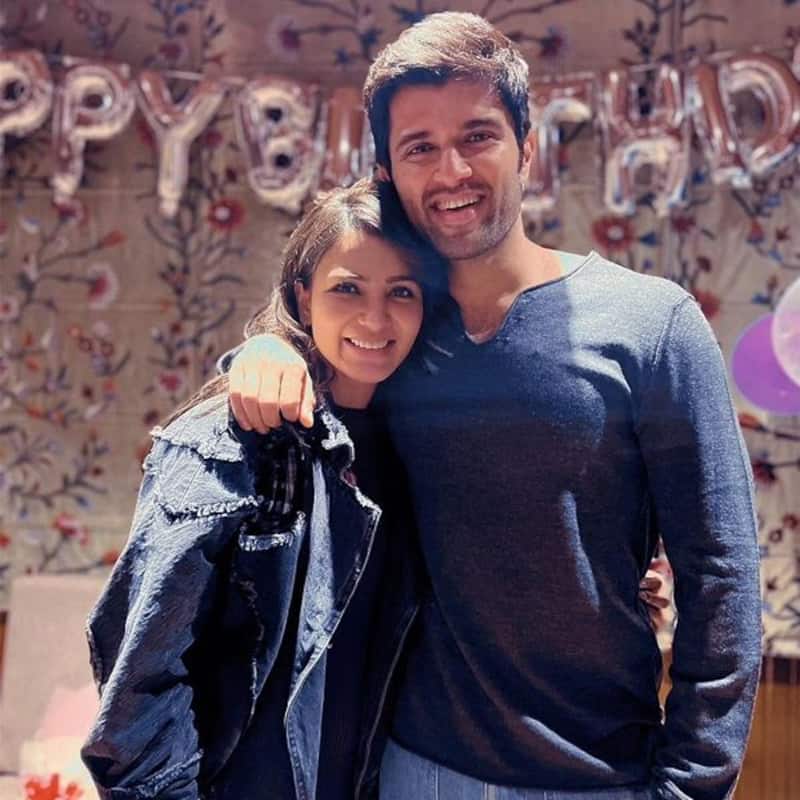 Arjun Reddy fame Vijay Deverakonda has teamed up with Oo Antava star Samantha Ruth Prabhu for a romantic love story Kushi, which is being directed by Shiva Nirvana of Majili fame. The film's creators have promised multiple surprises when they recently unveiled the first look poster along with the title revelation. And it looks like Samantha and Vijay are going to treat their fans with their passionate lip-lock scenes in the film. Also Read - Samantha Ruth Prabhu, Anushka Shetty, Nayanthara and more RICHEST South Indian actresses

When Vijay had come to Samantha's show Sam Jam on Aha, he had said that 'I have not put lip locks on Samantha yet'. It looks like his wish is going to come true in Kushi as the two will reportedly have a range of lip-lock scenes in the film along with the intimate ones as well. Also Read - Samantha Ruth Prabhu, Rashmika Mandanna and more: 5 South Indian actors and their CONFIRMED Bollywood projects

On Thursday, Samantha and Vijay teased fans by revealing a small excerpt from the upcoming love saga's title track. The duo share some light-hearted moments in the musical video for the Kushi title track, which also includes them in a few romantic shots. Also Read - Samantha Ruth Prabhu is gearing up to RULE Bollywood and give stiff competition to B-Town divas; here's how

As Samantha shared the adorable video with the title track, she wrote, "We are touched by the overwhelming love. We will bring all this love onto the big screen this Christmas - New Year. Meanwhile, here is our title track that you love". The excited Rangasthalam lady also shared a picture with Kushi music director Hesham Abdul, as she wrote, "The man of the moment. Can't wait for Kushi".

Samantha will also be seen in a couple of bilingual movies next, while Vijay Deverakonda awaits the release of his upcoming movie Liger. The duo had shared the screen in Mahanati earlier.