Fans were quick to point out that Samantha Ruth Prabhu was missing from the photographs of the dinner hosted by her husband Naga Chaitanya and father-in-law Nagarjuna for Aamir Khan in Hyderabad.

Rumours of Samantha Ruth Prabhu and Naga Chaitanya heading for a divorce have been doing the rounds ever since Samantha removed Akkineni surname from her social media handles. Several reports have suggested that Samantha and Naga might be living separately because of their disagreements in the family. And now Samantha's absence from the family dinner hosted by her husband Naga Chaitanya and father-in-law Nagarjuna for Aamir Khan in Hyderabad have added more fuel to the separation rumours. Also Read - Samantha Ruth Prabhu on a signing spree BUT conditions apply? Read report

Aamir Khan had recently flown to Hyderabad to promote his Laal Singh Chaddha co-star Naga Chaitanya's recently released, Love Story. The pictures from the family dinner have been doing the rounds on social media and fans were quick to point out that Samantha was missing from the photographs. The pictures showed Aamir, Nagarjuna, Naga Chaitanya, Sai Pallavi and others at the dinner party. It was hosted by the Akkineni family for Aamir after the promotional event of Naga Chaitanya's recently released film Love story. Also Read - Did Samantha Ruth Prabhu lose this Bollywood biggie due to Naga Chaitanya? Here’s what we know 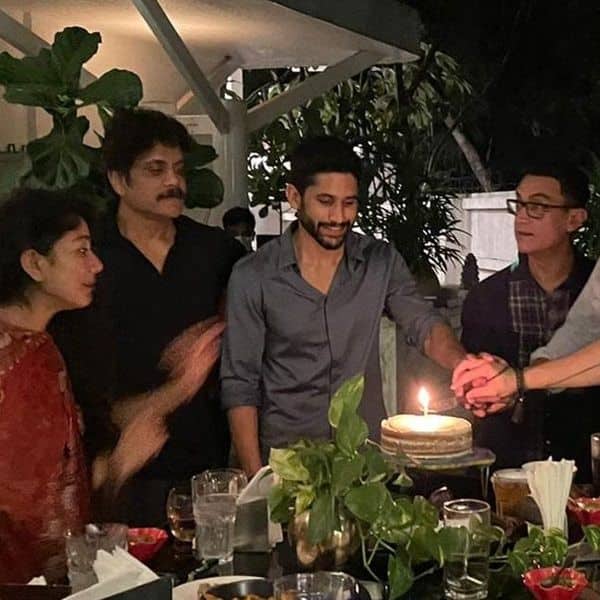 Worried fans have been wondering why Samantha was not a part of such an important event hosted by the Akkineni family. It caught fans' attention and hence, added more fuel to the rumours of Samantha and Naga living separately. Meanwhile, a video of a fan making an emotional appeal to Naga requesting him to not divorce Samantha has gone viral on the internet.

"I never mixed the both. I’ve always had this habit that I learned from my parents as I was growing up, I always noticed once they came home, they never spoke about work. And when they went to work, their personal life was never diluting into work. It was a very nice balance that they maintained, which I always observed," Naga told Film Companion.

Meanwhile, Naga's Love Story has been receiving rave reviews from the critics and fans alike. The film also stars Sai Pallavi in the lead.