'It feels like the first day of her school just that she won't be returning by evening,' wrote Naga Babu. 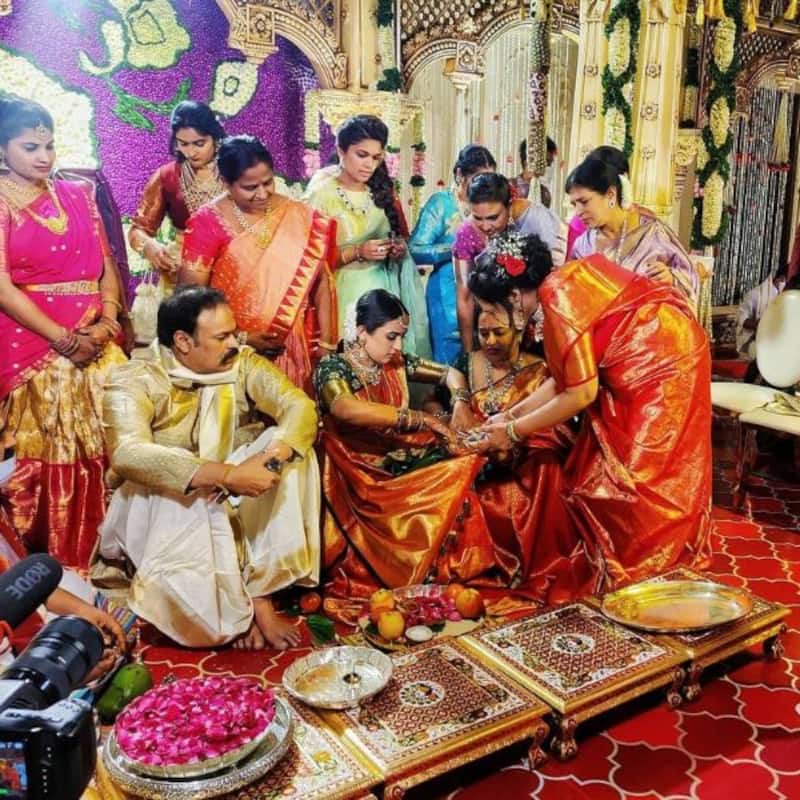 Chaitanya JV and Niharika Konidela tied the knot yesterday. Naga Babu penned an emotional note for Niharika. He posted a picture of the wedding rituals on Instagram and wrote, “I wish you all the best wishes for your new life…It looks like the end of an Era….Serious nostalgia hit me all again… It feels like the first day of her school…just that she wont be returning by evening. It took years to make peace with the fact that my baby girl is all grown up to go to school and I can’t play with her 24 x 7.. Just donno how long it will be this time….’Only time will decide.’ Also Read - SHOCKING! Ram Charan's cousin Niharika Konidela detained by cops with Rahul Sipligunj after drug-bust raid at pub – deets inside


Allu Arjun took to Instagram and posted a picture with his family and the newlyweds. “Congratulations @niharikakonidela & @chaitanya_jv,” he wrote. Also Read - Chiranjeevi's niece Niharika Konidela DELETES Instagram account due to trolling? Here’s what we know

Niharika and Chaitanya got engaged in August this year. Also Read - Rana Daggubati-Miheeka Bajaj, Kajal Aggarwal-Gautam Kitchlu and more: South celebs who got married during the COVID-19 crisis

In a past interview to 123telugu, she spoke about not doing glamorous roles. She said, “I have never been a fan of glamorous roles and never wanted to do them either. I am getting all the limelight now as I come with the Mega tag. But in order to gain my own individuality, I will have to prove my worth in performance oriented roles in the long run. Thankfully, I am making my debut with a challenging film like Oka Manasu.”

She also said that she passionate about films. “I have always been passionate about films since my childhood. Films motivated me to step into the TV world and later film production. The passion for acting grew stronger during my stint as a TV show host. The moment I had the confidence and felt that I was ready for acting, I expressed my desire to my family members.”