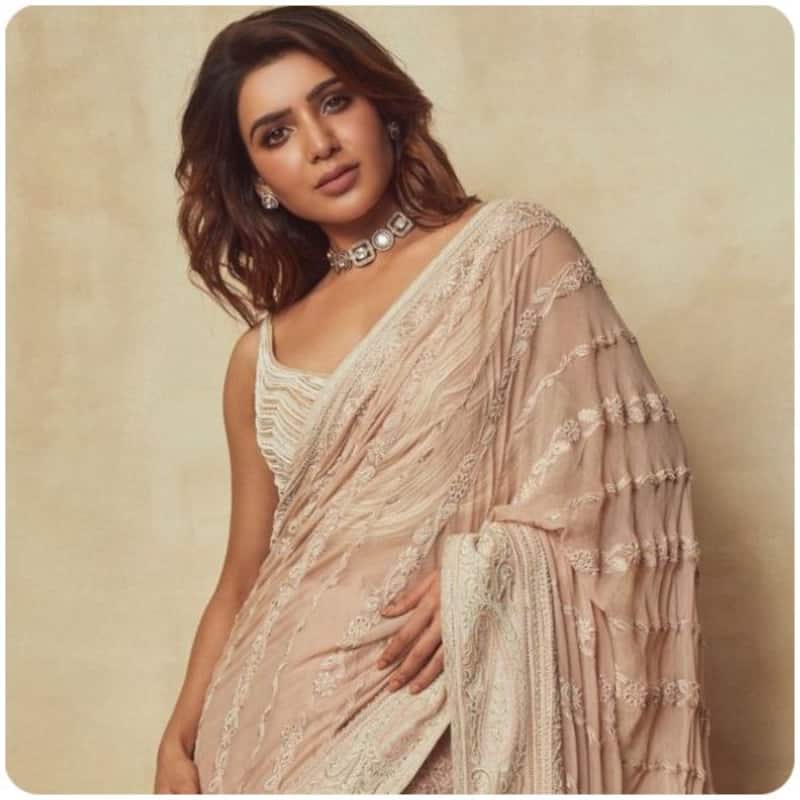 Samantha Ruth Prabhu is right now at the top of her game and is the number actress according to the Ormax survey. Samantha made it despite having no backing and she is damn proud of her journey. The actress has come a long way and recently in her speech at a college she spoke about how hard her days were and how she was determined to achieve her dreams. The Oo Antava actress who has been seeing a lot of fame after featuring in Allu Arjun's Pushpa reveals that how she didn't have money to even eat basic 3 meals in a day and survived on two. Also Read - Ahead of Vikram Vedha release, Soha Ali Khan reveals why two male actors don't wish to star together in the same film [Exclusive]

Samantha reportedly said, "I ate one meal a day for at least two months. I worked odd jobs. And I’m here today. If I was able to do it, you can!" Samantha Ruth Prabhu even recalled how her parents always advised her to study hard in her college days and she even did. However, they had no money for her further studies but she didn't give up and today has become an inspiration for millions.
When Sam entered the South film industry, she was nothing. The actress worked immensely hard to make her name. Samantha in Koffee With Karan 7 even revealed how everyone is aware of the star kids getting it easy but even they have their demons to face. And if they are in the race even their father can't do anything for them and they will have to win the game on their own. When KJo asked about the first advantage the star kids get she said, "But then comes the second and the third and the fourth. And for me, when I entered the industry, if I failed, just my mom, dad, and brothers would have known that I failed. But when a star kid fails, the whole country knows. And you are constantly being pitted or being compared to the legacy that you are coming from." The actress is here to stay no matter what.
Also Read - Top South Indian actors and their alleged extra-marital affairs that rocked the industry
Advertisement
Stay tuned to BollywoodLife for the latest scoops and updates from Bollywood, Hollywood, South, TV and Web-Series.
Click to join us on Facebook, Twitter, Youtube and Instagram.
Also follow us on Facebook Messenger for latest updates.
Advertisement