SIIMA Awards 2022 mishap: Ranveer Singh gets accidentally hit in the face after fans overcrowd the venue

Ranveer Singh's entry at the SIIMA Awards 2022 caused a mob-like situation and the Padmaavat got accidentally hit in the face during the mishap. Ranveer Singh graced the 10th Edition of the South Indian International Movie Awards (SIIMA) held in Bengaluru on September 10 and impressed everyone with his energetic antics. The award function saw the who's who of south industry such as Allu Arjun, Yash, Vijay Deverakonda and others coming under the same roof to celebrate their achievements. However, Ranveer's entry caused a mob-like situation and the Padmaavat got accidentally hit in the face during the mishap. Also Read - Koffee With Karan 7 finale: Karan Johar gets massively trolled for his Alia Bhatt obsession; gets compared with her character in Brahmastra

According to Bollywood Hungama, when Ranveer arrived at the venue, fans thronged the red carpet area to catch a glimpse of the Bollywood star. Ranveer made a stunning entry on the red carpet wearing a white suit and interacted with the media present there. However, several fans suddenly gathered around the red carpet for selfies which caused a chaotic situation. Also Read - Khatron Ke Khiladi 12 grand finale written update: Tushar Kalia BEATS Faisal Shaikh and Mohit Malik to be the ultimate winner

As Ranveer got mobbed by the fans, the actor had to bear the brunt of the situation. One of the fans who was trying to catch a glimpse of Ranveer, accidentally hit his face during the chaos. However, Ranveer escaped getting unhurt in the overcrowded situation. Later, he was presented with the Most Loved Hindi Actor in South Industry award at the ceremony. Also Read - Heart of Stone first look: Arjun Kapoor and more Bollywood celebs REACT to Alia Bhatt's Hollywood debut; here's what they said 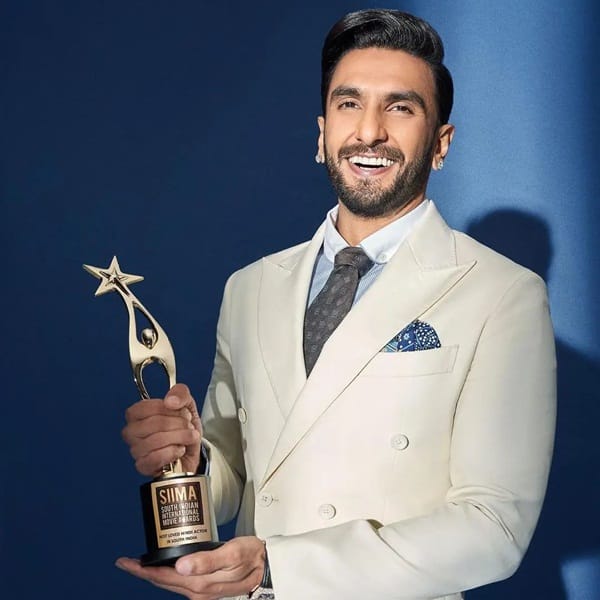 While Pushpa got nominated in a whopping 12 categories, Boyapati Srinu's Akhanda, featuring Balakrishna in the lead, has got nominated in 10. Anudeep KV's Jathi Ratnalu and Buchi Babu Sana's Uppena were close behind with eight nominations each. In the Tamil section, director Mari Selvaraj's critically acclaimed blockbuster Karnan, featuring Dhanush in the lead, led the pack with 10 nominations.