Dulquer Salmaan is the son of popular Malayalam star Mammootty. Dulquer opened up if being the son of a superstar father helped him or influence his career in any way. Dulquer Salmaan's latest release is Sita Ramam co-starring Mrunal Thakur, Rashmika Mandanna and Sumanth. 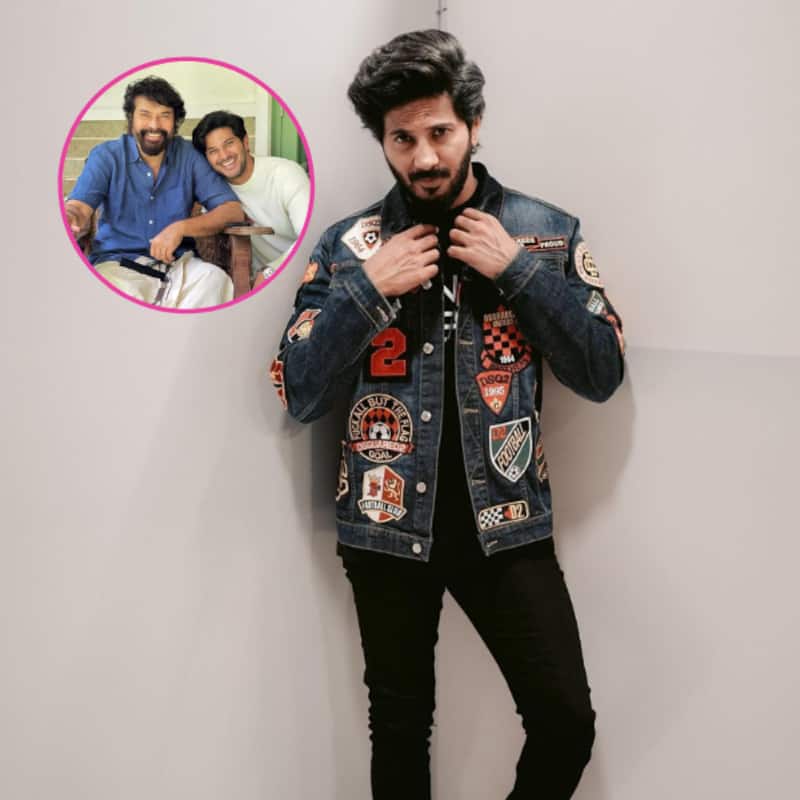 Dulquer Salmaan is currently basking in the reviews and love that Sita Ramam is getting from all corners. Sita Ramam is Dulquer's latest release which also features Mrunal Thakur, Rashmika Mandanna and Sumanth in the lead. Dulquer is one of the heartthrobs of the country and his fame continues to rise with each film. Dulquer Salmaan is the son of popular Malayalam star Mammootty. Recently, in an interview, Lt. Ram of Sita Ramam aka Dulquer was asked if being the son of Mammootty influenced his career, basically, if nepotism played any role in his career. Also Read - Sita Ramam: Rashmika Mandanna opens up on playing Afrin in the Dulquer Salmaan, Mrunal Thakur starrer; says, 'Hard work has paid off'

Dulquer Salmaan on being Mammootty's son and nepotism

Nepotism is one of the hottest debates in the world of entertainment news. Mammootty is one of the biggest names across the country. He is one of the most respectable stars in the country and is known for his humility and simplicity. Mammootty has not just acted in films in several languages but has also produced them. He is also a recipient of Padma Bhushan, one of the highest civilian honours of the country, for his contribution to the world of Indian Cinema. And naturally, being the son of a superstar father, Dulquer Salmaan was asked if his father's work or popularity helped him in his career in any way. Mammootty's career is spread across 5 decades. DQ said, "I worked to have my own identity," reports Deccan Chronicle. He says that he has been fortunate to absorb a lot of things and watch other actors and make his choices. Dulquer Salmaan said that he has learned all of his DOs and DONTs and has always felt important to have his individual identity. Also Read - Sita Ramam: Dulquer Salmaan pens a heartfelt note for Telugu fans after his film's success; says 'Cried on the day of release'

Well, in the same interview Dulquer Salmaan also reacted to the word pan-India. He was asked about the ongoing craze around the word. Dulqer has a unique point of view about the term Pan-India. He feels that the term is being overused now. Dulqer doesn't see this as a new concept as he feels Amitabh Bachcha, Rajinikanth, Chiranjeevi, Nagarjuna Akkineni and other stars have already broken the boundaries long ago. However, DQ feels that it's a positive change to see people seeing the entertainment industry as one industry. Also Read - Trending South News Today: Vijay Deverakonda NOT signing Hindi films, Prabhas-Shruti Haasan's Salaar shooting delayed and more


Meanwhile, Sita Ramam was released on 5th August 2022. The Dulquer Salmaan, Mrunal Thakur, Rashmika Mandanna and Sumanth starrer is helmed by Hanu Raghavapudi. Stay tuned to BollywoodLife for the latest scoops and updates from Bollywood, Hollywood, South, TV and Web-Series.
Click to join us on Facebook, Twitter, Youtube and Instagram.
Also follow us on Facebook Messenger for latest updates.
Advertisement