Sita Ramam: Prabhas has given a thumbs up to Dulquer Salmaan's film says it is a movie for the big screen. He said Rashmika Mandanna, the No.1 heroine was in the film 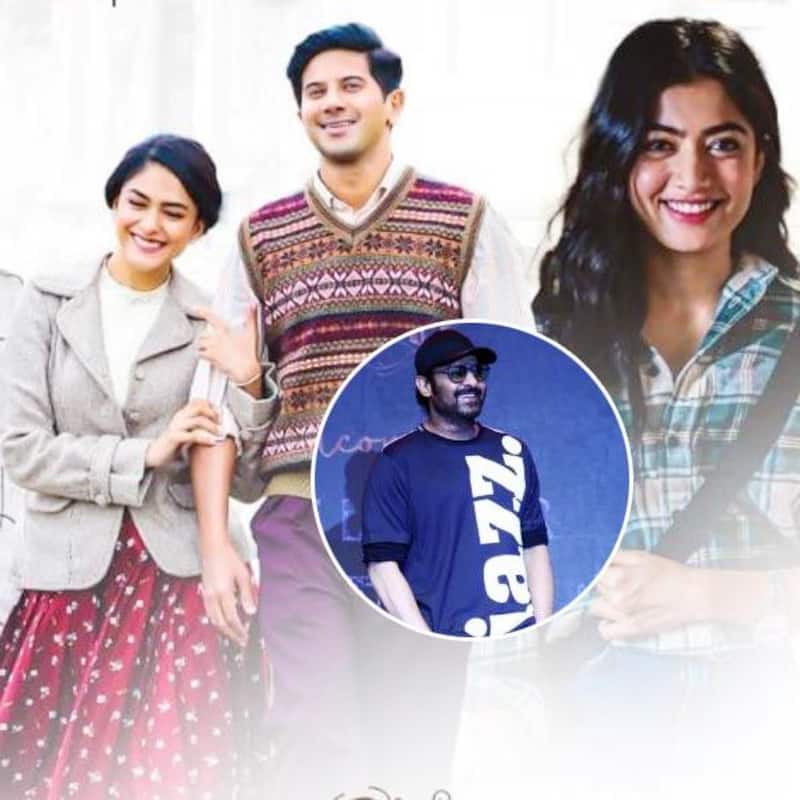 Dulquer Salmaan and Mrunal Thakur's Sita Ramam is making noise ever since the gorgeous trailer came out. The makers hosted a pre-release event which was attended by the star cast and Baahubali hunk, Prabhas. Fans were thrilled to see the star who came dressed in denims, tee and a cap. Prabhas said he had watched the film and loved it. He was full of praise for Dulquer Salmaan, Rashmika Mandanna and the filmmaker Hanu Raghavapudi. He said that Rashmika Mandanna was the most wanted actress across languages. Also Read - South News weekly rewind: Naga Chaitanya on his tattoo with Samantha Ruth Prabhu connection, Rashmika Mandanna opens up about her BREAKUP with Vijay Deverakonda and more

Prabhas made an important point about watching films in theatres. He said that Sita Ramam was a film that deserved to be seen on the big scale. Prabhas said he was blown over by the visual splendor of the movie. Sita Ramam has been shot in Kashmir and Russia. He was quoted as saying, "This is a film that should be watched in theatres. The budget which the producers spent and the scale is huge. For example, do we stop going to the temple because there's a pooja room at home? For people in the cinema, theatres are our temples." Also Read - Kaun Banega Crorepati 14: Amitabh Bachchan shares the REAL story behind Allu Arjun's 'slipper' step in Pushpa's Srivalli

Prabhas said that actors toiled hard for the general public. He said that Sita Ramam was a big film, and it had Rashmika Mandanna who is the most wanted heroine. Well, this kind of endorsement from Prabhas who is one of the biggest pan-India stars is a huge thing for Rashmika Mandanna. Also Read - Liger star Vijay Deverakonda FINALLY opens up on link-up rumours with Ananya Panday, Rashmika Mandanna; says, 'When people love you...'

Dulquer Salmaan said that he had a tidbit about Project K, which is a Nag Ashwin movie. It stars Deepika Padukone, Amitabh Bachchan and Prabhas in main lead roles. He said he had been to the sets of the movie and it is a film that will change Indian cinema. Sita Ramam is the love story of Lieutenant Ram and Sita who part ways when he is posted in Kashmir during the war. Rashmika Mandanna plays Afreen who narrates their love story.