Rashmika Mandanna has revealed that the reception for Sita Ramam, costarring Dulquer Salmaan and Mrunal Thakur, has made her want to explore more period movies in future 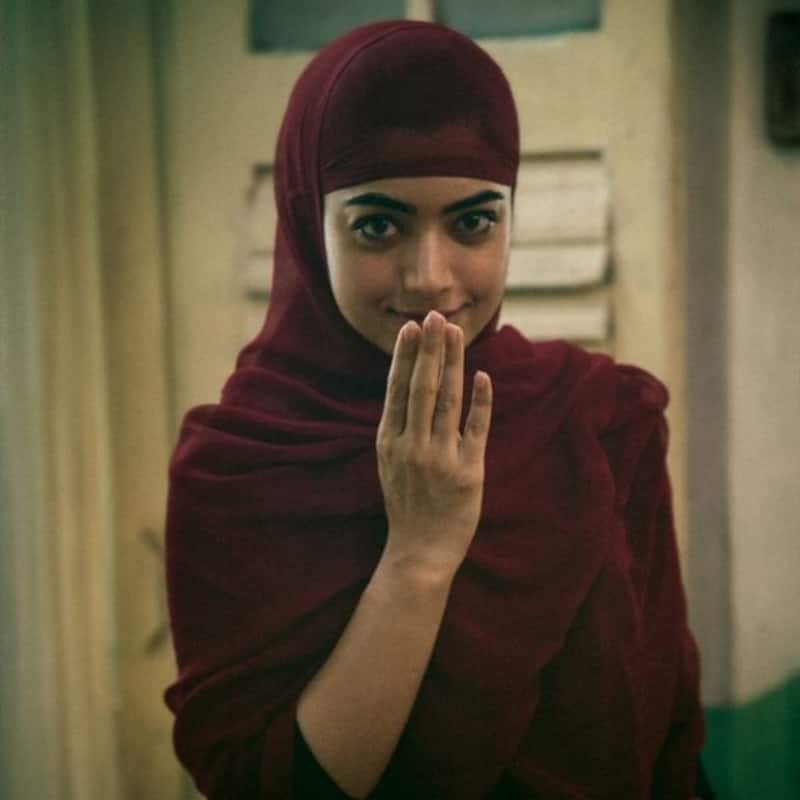 Sita Ramam, the latest offering from Telugu cinema, has hit the bullseye with both the audience and critics, giving the Telugu film industry reason to cheer after eons. Not only did Sita Ramam earn rave reviews, but it's already a blockbuster, too, with not even a week passing since its release in cinema halls. The period-romantic drama, starring Dulquer Salmaan, Mrunal Thakur and Rashmika Mandanna in lead roles has been loved by everyone and their grandma among those who've seen it and the euphoria surrounding the Telugu movie seems to only be burgeoning with each passing day. Rashmika has now recently opened up about the film. Also Read - Kangana Ranaut gives a shoutout to Mrunal Thakur for Sita Ramam; says, 'Zindabad thakur madam'

Rashmika Mandanna opens up on playing Afrin in Sita Ramam

In a chat with with entertainment news portal HMTV, Rashmika Mandanna said that the success of Sita Ramam has filler her with immense joy and it's the result of a long period of hard work by the entire cast and crew. The appreciation her own performances has garnered has also brought her a great deal of happiness as she put in 2 years of meticulous, painstaking effort into preparing for her role of Afrin, which she claims is something she hitherto hadn't done. What's more, it has also instilled her with the confidence to experiment with such to experiment with such untested characters in her filmography going forth. Also Read - Dulquer Salmaan REVEALS why he isn't doing pan-India films like Allu Arjun, Prabhas; says, 'I don't see myself as that type of star' [Exclusive]

Rashmika Mandanna added that the reception for Sita Ramam, costarring Dulquer Salmaan and Mrunal Thakur, has made her want to explore more period movies in future. Speaking about other genres she'd like to try has hand at, the star revealed that she'd also like to explore a sports biopic. Coming to her Director, Hanu Raghavapudi, the actress called him “very passionate” and wished him “greater success” for his forthcoming endeavours. Also Read - Top South News Weekly Rewind: Ponniyin Selvan historical promotional campaign, Vijay's new movie after Thalapathy 67 and more