Dulquer Salmaan fans are taking potshots at Radhe Shyam director Radha Krishna Kumar and leading man Prabhas, citing how Sita Ramam is how a good love story should be made, and that, too, on a far lesser better budget 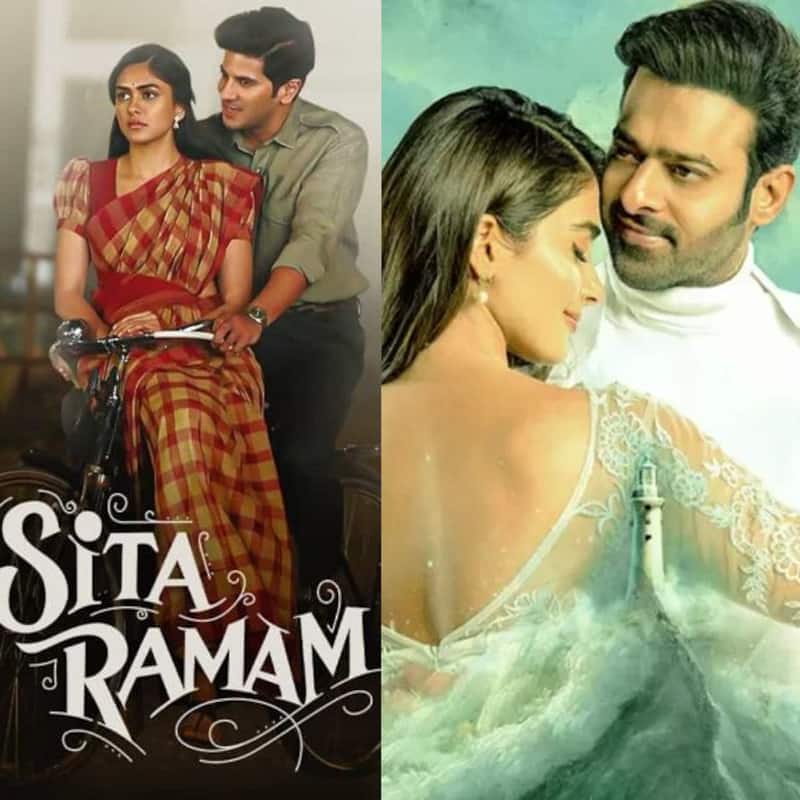 South Indian movie Sita Ramam, starring Dulquer Salmaan and Mrunal Thakur, has garnered rave reviews from across the ever since it released this past Friday, 5th August. And now, it looks like Dulquer Salmaan fans are taking potshots at Radhe Shyam, especially with digs against the movie's Director, Radha Krishna Kumar, and its leading man, Prabhas, citing how Sita Ramam is how a good love story should be made, and that, too, on a far lesser better budget, plus, sans the same star power. Also Read - Dulquer Salmaan to shift focus to Bollywood and Tollywood offers after Sita Ramam, Chup? Here's what we know

One netizen wrote: “Sita Ramam’s chemistry is what #RadheShyam should have been….just budget and star cast unte saripodu…content is the god…producers council petkoni discuss cheskovalsindi em ledu…u give us the right content, we give you the right viewership and numbers..as simple as that.” On the other hand, another commented: “Both Radha Krishna (Radhe Shyam director) and Hanu Raghavapudi (Sita Ramam director) are disciples of Chandrasekhar Yeleti. The latter delivered a winning love drama with Rs 40 crore Sita Ramam. The former made Radhe Shyam with Rs 300 crore only to deliver a half baked product.” Also Read - Sita Ramam actress Mrunal Thakur opens up on being ignored by Bollywood filmmakers: 'I tried hard to convince them...'

Prabhas' next film, Salaar, has now hit a roadblock. As per entertainment news web portal Telugu Cinema, the makers of Salaar had planned to wrap up the entire shoot by this December. However, the Telugu Film Chamber of Commerce and Telugu producers Council's joint decision to halt all shoots until and unless top Telugu heroes don't rework their fess and filmmakers don't recheck the window between the theatrical and OTT releases of their movies, has thrown a wrench in the plans of team Salaar. The report suggests that the Prabhas and Shruti Haasan starrer will now only resume shooting later this months or perhaps early September. Also Read - Kangana Ranaut gives a shoutout to Mrunal Thakur for Sita Ramam; says, 'Zindabad thakur madam'