As the makers of Prince locked a new release date, Sivakarthikeyan blamed Sathyaraj as the reason for film's delay. He said that Sathyaraj has changed after tasting success with Baahubali and wants to control everything. 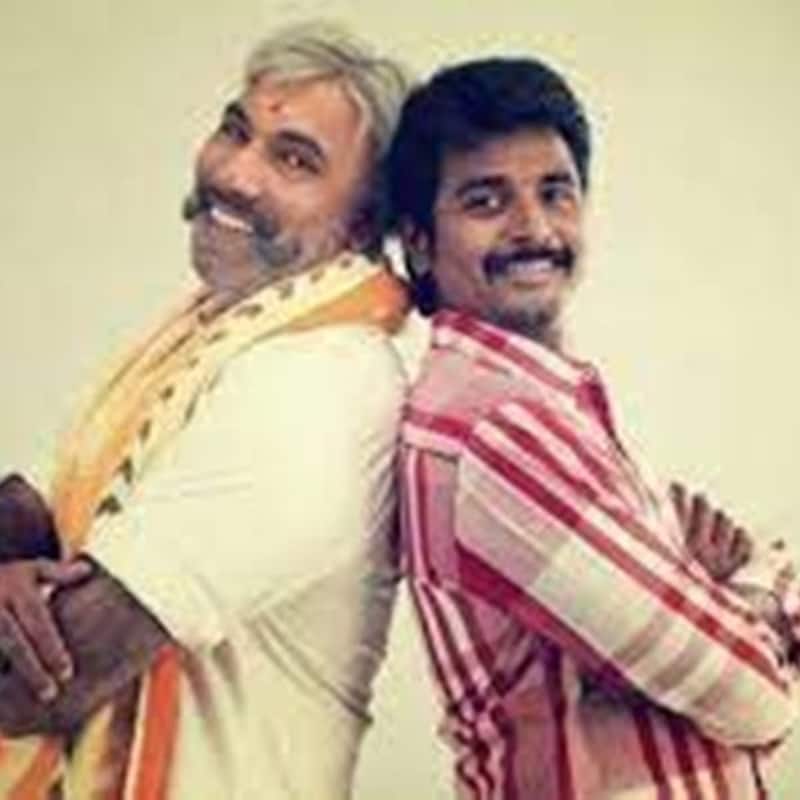 The makers of Sivakarthikeyan and Ukrainian actress Maria Ryaboshapka's much-awaited film Prince, directed by Anudeep KV, was supposed to hit the theatres on August 31. However, the film got postponed due to some reasons. As the makers have locked a new release date, Sivakarthikeyan has blamed Sathyaraj as the reason for film's delay. He said that Sathyaraj has changed after tasting success with Baahubali and wants to control everything. Also Read - Trending South News Today: SS Rajamouli's big plans for Mahesh Babu's next, Nayanthara splurging on the interiors of her new home and more

In the clip, Sivakarthikeyan is seen ranting about Sathyaraj. "When shooting for Varuthapadatha Valibar Sangam, he used to be very kind and hug me. Now, if I try to hug him, he asks me ‘how dare you hug me?’ I’m Kattappa. After he became a pan-India star with Baahubali, he has changed. He has become very controlling. He even controls the release plans of the movie. I’m being very patient," he said. Also Read - RRR and Baahubali director SS Rajamouli makes big BREAKING announcement – reveals plans for making Mahabharata

As Sivakarthikeyan goes on to say, "But, if I once lose my temper…,” he gets interrupted by Sathyaraj who then asks, "What will happen if you lose temper, Siva?” To which, Sivakarthikeyan responds, "I will automatically cool down, sir.” Also Read - Trending South News Today: Dhanush's Captain Miller first look, Prabhas-Anushka Shetty to reunite and more

The announcement on the new release date was made by the film unit through a humorous video clip. In the end, Sivakarthikeyan makes the announcement that the film will release in Tamil and Telugu on Deepavali this year.

The film, which has been shot in a single stretch schedule in Karaikudi and Pondicherry, has actor Sathyaraj playing an important role. In the first-look poster, Sivakarthikeyan appears like a peacemaker in the poster, as he wears white and white with a globe in his hand. The hands are painted with country maps and we can also see world map and a dove which is the symbol of peace can be seen in the background.

Maria Ryaboshapka, the Ukrainian actress last seen in Special Ops 1.5: The Himmat Story, plays the female lead in the film. Senior actor Sathyaraj also has an important role in the movie.