Sivakarthikeyan getting paid a bomb for Prince, hikes fee after back-to-back hits? [Exclusive]

The makers of Prince are said to be paying what Sivakarthikeyan has asked, firstly because he's shooting a bilingual, and moreover, his demand has grown higher as his market justifies it 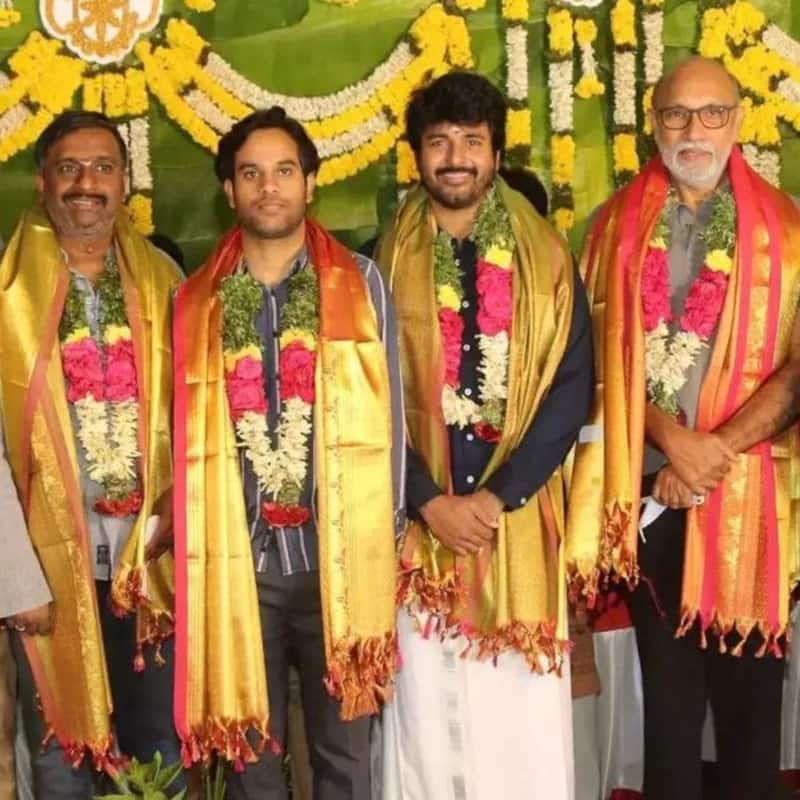 Actor Sivakarthikeyan is undoubtedly one of the most bankable actors down the south. With two back-to-back hits with Doctor and Don in Tamil and Telugu as well, the actor has now become one of the most sought-after actors down the south. Called as SK by his fans, this actor is currently busy with his Telugu debut project Prince which will hit the screens on Diwali. Directed by KV Anudeep, the film has Russian girl Maria playing the heroine and Satyaraj in a key role. Also Read - Bollywood Stars Weekly Horoscope from September 5 to September 11: Here's how Alia Bhatt, Sonam Kapoor and your week will be as per astrological predictions

Sivakarthikeyan was introduced to Telugu audiences with Remo. Since then, all his films are dubbed and released in Telugu as well. This shows the kind of demand and the market he built for himself. Post the release of Seemaraja, he never had to look back. As per our source, the actor is now charging a whopping Rs 30cr as his remuneration. He produced Doctor and the film made above RS 100 Cr at box office. Don also was a huge hit. Keeping both these films in mind, and their collections, the actor hiked his remuneration leaving the producers jaw dropped. Also Read - Unlike Bollywood and Tollywood, Tamil film industry stars like Kamal Haasan, Ajith, Suriya and more ruled 2022 with THESE massive box office hits

The makers of Prince are said to be paying him 30 Cr. A source said, “That amount is paid as he is shooting it as a bilingual. From now, he's going to stick to it. His demand got higher and so did his market. Producers are ready to pay what he asks because he brings audiences to theatres and money would flow.” Also Read - Trending South News Today: Mahesh Babu's Marathi speaking skills, Liger star Vijay Deveralonda's REACTION to Ananya Panday's opinion on Arjun Reddy and more

While the Telugu film industry is struggling in different ways, producers have recently said that heroes should cut down their remuneration and charge only minimum. In that case, how far is it fair to pay that amount to someone from other industry?