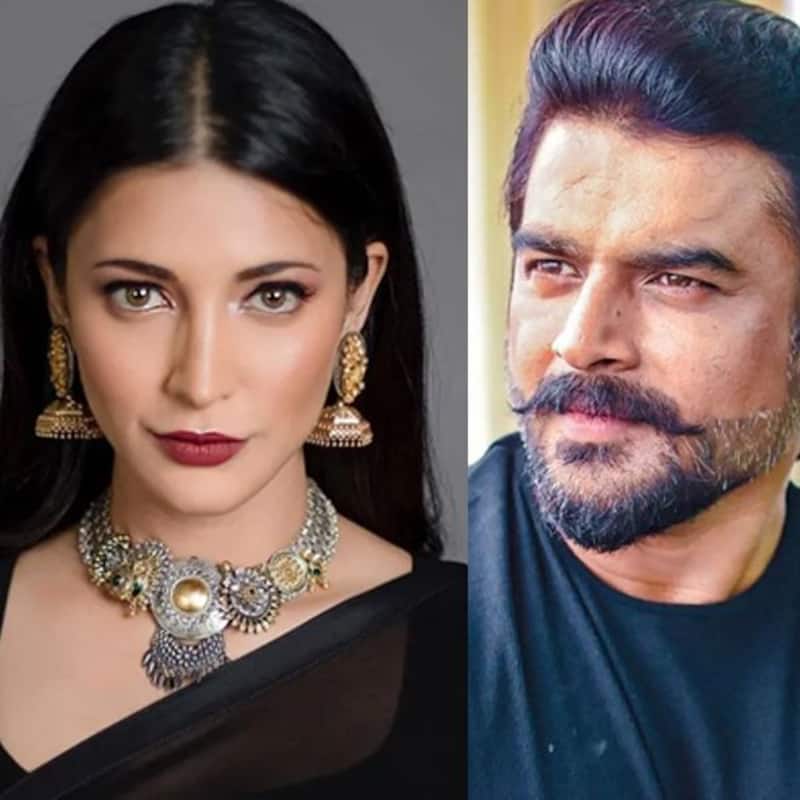 From the Shruti Haasan opened up about battling Polycystic ovary syndrome (PCOS) and endometriosis, Liger stars Vijay Deverakonda, Karan Johar, Ananya Panday wish Mike Tyson, Rocketry: The Nambi Effect star R Madhavan trolled for getting the number of Indian Twitter users wrong, Shruti Haasan opens up about her relationship with Santanu Hazarika, many South celebs and films have made it to the headlines today. You might have missed some important updates about your favourite star or his/her movies. But don’t worry as we are here with the round-up of what all happened in the South film industry today. Below is the list of trending South news… Also Read - Trending South News Today: Vijay Deverakonda opens up on his equation with Karan Johar, Ponniyin Selvan’s new single Chola Chola impresses fans and more

Shruti Haasan opens up about suffering from PCOS and endometriosis

Shruti Haasan opened up about battling Polycystic ovary syndrome (PCOS) and endometriosis in her recent social media post. She revealed about having a tough time battling hormonal imbalance. She wrote, “Work out with me ? I’ve been facing some of the worst hormonal issues with my PCOS and endometriosis – women know it’s a tough fight with imbalance and bloating and metabolic challenges – but instead of looking at it as a fight I choose to accept is as natural movement that my body goes through to do its best and I say Thankyou by eating right sleeping well and enjoying my work out.” Read Also Read - Liger star Vijay Deverakonda is TIRED of restless promotions; talks about taking a proper break and his next with Samantha Ruth Prabhu

R Madhavan who is currently promoting Rocketry: The Nambi Effect is once again being trolled as he misquoted the number of Indian Twitter users. A Twitter user shared a video of the actor to slam him for stating that there are 25 Lakh Twitter users instead of 250 Lakh. The now-deleted tweet of the troll read, “Madhavansplaining: This @ActorMadhavan is spewing non stop nonsense to promote his film and it is only getting more and more laughable with every passing day. Isn’t there any other way to promote his film than this?” However, Madhavan did not keep quiet and instead gave it back with power. The actor wrote, "Easy bro.. you are a sportsman.. I am exhausted sleep deprived, so said less than 25lakhs instead of 250 lakhs .. but the point was it still less that 1.7% of the population – which was my point .. why so much venom bro.. not good for your sport." Read Also Read - Liger: Rumours of Vijay Deverakonda throwing attitude at journalists totally BASELESS – here's the TRUTH

Mike Tyson turned 56 years old and Liger co-stars including Vijay Deverakonda, Karan Johar, Ananya Panday wished him with a special video. In the video, Vijay, Ananya, Karan Johar and other team members of the film have wished Tyson Happy Birthday. Vijay tweeted the video and wrote, “Happy Birthday @MikeTyson I never even dreamt of meeting you, forget all the things I got to do with you. You are a memory for life #Liger.” Read

Shruti Haasan opens up about her relationship with Santanu Hazarika

Shruti Haasan and Santanu Hazarika have been dating each other for a couple of years now. The Salaar actress open about her relationship with Santanu Hazarika and was quoted by IndiaToday saying"I am really proud of the person I am with (Santanu). He is an amazing human being and extremely talented." Read

Adipurush: Prabhas and Kriti Sanon's chemistry to be the highlight of the film?

Adipurush stars Prabhas, Kriti Sanon, and Saif Ali Khan in main roles. A source close to the film who has watched some scenes stated, "Last week, the entire cast and film team had gotten together at director Om Raut’s house to celebrate what they have achieved till now and to see how the film is shaping up. They also watched some of Kriti and Prabhas’ scenes, which have turned out very well. The chemistry between them has translated beautifully; they just make for a fabulous pair on screen." Read

Salaar: Rocky Bhai aka Yash to appear in a cameo alongside Prabhas in Prashant Neel's directorial?

Rocking Star Yash is all set to make a brief appearance in Prabhas' most-anticipated action thriller Salaar. If rumours are confirmed, it will be South India's biggest collaboration, as both pan-India stars Prabhas and Yash will be seen in a single frame. Read