Ponniyin Selvan is Manirathnam's magnum opus, is one of the most anticipated films of the year.

Ponniyin Selvan is Manirathnam's magnum opus, is one of the most anticipated films of the year. Fans cannot keep calm and are eagerly waiting for the movie. But recently, the fans got a sneak peek of Aishwarya Rai's looks from the film which got leaked. The historical drama Ponniyin Selvan is Mani Ratnam's dream project. But due to the picture that got leaked on social media recently, has made the entire team quite upset. Also Read - WTF Wednesday: ‘Are you pregnant?’ Dear fans, stop asking women in Bollywood and TV this cliché question The makers are planning to take strict action against photos and videos being captured from the shooting spot and that are posted on various accounts. Also Read - Ponniyin Selvan: Not just Mani Ratnam's magnum opus, Soundarya Rajnikanth to adapt epic Tamil novel in a web series; read deets to know more 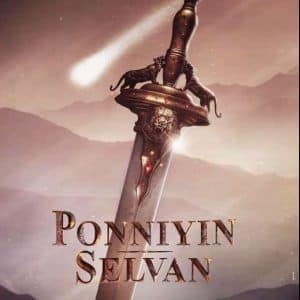 Aishwarya Rai Bachchan will essay the role of Poonguzhali the wife of Uthama Chola and aunt of Rajendra Chola. In the recently leaked picture, we see her decked in a red saree and she looks like a Queen. There are several BTS that went viral on social media. The film features Vikram, Karthi, Jayam Ravi, Prakash Raj, Aishwarya Rai Bachchan, Trisha, Vikram Prabhu, Aishwarya Lekshmi, and several others. Currently, the shooting of the movie is happening in Madhya Pradesh.