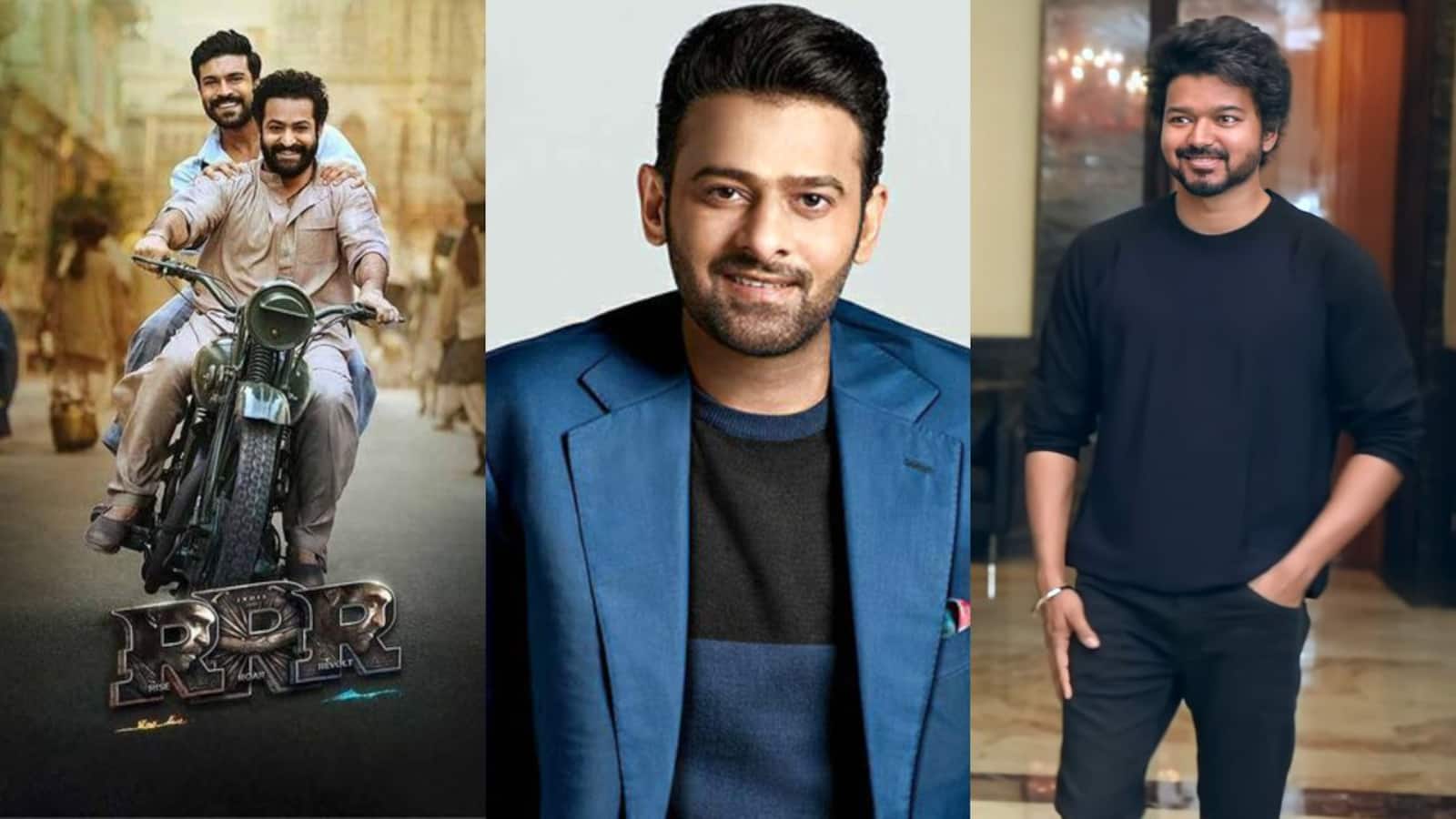 Kajal Aggarwal, Mahesh Babu, Prabhas, Deepika Padukone, Thalapathy Vijay, Ram Charan, Jr NTR, Rashmika Mandanna, and others are among the top newsmakers of today from South. If you have had a busy day and want to know what happened in the world of entertainment, you are at the right place. Mahesh Babu to join the sets of Sarkaru Vaari Paata from February 12, Prabhas and Deepika Padukone to start shooting for Project K soon, Thalapathy Vijay to reunite with Atlee for the fourth time, Ram Charan-Jr NTR's RRR better than Prabhas' Baahubali?, Rashmika Mandanna's upcoming Telugu biggie Aadavaallu Meeku Johaarlu with Sharwanand drops major update and other such stories are a part of our trending South news. So read on to know more about our South newsmakers of the day. Also Read - Pathaan Box office collections day 3 prediction: Shah Rukh Khan-Deepika Padukone starrer to witness a marginal dip yet mint massive

Aadavaallu Meeku Johaarlu will star Rashmika Mandanna along with Sharwanand in lead role. The film will be releasing in theatres and fans are eagerly waiting for the movie. The Telugu movie, which is produced by Sudhakar Cherukuri of Sri Lakshmi Venkateswara Cinemas. The makers have a major update as the Aadavaallu Meeku Johaarlu teaser will be dropped on Thursday, 10th February. The is carrying, some industry insiders are already wondering albeit optimistically if this is going to be her next Pushpa, quick on the heels of the Allu Arjun starrer. Also Read - Pathaan: Kamaal R Khan claims that he urged Shah Rukh Khan to change title of the film but the superstar stuck to his guns [Read Tweets]

Also read: Rashmika Mandanna's upcoming Telugu biggie Aadavaallu Meeku Johaarlu with Sharwanand drops THIS MAJOR update; will it be her next Pushpa?

Directed by SS Rajamouli, Ram Charan and Jr. NTR starrer RRR is one of the most anticipated films. Cinematographer KK Senthil Kumar has now compared it with Baahubali. The film is slated to release on March 25, 2022. At a promotional event of the film, he said that after working on Baahubali series, he never thought they would work on a project bigger than Baahubali.

Thalapathy Vijay to reunite with Atlee

Thalapathy Vijay and Atlee have to reunite for the fourth time. Reportedly, the two will reunite for a feature film that kicks off in 2023. A source close to the development said that the two collaborated for three successful films. In the pandemic, Atlee has locked the basic premise of this film, said the source.

Prabhas and Deepika Padukone to start shooting for Project K

Prabhas and Deepika Padukone will start shooting for Nag Ashwin's Project K. The film is currently at the early stages of production and makers are working on the schedule of the film. The makers are preparing for the pre-production of the movie. Reportedly, the schedule of Project K will take place in Hyderabad and will start from the second week of February.