Finally! Yash and Sanjay Dutt starrer KGF 2 to release on THIS date; read deets inside

The film is directed by Prashnath Neel and stars Yash as Rocky, Sanjay Dutt as Adheera, Raveena Tandon as Ramika Sen, and Srinidhi Shetty as Reena in pivotal roles.

Kannada superstar Yash starrer KGF 2 is the most awaited film of the year. Well, as per the film critics the film will have a theatrical release on September 9, 2021. But, this is only possible if the third wave of COVID-19 does not hit the country and the virus comes under control. Also Read - KGF Chapter 2, Shamshera and more: All you need to know about Sanjay Dutt’s upcoming films

Well, according to the reports the makers of the film are in talks with Amazon Prime Video for digital rights post the theatrical release. Film critic Sumit Kadel tweeted, “#KGFChapter2 could have a theatrical release on 9th September providing covid is under control by then & theaters reopen across India. #KGF2.” Also Read - South movies this week: Meeku Maathrame Cheptha, Ranganayaki, and Aayushman Bhava 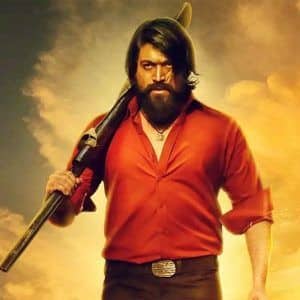 Well, there has been no confirmation about the release date and the digital release.