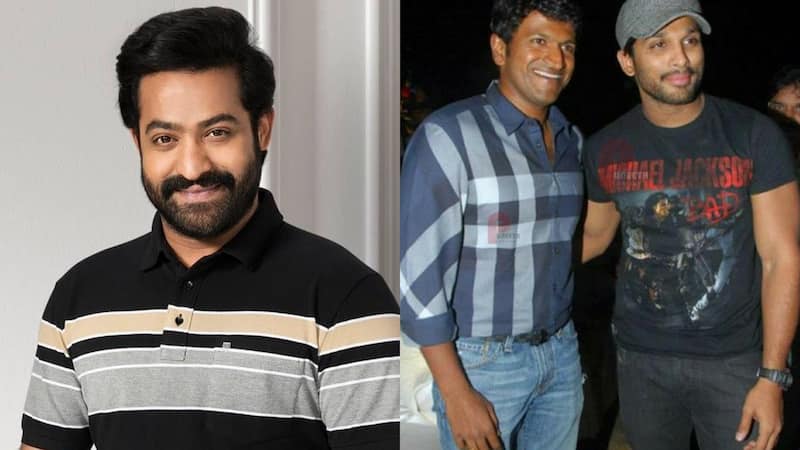 Jr. NTR reveals when NTR 31 with KGF director Prashanth Neel will go on floors, Allu Arjun visits late Puneeth Rajkumar's house, Samantha Ruth Prabhu flaunts her natural glowing skin on Insta, Rashmika Mandanna pens a note of gratitude as her debut Telugu film Chalo completes four years and others are among the top newsmakers of today from the South. If you have missed out on the important South news and want to know what happened in the world of South, we are right here. So read on to know more. Also Read - From disrespecting Hina Khan, Helly Shah for their Cannes appearance to calling Nayanthara a lesser star; 5 times Karan Johar proved he needs to think before he speaks

Jr. NTR's upcoming movie NTR 31 will be directed by KGF Director Prashanth Neel. In an exclusive interview, Jr. NTR made a huge revelation about NTR 31. “I don't want to be a spoiler here. We'll let that (the genre and a bit about what the film is about) out when the time comes. But it is definitely happening. We're looking at probably starting anywhere between around October or November of 2022. That's an interesting film, which is going to happen.” Also Read - RC15 update: Ram Charan fans ask producer Dil Raju to share news about Mega Power Star's next [View Tweets]

Allu Arjun recently visited late Puneeth Rajkumar's house and met his family. The Pushpa actor paid homage to the late superstar and also spoke to his brother Shivarajkumar and wife. Pictures of the actor have surfaced on social media and are going viral on the internet. Several actors from south industries paid their respects and offered condolences to the family after Puneeth's demise.

The Shaakuntalam actress Samantha Ruth Prabhu recently shared a no-makeup selfie on her Instagram and flaunted her glowing and clear skin. Fans were in awe of her beauty and could not take their eyes off her. Her million-dollar smile and glowing skin grabbed all the attention. In the picture, Samantha nailed the natural look selfie and looked gorgeous in an ethnic wear.

Pushpa actress Rashmika Mandanna took to Twitter and penned a heartfelt note for all her fans as her first Telugu movie Chalo completes 4 years. She thanked her fans for their love and support. She reshared a poster of a collage from the movie Chalo and wrote, "TFI.. Sparklesit’s been 4 years since I’ve come here and you’ve been so kind.. Thankyou to everyone who’s made my journey so special! Thankyou @VenkyKudumula for making this happen Red heart#happy4yearsofchalo." The actress walked down the memory lane and cherished all the happy memories.

Jr NTR and Ram Charan's RRR is all set to release on March 25. The makers of SS Rajamouli's directorial posted a BTS picture and made fans go aww of the action sequence. In the picture fans see Jr NTR on his two-wheeler while Ram Charan on a horse racing towards their mission. The BTS picture was captioned as, "Racing towards Cinemas... Coming in 50 Days!! #RRRMovie March 25th, we will see you." RRR also stars Jr NTR, Alia Bhatt, Ajay Devgn and Shriya Saran in important roles.