From Allu Sirish-starrer ABCD to Sivakarthikeyan-Nayanthara's Mr Local, here's the list of South movies hitting the screens this week: 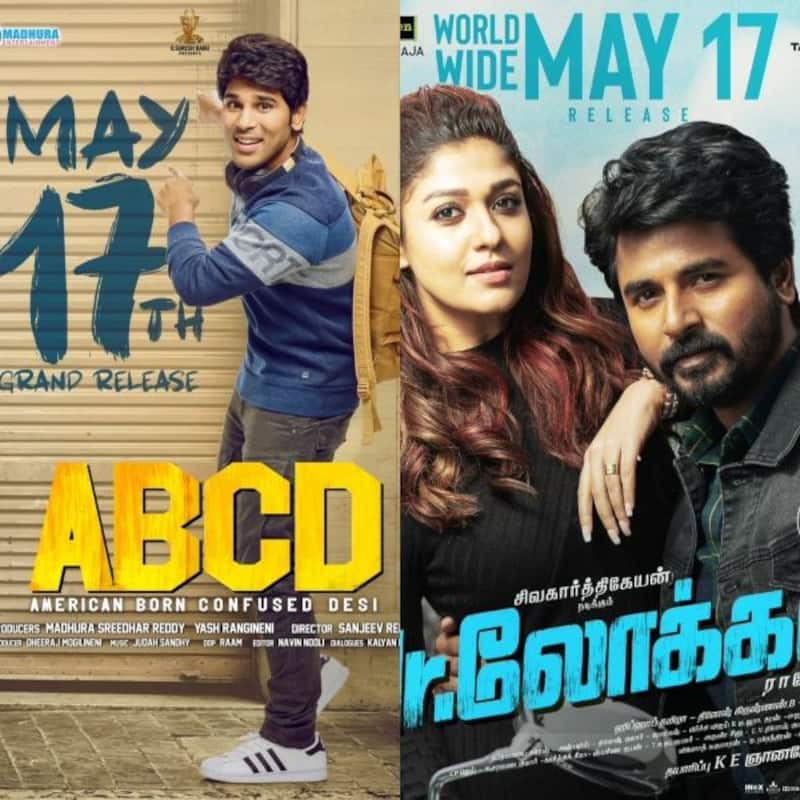 After the grand opening of Mahesh Babu-starrer Maharshi last Thursday, this week will be another busy one at the box office with quite a few releases in South. Allu Sirish-starrer ABCD is arriving on May 17 and Telugu movie buffs will surely be looking forward to this one. In Tamil, three films will lock horns at the box office – Mr Local, Monster and Natpuna Ennanu Theriyuma. While Malayalam filmmakers are yet to take the final call about which films to release. From ABCD to Mr Local, here's the list of South movies hitting the screens this week: Also Read - Trending South News Today: Yash opens up about KGF 3, Kantara actor Rishab Shetty says 'NO' to Bollywood and more

Synopsis: ABCD is the Telugu remake of Malayalam film with the same title. While the original one starred Dulquer Salmaan, the Telugu version features Allu Sirish and Rukshar Dhillon in lead roles and is directed by Sanjeev. Sirish plays an NRI who returns to Hyderabad to pursue studies but life turns very challenging for him. ABCD is releasing on May 17 worldwide.

Synopsis: Mr Local is touted to be a romantic comedy and stars Sivakarthikeyan and Nayanthara in lead roles. The trailer gave a sneak-peek of fun moments between the leads, who also get romantically intertwined. Fans are eagerly looking forward to this entertainer. Watch the trailer of Mr Local here ICYMI…

Synopsis: Natpuna Ennanu Theriyuma, as the title suggests, is a film about friendship. Filmmaker Arunraja Kamaraj will be seen playing a crucial role in the film, alongside the leads who define the importance of friendship. Much is being spoken about this film on social media and the buzz is also high.

Synopsis: SJ Suryah is back to playing lead roles with Monster, which is touted to be a horror-comedy. Directed by Nelson, the film has a fantasy theme to it with a few scary moments. Priya Bhavani Shankar will be seen playing the leading lady. Monster is slated for release on May 17.