During the trailer launch of HIT 2, SS Rajamouli was keen to know who is the villain in the film. Adivi Sesh also recalled working with the ace filmmaker in Baahubali and how he keeps learning from him. 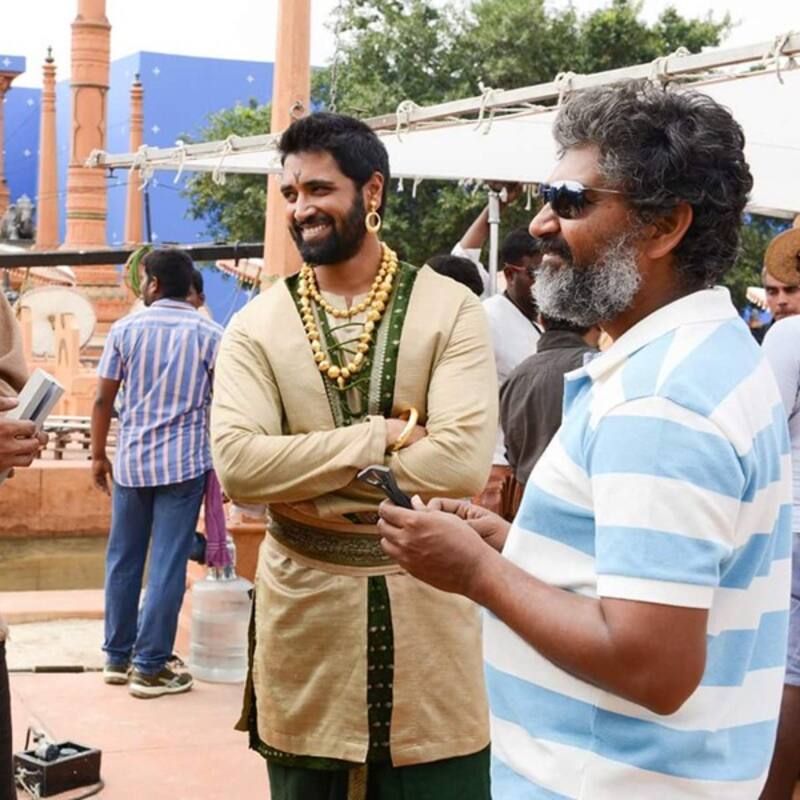 After tasting success at the box office with Major earlier this year, actor Adivi Sesh is now eagerly awaiting the theatrical release of his upcoming movie Hit - The Second Case. The pre-release event was also attended by ace filmmaker SS Rajamouli, who couldn't stop showering praises on the HIT 2 trailer. He was also keen to know who is the villain in the film after he watched the last sequence of Kodi Burra (bird brained) in the trailer. Also Read - HIT 2 star Adivi Sesh exposes dark side of nepotism in Telugu film industry: 'Outsiders can't audition for lead roles, unke ek-ek family mein dus-dus hero hote hain'

During the event, Rajamouli took the centre stage and congratulated Nani, Prashnathi and Sailesh for making HIT a franchise. He said that Vishwak Sen who did HIT and Adivi Sesh who is now in HIT 2, both have brought energy to this crime thriller franchise. Also Read - Trending South News Today: Ram Charan-Upasana expecting their first child, Kantara star Rishab Shetty comments on Nawazuddin Siddiqui's jealousy and more

The ace filmmaker also suggested the makers to make HIT 3, HIT 4, HIT 5 and HIT 6, adding that it should come on same season, same date or same week, every year. "Technical values look grand and the actors performed well. Sesh and Meenakshi’s pairing looks good on screen. This is going to be a quality product from Telugu cinema,” he said at the event. Also Read - Trending South News Today: Inside Hansika Motwani-Sohael Khaturiya's haldi ceremony, 'Flop Show BB Telugu' trends on Twitter and more

On the other hand, Adivi Sesh expressed his joy of having SS Rajamouli as a guest at the trailer launch. He also recalled the time when he worked with the filmmaker in Baahubali where he played the role of Bhadra, the adopted son of Bhallaladeva, who ends up becoming corrupt and cruel like his father.

“I worked for 70 to 100 days for Baahubali. In many ways, for my work ethic and work approach, the root cause was the experience of working in Baahubali. It was like a film school for me. Like an Ekalavya shishya, I’ve been studying him, watching him, his work and getting inspired," Adivi said. He also added that it was very important for him to have Rajamouli as his guest and said that "wherever we go we never should forget our people and that’s what I learnt from him.”

In HIT 2, Adivi Sesh essays a lazy, laidback cop on the trail of a criminal in the port city of Visakhapatnam. It will be released on December 2 in Telugu and Hindi.