The film has released along with two other films Next Enti and Kavacham but owing to the supernatural thriller space, it has been garnering all the attention. 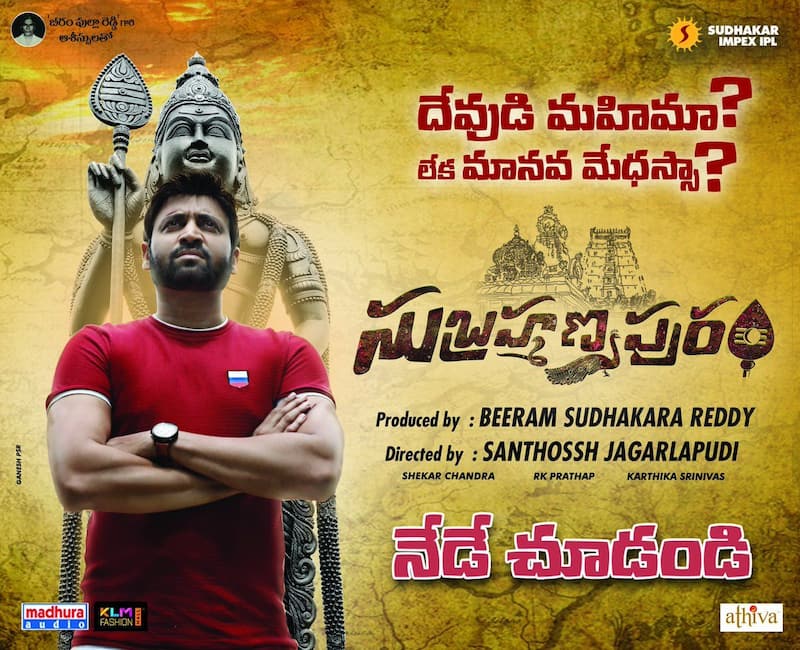 Actor Sumanth's Subramanyapuram has released today worldwide amidst great hype around the film. Touted to be a supernatural thriller, Subramanyapuram is directed by Santossh Jagarlapudi and stars Eesha Rebba as the leading lady. The film has opened to decent reviews and Twitteratti is all praise for the film. Although audience feels that the film was a bit slow-paced, the story and the execution of the concept is being lauded by them. Reports from overseas for Subramanyapuram too have been decent and the first reviews from the US premiere shows have been overwhelming. While some viewers felt that the film was a bit stretched, many felt that it was a good attempt at trying out a supernatural thriller in Telugu. Few years ago, Nikhil-starrer Karthikeya too was based on a similar concept but had a different screenplay. Check out all the tweets about Subramanyapuram right here: Also Read - Sita Ramam movie review: Dulquer Salmaan and Mrunal Thakur's beautiful love story will fill your hearts with love and eyes with tears

It could have been a good content movie, provided a good execution in terms of screenplay, music and production values. Storyline is wow but other things are ?.Once again a directors fault. These kinda movies made in shoestring budget are good for VOD pfs. #Subrahmanyapuram

#Subrahmanyapuram it is if you must watch a new film this weekend. Average but passable.

The music of Subramanyapuram is composed by Sekhar Chandra and the film is bankrolled by Beeram Sudhakara Reddy. The film has released along with two other films – Next Enti and Kavacham – but owing to the supernatural thriller space, it has been garnering all the attention. The collections in Telugu states might be slow paced because of the State Elections in Telangana. But trade experts predict that the film may see a rise over the weekend. Also Read - Trending OTT News Today: Squid Game season 2 gets official nod, Tovino Thomas starrer Minnal Murali creates new records and more

Have you watched the film yet? Stay tuned to BollywoodLife for more scoops. Also Read - Week That Was South: Sarkaru Vaari Paata to lock horns with PSPK 27; Prabhas joins the 'Pawri' trend