Babli Bouncer star Tamannaah Bhatia admits she avoids going out on fancy dinner dates: 'I am someone who has always eaten with my hands'

Tamannaah Bhatia talked about her ideal settings for a date. She said that she likes simple dates in the monsoon and revealed why she avoids going out on fancy dinner dates. 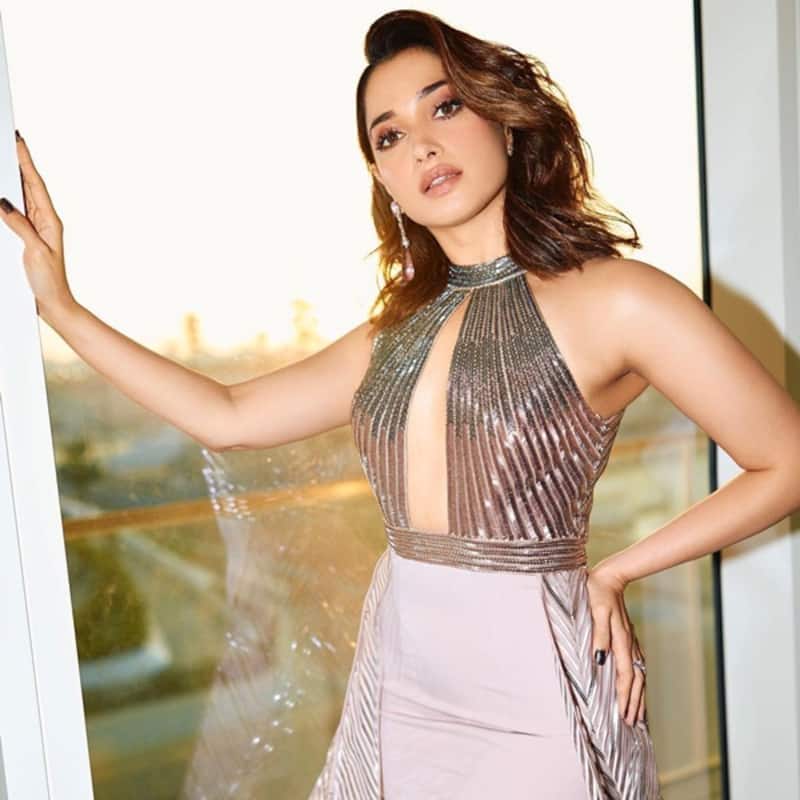 Tamannaah Bhatia is one of the few actresses who has successfully made her transition from south cinema to Hindi cinema. She keeps juggling between the two industries and manages it well enough. She seems to be quite a private person and not much is known about her dating life or relationship history. However, Tamannaah recently let her guard down for a bit and revealed that she usually avoids going out on fancy dinner dates. Also Read - Lokmat Most Stylish Awards 2022: Rashmika Mandanna, Tejasswi Prakash, Jasmin Bhasin and other celebs glam up the red carpet [View Pics]

During her conversation with Kusha Kapila, when Tamannaah was asked about ideal settings for a date, the actress said she likes simple dates in the monsoon, which is her kind of a date. She said that she avoid fancy dinner dates because she is very bad at it. She revealed that she feels very awkward when she goes to a fancy place. Also Read - Trending South News Today: Vijay Deverakonda’s Liger on OTT; Tamannaah Bhatia reveals the reason why she doesn’t go on fancy dinners and more

Further revealing the reason, Tamannaah said that she is someone who has always eaten with hands and when it comes to holding a knife or a fork to eat her food, she will be usually mimicking. She said that such kind of a setup becomes quite stressful for her and it is a big NO for her. Also Read - Upcoming new movies and web series this week: Dulquer Salmaan’s Chup, Tamannaah Bhatia’s Babli Bouncer, Hush Hush and more

"I can’t do fancy dates. I am very bad with that. I am very awkward with a fancy place. I am someone who has always eaten with my hands. So when you have to really hold a knife and a fork and you have to start doing all that (mimics cutting food with cutlery), I feel it’s too much stress," she said.

She added that if the other person matches her vibe and doesn't make her feel awkward or being judged, she would prefer to eat her food with her hands on dates. She also said that she is someone who believes in opposite attracts and her biggest support system are her parents.

Tamannaah is currently gearing up for Madhur Bhandarkar's upcoming film Babli Bouncer wherein she learned how to ride a motorbike and also how to beatbox. The movie tells the story of Babli who hails from a small town and how Babli is trying to make it big as a bouncer in Delhi. Her character as Babli is bold and brave. She rides a bullet, lifts heavy weights and can do anything a man can.