Kangana Ranaut is gearing up for the release of her magnum-opus Thalavi. The actress has slipped into the role of J Jayalalithaa, actress-turned-politician who was Tamil Nadu's CM for several years. The film is set to release on September 10, on the auspicious day of Ganesh Chaturthi. While the film is facing some hurdles as some multiplexes have denied screening the film, Kangana is doing her best to promote the film. She recently sent a special gift to South actress Samantha Ruth Prabhu. Also Read - Popular Bollywood actresses who went under the knife to get the perfect bosom! The before-after pictures will leave you speechless!

Taking to her Insta stories, Samantha shared a glimpse of the gift she received from team Thalaivi. It is a favourite saree of J Jayalalithaa from Kanchipuram. A note written with gift read, "Thalaivi is all about celebrating the invincible spirit of being a woman. We would like to salute the spirit in you that made the impossible possible with your presence & perseverance. Celebrating the 'THALAIVI' in you, we would like to present you the favourite sarees of the real Thalaivi Jayalalitha from Kanchipuram." Sharing the same, Samantha expressed her excitement for Thalavi and wrote on her Insta stories, "Wishing the team of Thalaivi the very best. Thalaivi on September 10. Can't wait." Also Read - TRP Report Week 36 by ORMAX MEDIA: BIG SHOCK for Anupamaa; The Kapil Sharma Show climbs up the chart; Taarak Mehta Ka Ooltah Chashmah continues to rule the roost 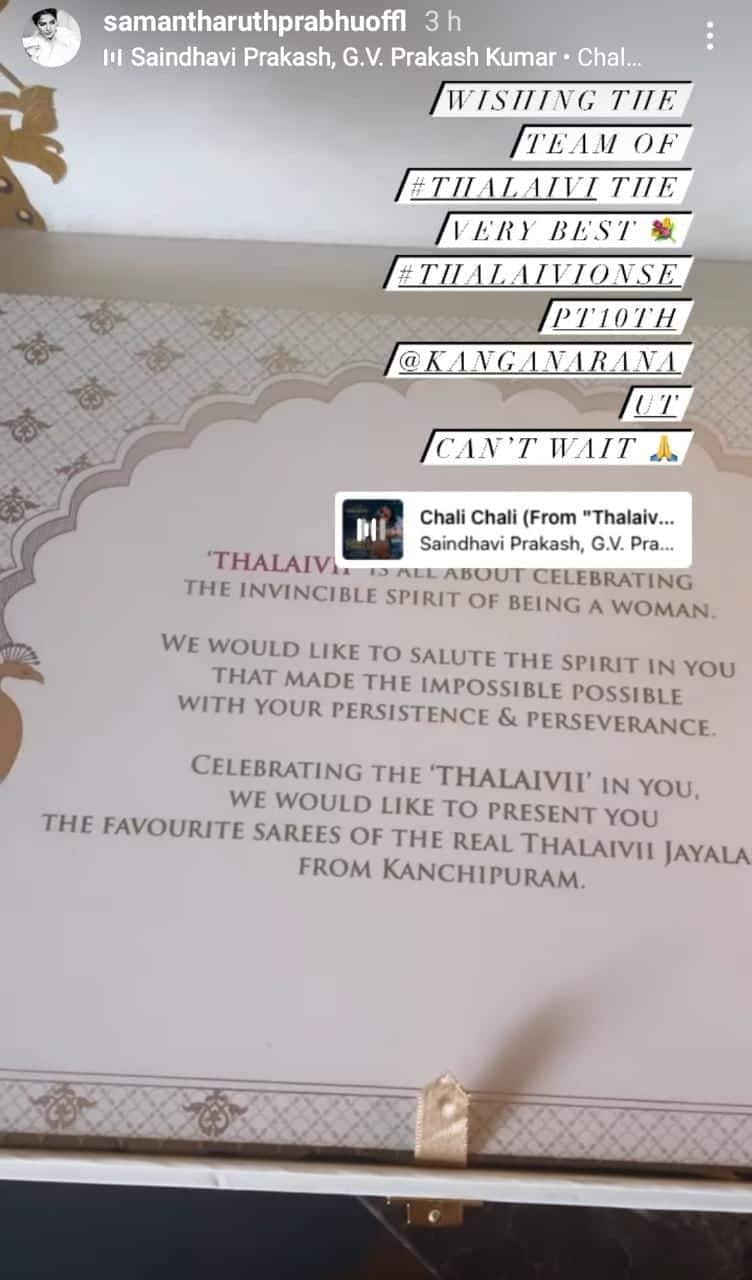 Meanwhile, the first reviews of Thalavii are out and it seems the film is a super hit already. Kangana Ranaut and Arvind Swamy have managed to garner a lot of accolades for their performances.