Thalapathy Vijay, Kamal Haasan to come together on screen for the first time for Asuran director Vetrimaaran? Here's what we know

It's been a while since two big Tamil superstars have shared screen space, but it might finally happen again, and with easily two of the biggest names to ever grace Tamil cinema, Thalapathy Vijay and Kamal Haasan 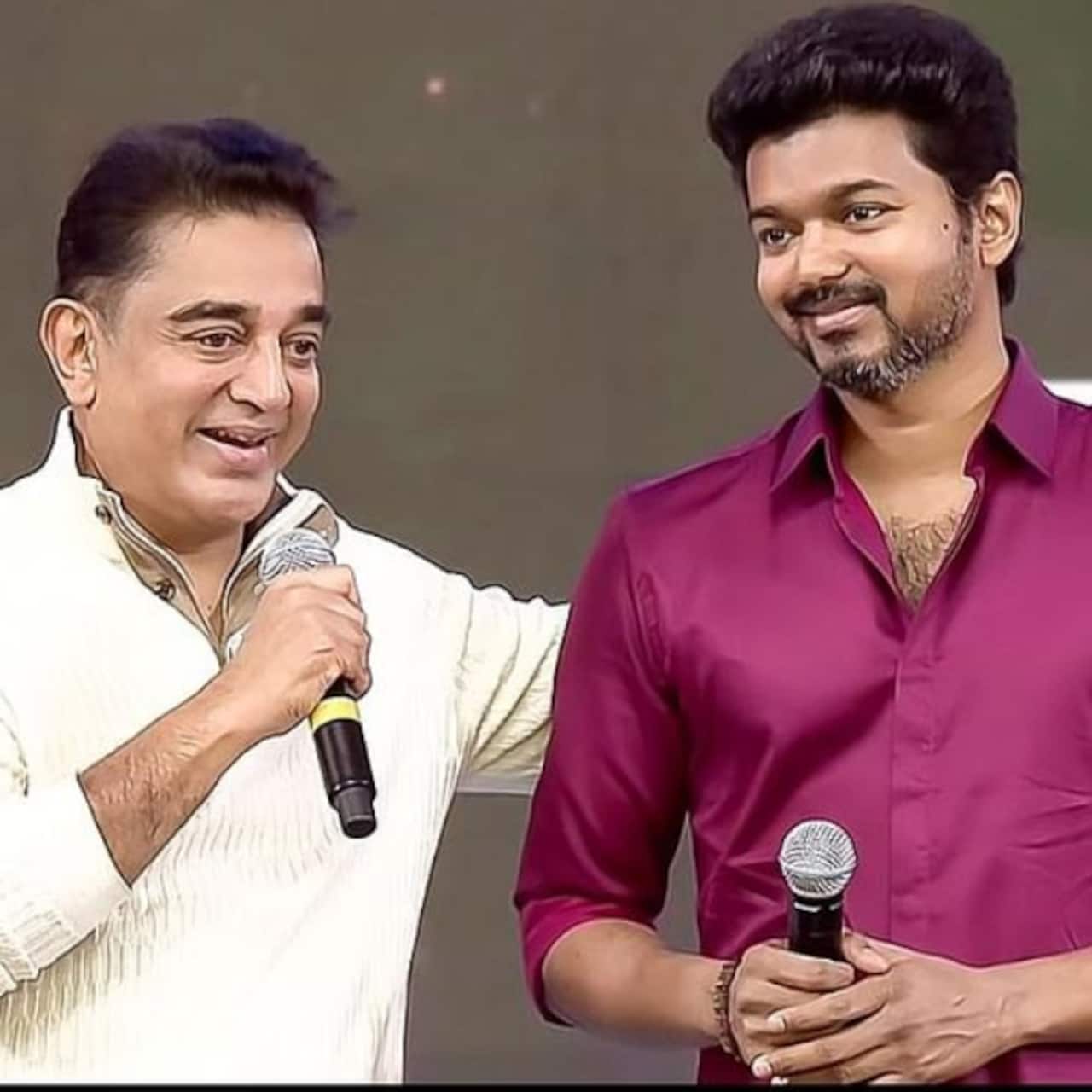 Unlike the Telugu film industry, Tamil cinema, much like Bollywood, hasn't ever had an issue of two big male stars sharing screen space in the film. The propensity to this effect has admittedly dwindled over the years both in Kollywood and the Hindi film industry, but that has got more to do with burgeoning budgets and rising actors' fees than the willingness of two big stars to come together. Well, we hear it might finally happen again, and with easily two of the biggest names to ever grace Tamil movies, Thalapathy Vijay and Kamal Haasan, as word is that Asuran Director Vetrimaaran could be the man behind the humongous casting coup. Also Read - Thalapathy Vijay, Sangeetha divorce: Times when the Varisu star landed in controversies

Kamal Haasan might produce and act with Thalapathy Vijay

Vetrimaaran himself had earlier confirmed that he's keen to work with both Kamal Haasan and Thalapathy Vijay and has narrated two different scripts to each of them. Meanwhile, Raaj Kamal Films International, Kamal's production house is currently on a signing spree of top Tamil movie heroes and is apparently keen to sign Vijay for a film. There's strong buzz among Tamil entertainment news circles that said project could be the Vetrimaaran film that he narrated some time ago to Joseph Vijay. Also Read - South News Weekly Rewind: Thalapathy Vijay-Sangeetha divorce rumours, Tamannaah Bhatia caught kissing Vijay Varma and more

So, how does all this translate to Thalapathy Vijay and Kamal Haasan sharing screen space? Well, word is that the latter might make a cameo appearance in the Vetrimaaran and Vijay movie that he's supposed to produce. That being said, reports claims that the project is at the preliminary stage of discussion and it'll be some time before an things materialise, let alone an official confirmation come along. Well, fingers crossed that things get underway sooner rather than later. Also Read - Trending Entertainment News Today: Thalapathy Vijay-Sangeetha divorce truth, fans ask Tamannaah Bhatia about Vijay Varma as she drops NY post and more