Thank You: Raashi Khanna towers over Naga Chaitanya in four-inch heels; calls him 'gentleman' over his sweet response

Naga Chaitanya, Raashi Khanna and Malvika Nair's film Thank You is going to hit the theatres on July 22. The stars are on their toes promoting the film. 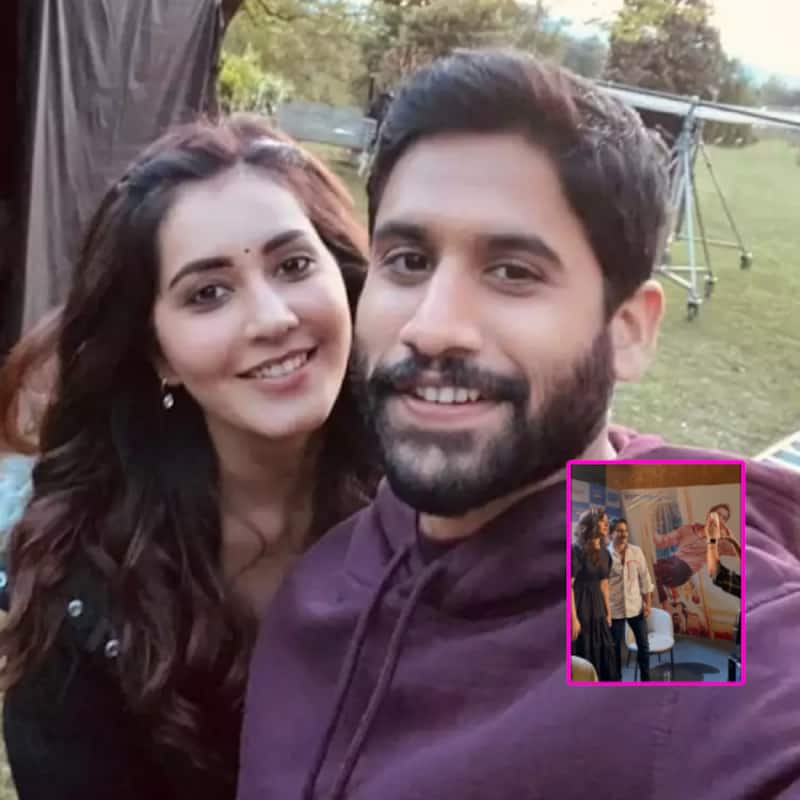 Raashi Khanna and Naga Chaitanya have teamed up for a movie called Thank You. The promotions of the same are on and recently, Naga Chaitanya did something sweet for Raashi Khanna that will melt your heart. The actress took to her social media accounts to share a video that shows her dressed in a black saree. But what comes next will make you respect Naga Chaitanya even more. As she wore four-inch heels, she appeared taller than Naga Chaitanya. Not being conscious being the height difference, the actor asked her to not bend for pictures. Also Read - BTS Photo Folio: After Jungkook, Kim Namjoon aka RM's preview wows ARMY; Bangtan leader's concept of entirety is as profound as him

Raashi Khanna took to her Twitter account to praise Naga Chaitanya for the same. She shared the video and wrote, "When I wear some 4 inches’ heels and @chay_akkineni being the gentleman he is!, asks me to own it and not bend!" That says a lot of Naga Chaitanya. Respect! Also Read - Kim Kardashian, Khloe Kardashian, Kylie Jenner and Kendall Jenner's HOTTEST bikini and bodycon looks – be sure to view pics in PRIVATE

When I wear some 4 inches’ heels and @chay_akkineni being the gentleman he is!, asks me to own it and not bend! #promotions #thankyou ? pic.twitter.com/YgT3D2PcC7

Thank You delayed
Meanwhile, it was just yesterday that Naga Chaitanya announced the new release date of the film. Thank You which was going to hit the theatres on July 8 will now release on July 22. The actor took to Twitter to share, "ThankYouTheMovie is now hitting the screens on July 22nd!.It will be worth the wait...We promise! #ThankYou for understanding." Naga Chaitanya plays a hockey player in this film. Apart from Raashi Khanna, Malvika Nair is also a part of this project. Avika Gor will also be seen in a pivotal role in this film helmed by Vikram K Kumar. We are waiting for this one to hit the screens. For more updates from the South Film industry, stay tuned to BollywoodLife. Also Read - Trending South News Today: Vijay Deverakonda opens up on his equation with Karan Johar, Ponniyin Selvan’s new single Chola Chola impresses fans and more