Naga Chaitanya, Allu Arjun, Vijay Deverakonda and more South Indian actors were in the headlines today. News of RRR 2 also got everyone excited. 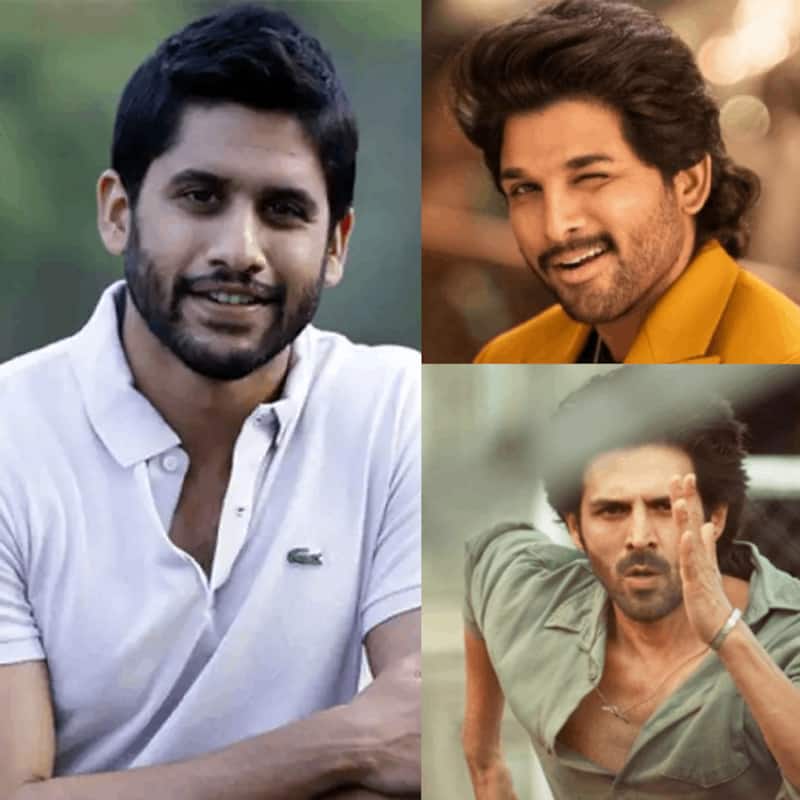 South Indian Film industry is booming and how. The movies are doing fantastically well at the box office. Recent hit films like Ponniyin Selvan I, RRR, KGF 2 and more are the best example of it. Well, so here are all the big updates from down South. The first look of Naga Chaitanya's upcoming film made it to the internet and fans are impressed. Allu Arjun and Ala Vaikunthapurramuloo trended on Twitter as the teaser of Kartik Aaryan's movie Shehzada made was released on his birthday. Read on for more scoop. Also Read - Debina Bonnerjee proudly embraces pregnancy weight gain; stays away from setting 'unrealistic' body goals for new mommies [View Pics]

After Thank You, Naga Chaitanya is gearing up for his next film NC22. The first look poster of the film was released today by the makers and Naga Chaitanya's fierce look has left his fans mighty impressed. Also Read - Bigg Boss 16: Wildcard entry Vikas Manaktala too targets Tina Datta; calls her fake, labels Shalin Bhanot her ‘Ghulam’ leaving the actors stunned

On Kartik Aaryan's birthday, the makers of Shehzada released the first teaser of the film. It is the Hindi remake of Allu Arjun's hit film Ala Vaikunthapurramuloo. Netizens are comparing the two stars and they don't seem to be very happy with Shehzada. Also Read - Is Human 2 in the pipeline? Producer Vipul Shah shares exciting details [EXCLUSIVE]

Rumours of Rashmika Mandanna and Vijay Deverakonda being a couple have been going on for a long time now. Today, fans went a step ahead and a morphed wedding picture of the two went viral on social media.

Well-known Kollywood screenwriter Aaroor Dass breathed his last at the age of 91. Kamal Haasan took to his Twitter handle to mourn his death.

SS Rajamouli's film RRR starring Jr NTR and Ram Charan was a big hit. And now it seems that we will get a sequel soon. Writer KV Vijayendra Prasad reportedly stated that they have cracked the sequel's 'premise'. Can we expect an announcement soon? Fingers crossed.