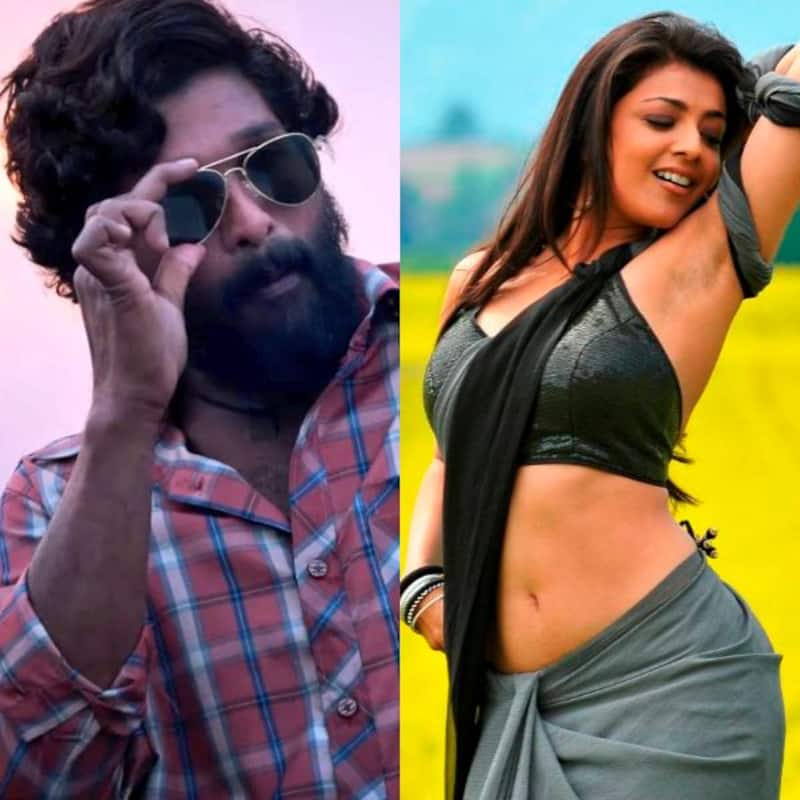 From Kajal Aggarwal recreating an iconic Baahubali scene with son Neil and the secret behind Allu Arjun's 'slipper' step in Pushpa's Srivalli being revealed to Nithiin's Macherla Niyojakavargam movie review, Alia Bhatt's Darlings Telugu version and Ram Charan fans demanding for an update on RC15; it's time to take a look back at all that went down today in the South film industries today. Here's all what grabbed headlines to make it to the trending south news today... Ergo, it's time to make a note of the biggest newsmakers of the South who've made it to the trending south news today. Also Read - Trending Entertainment News Today: Mouni Roy to return as Junoon in Brahmastra 2, Hema Malini takes a dig at Kangana Ranaut and more

So, without further ado, here are the south newsmakers of 12th August 2021:

Kajal Aggarwal is a huge fan of Baahubali director SS Rajamouli and she, along with her newborn son, Neil, paid him tribute in the most emotional way possible.
Read the full story here Also Read - BTS: Kim Taehyung aka V and Shah Rukh Khan radiate same energy, desi ARMYs TaeRukh agenda will win you over [View Pics]

Macherla Niyojakavargam, starring Nithiin, Krithi Shetty and Samuthirakani in lead roles, hit the screens today and has opened to mixed reviews. Directed by debutant Rajasekhar Reddy, the film is produced by Sudhakar Reddy, who is Nithii's father.
Read the full story here

Given how brilliantly Darlings has trended on Netflix since it released, we hear that producers Shah Rukh Khan and Alia Bhatt, who's also the lead star, are giving serious thought to a Telugu version, with talks already supposed to be on with a few directors.
Read the full story here

Ram Charan fans are growing impatient regarding his next movie. The RRR star has RC15 in the pipeline next, which is being produced by Dil Raju and features Kiara Advani in the lead opposite him. Fans are now demanding an update on RC 15.
Read the full story here