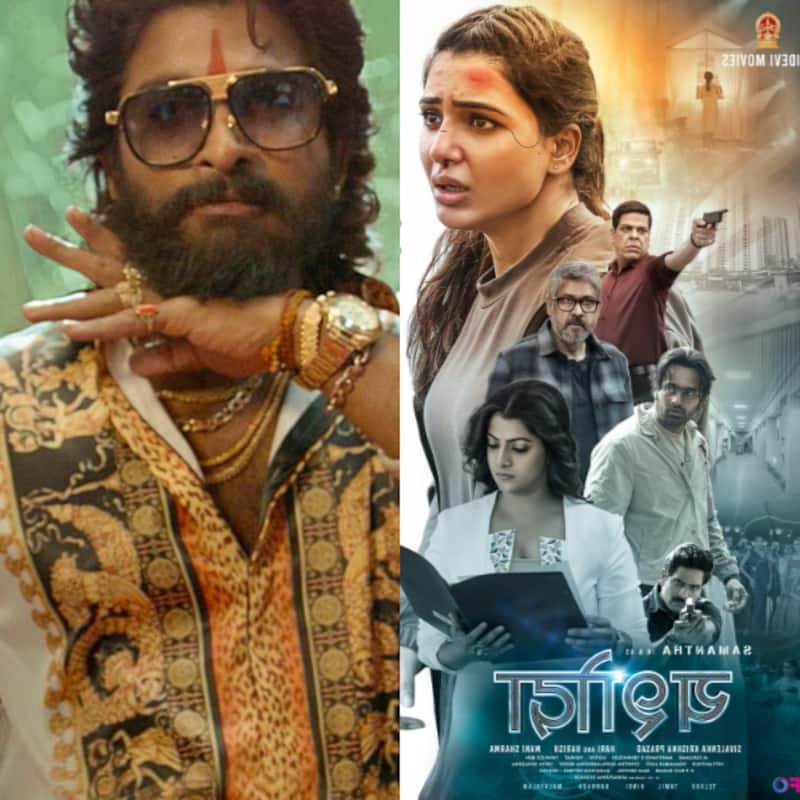 From the first glimpse of Pushpa 2 and Samantha Ruth Prabhu starrer Yashoda's release date to real pan-India hits, Anushka Shetty praising Kantara and Mahesh Babu-SS Rajamouli's film roping in one of the stars of Ponniyin Selvan; it's time to take a look back at all that went down today in the South film industries today. Here's all what grabbed headlines to make it to the trending south news today... Ergo, it's time to make a note of the biggest newsmakers of the South who've made it to the trending south news today. Also Read - IMDb Most Popular Indian Stars of 2022: Dhanush tops the list, followed by Alia Bhatt, Aishwarya Rai Bachchan and Samantha Ruth Prabhu

So, without further ado, here are the south newsmakers of 17th October 2022:

Pushpa 2 first glimpse from the set

The makers of Pushpa the Rule have shared a glimpse into the world of the sequel straight from the sets of , thus also confirming that the shoot of the Allu Arjun and Rashmika Mandanna starrer gas begun . Captioning the post, they wrote: “Works of #PushpaTheRule in full flow Icon star @alluarjun, director @aryasukku, celebrity photographer @avigowariker, poster designer @tuneyjohn and the entire team is putting all their efforts to deliver the best ? @iamRashmika @ThisIsDSP @SukumarWritings @MythriOfficial .” Check out their post above... Also Read - Vidyut Jammwal pre-birthday celebration: the actor cuts his cake with fans [Watch Video]

Rishab Shetty starrer Kantara has been getting a great response across all quarters. After Prabhas, his Baahubali costar, Anushka Shetty has heaped praise on the film; requesting people everywhere to watch it.
Read the full story here Also Read - SS Rajamouli film RRR DETHRONED by Rajinikanth starrer Muthu as it becomes the highest grosser in Japan

Moviegoers are super excited about Mahesh Babu and SS Rajamouli's film, and now, reportedly, this Tamil moviestar, who was recently seen in Ponniyin Selvan, has been roped in for the movie.
Read the full story here

Samantha Ruth Prabhu's first pan-India film, Yashoda, will release in theatres on 11th November 2022 in Telugu, Tamil, Kannada, Malayalam and Hindi. It's supposed to be a mind-bending sci-fi movie, directed by Hari-Harish.

As this 'pan India' tag seems to be stuck with us, let's check out which dubbed South movies in Hindi, which is what they really are, can actually lay claim to being pan-India hits at the box office.
Read the full story here