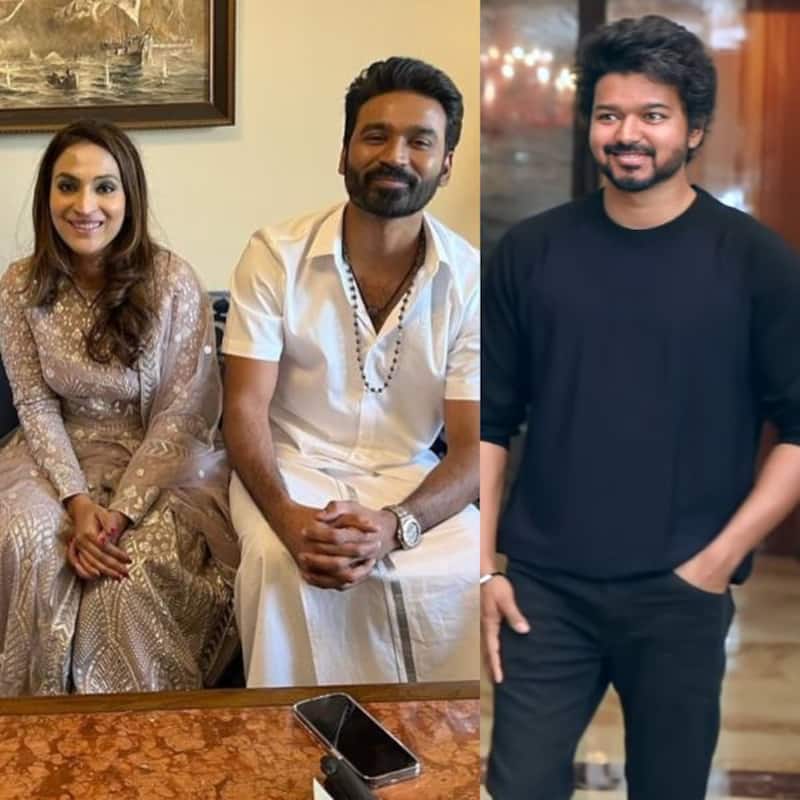 From Dhanush and Aishwarya Rajinikanth meeting secretly and Thalapathy 67's shoot start date to Ponniyin Selvan teaser being postponed, Rashmika Mandanna throwing a tantrum and Nayanthara turning photographer; it's time to take a look back at all that went down today in the South film industries today. Here's all what grabbed headlines to make it to the trending south news today... Ergo, it's time to make a note of the biggest newsmakers of the South who've made it to the trending south news today. Also Read - Friendship Day 2022: Jasmin Bhasin-Aly Goni, Neil Bhatt-Aishwarya Sharma and more TV couples who were friends and then fell in love

So, without further ado, here are the entertainment newsmakers of 24th June 2021:

Dhanush and Aishwarya Rajinikanth are said to have secretly met at their former home, rekindling hope among their fans of the couple getting back together. It's too early in the day though and nobody knows why they actually met, if at all. Also Read - Alia Bhatt flaunts baby bump but her high heels leave netizens concerned; fans claim it’s unsafe, ‘looks cool but not safe in pregnancy’ [View Pics]

As per a report in Indiaglitz, the Ponniyin Selvan teaser is most likely to be postponed. Yes, you read that right. Apparently, the teaser will now not meet its intended 7th July release date. What's more, as per the same report, the planned launch at Thanjavur Brihadeeswarar Temple has also been cancelled. Also Read - Darlings: Alia Bhatt-Vijay Varma starrer sold to OTT giant for a WHOPPING amount but mints lesser than Kartik Aaryan's Dhamaka

Vijay is expected to reunite with his Master Director, Lokesh Kanagaraj, for Thalapathy 67, said to be a crime film, in which he plays a gangster. As per reports, the movie is said to go on floors by October this year, soon after Varisu is wrapped up.

Pushpa actress Rahsmika Mandanna took to Twitter to give a clarification about a report, which stated that she demanded flight tickets for her pet dog to travel with her in the same plane. The ticket amount for her pet is also said to have been paid by the producers of her upcoming movie.

Nayanthara and Vignesh Shivan are now in Thailand for their honeymoon. The Director has shared pictures of his Lady Superstar wife clicking him during their rejuvenating stay at a plush resort.