From Mahesh Babu produced, Major, being postponed due to the pandemic to megastar Chiranjeevi visiting various districts to distribute oxygen cylinders, RRR's high-octane action sequences, Dhanush's Pudhupettai gets a sequel and more, let's check out the Trending South News Today:

Hola friends, starting today, we would be giving a news wrap on all the South news of the day. A lot has been happening in the South Entertainment industry arena. From Mahesh Babu produced, Major, being postponed due to the pandemic to megastar Chiranjeevi visiting various districts to distribute oxygen cylinders, RRR's high-octane action sequences, Dhanush's Pudhupettai gets a sequel and more, let's check out the Trending South News Today: Also Read - Prabhas-Prashanth Neel, Allu Arjun-Sukumar: 5 biggest director-actor collaborations that promise to shatter records left, right and centre

Based on the life of martyr Sandeep Unnikrishnan who fought valiantly in 2008, Mahesh Babu produced, Major, starring Adivi Sesh in the lead has been postponed in the wake of coronavirus scare. The film was earlier scheduled for a July 2nd released and has now been postponed indefinitely. The makers of Major shared a statement about the same saying, "We are living in unprecedented times and we hope you all are following all the safety protocols and staying safe. Our film Major, which was originally scheduled for a worldwide theatrical release on 2nd July, is now postponed to a later date. WE WILL ANNOUNCE THE NEW RELEASE DATE ONCE THINGS ARE BACK TO NORMAL. Times are tough but so are we. - Team Major." Also Read - From Lamborghini Urus to Richard Mille automatic flyback chronograph watch: Most expensive things owned by RRR actor Jr NTR

Reports of Prabhas making his Hollywood debut with Tom Cruise's Mission Impossible 7 surfaced the net a couple of hours ago. A Twitter user directly asked the director Christopher McQuarrie whether or not Prabhas is making his debut. He tweeted out asking, "@chrismcquarrie there is a viral news trending on Indian news channels that an Indian actor named Prabhas has been roped in MI7 for a key role. Can you please confirm whether it is true or not?" to which Christopher replied saying, "While he‘s a very talented man, we’ve never met. Welcome to the internet." Also Read - NTR30: Director Koratala Siva set to announce a leading Bollywood actress opposite Jr. NTR 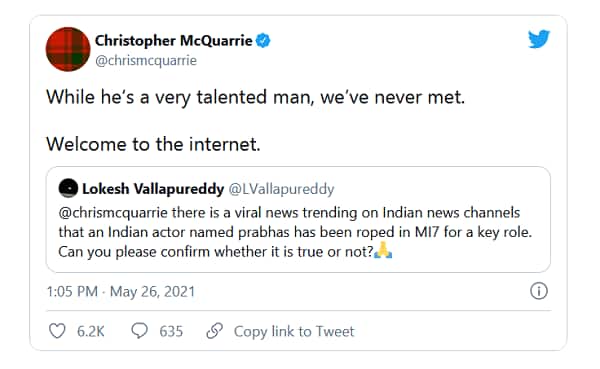 The Covid-19 scare in the South is increasing as you read this. And celebrities are offering help in any way they can. Megastar Chiranjeevi's Trust Fund had announced an initiative of providing oxygen cylinders to various districts across South cities. In fact, the Acharya actor himself visited multiple districts in the states of Andhra Pradesh and Telangana. 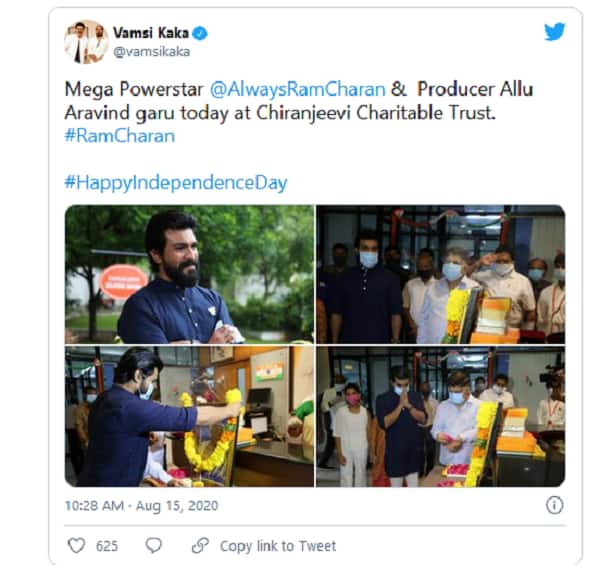 RRR's screenwriter and ace director SS Rajamouli's father opened up on the action sequences of Ram Charan and Jr NTR starter film. He did not want to boast about the same before the release but he positively regarded that the action sequences would leave the audience awestruck. "Rajamouli is blending emotions and action in RRR. The fight sequences in the film will evoke intense emotions and I am sure that the audiences will be awestruck by the same," he said.

Karnan actress Gouri Kishan opens up on bullying, casteism and body-shaming in schools

Gouri Kishen recalled her experience of being bullied, body-shamed, facing discrimination due to caste difference and more during her school days. She hopes to resolve this issue so that future generations won't face such a thing while growing up. And for the same, she has urged everyone to share their ordeals and take it up with the administration formally so that culprits are punished.

This is with respect to the issues being brought to light in school environments which seem highly toxic and problematic!

It needs to change, NOW.

Dhanush's Pudhupettai completed 15 years of its release today. And the makers alongside the cast celebrated the same. Director Selvaraghavan also confirmed the sequel of Pedhupettai in a tweet. He tweeted out saying, "And the journey shall continue."