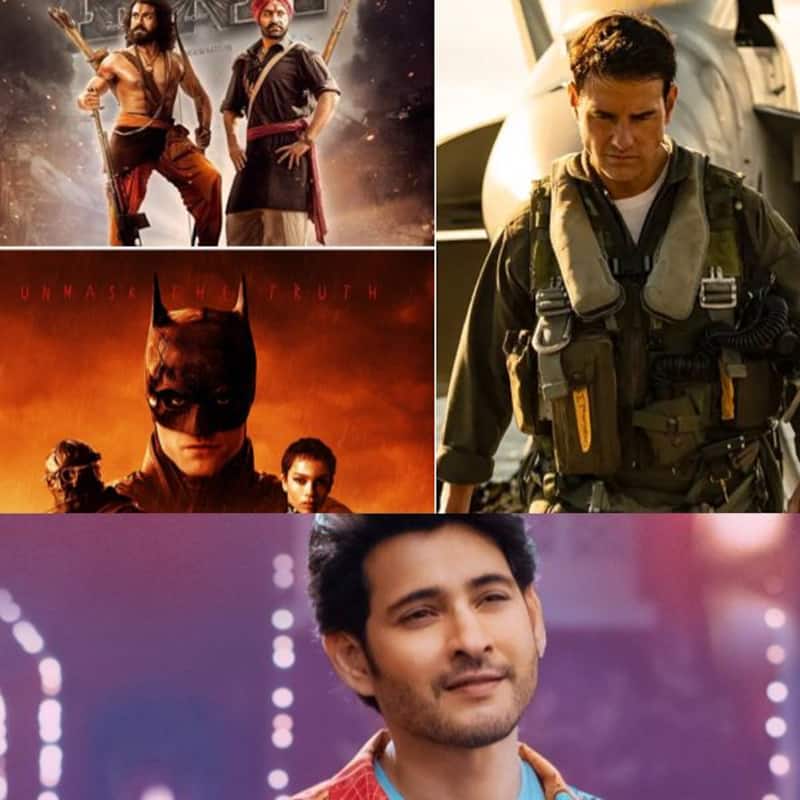 From RRR beating Top Gun Maverick and The Batman, and Mahesh Babu being trolled by his own fans to Shruti Haasan fawning over Salaar costar Prabhas, Arun Vijay's Tamil Rockerz teaser and Drishyam actress Meena's request to the media; it's time to take a look back at all that went down today in the South film industries today. Here's all what grabbed headlines to make it to the trending south news today... Ergo, it's time to make a note of the biggest newsmakers of the South who've made it to the trending south news today. Also Read - Independence Day 2022: From Amitabh Bachchan to Mallika Sherawat — These 5 Celebrities were accused of insulting the tricolour

So, without further ado, here are the entertainment newsmakers of 3rd July 2021:

Read the full story here: RRR continues to set new benchmarks in Hollywood Also Read - BTS fans from India share a video of a teacher scolding students for being fans of the K-Pop band; says, 'I would have grabbed your collar and slapped you'

Mahesh Babu trolled by his own fans

Mahesh Babu praised Kamal Haasan starrer Vikram and its Director, Lokesh Kanagaraj, calling the movie “a new age cult classic”, and revealing he'd love to discuss its process with the filmmaker someday. However, many of his own fans trolled him in the comment section of his tweet, passing jibes that he doesn't do such action movies and rather only focus on the same, mundane films with social messages.

#Vikram... Blockbuster Cinema!! A New-Age cult classic!! @Dir_Lokesh would love to catch up with you and discuss the entire process of Vikram! Mind-bending…Sensational stuff brother ???

And finally about the legend @ikamalhaasan... not qualified enough to comment about the acting ? All I can say is.. as your biggest fan, it was one of my proudest moments!! Congrats to you Sir and your wonderful team. ?????@RKFI @Udhaystalin

Shruti Haasan cannot stop gushing over Salaar costar Prabhas for THIS reason; says, 'He has a special place in the world'

Popular Tamil actress Meena Sagar asked the media to stop broadcasting any false information about her husband, Vidyasagar's death. She also requested for her family to receive privacy to grieve for their loss in this tough time.