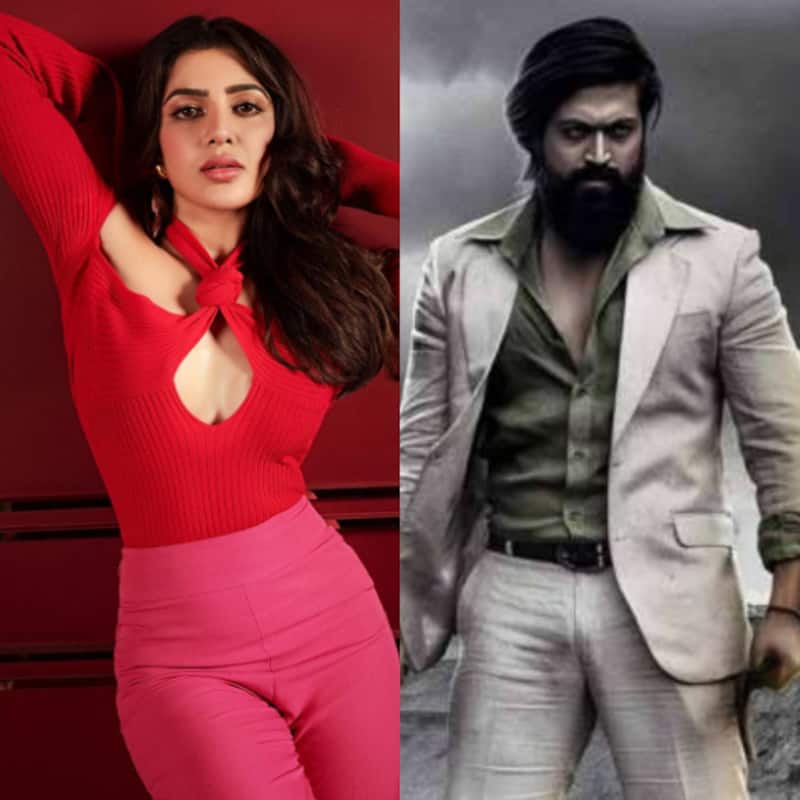 From Samantha Ruth Prabhu getting back in action and KGF star Yash opening up on North people making fun of South movies to the Kamal Haasan movie that had inspired Kill Bill, Tamil movie Love Today collecting well at the box office and Telugu film Butta Bomma teaser; it's time to take a look back at all that went down today in the South film industries today. Here's all what grabbed headlines to make it to the trending south news today... Ergo, it's time to make a note of the biggest newsmakers of the South who've made it to the trending south news today. Also Read - Kamal Haasan birthday: Did you know that Quentin Tarantino credits Kill Bill to THIS Ulaga Nayagan movie?

So, without further ado, here are the south newsmakers of 7th November 2022:

Samantha Ruth Prabhu back in action

Samantha Ruth Prabhu made heads turn with her supremely stylish appearance in black as she was spotted back in action after revealing that she was diagnosed with Myositis. The star has kickstarted Yashoda promotions.
Read the full story here Also Read - What to watch on OTT today: Before Kangana Ranaut's Dhaakad, check out the best female-centric action movies on Netflix, ZEE5 and other platforms

KGF and KGF 2 star Yash recalled the times when North people would make fun of South movies, criticizing the action and how they were dubbed in a bad way with funny names.
Read the full story here Also Read - Kriti Sanon to star in Kill Bill remake, written and directed by Anurag Kashyap and produced by Nikhil Dwivedi? EXCLUSIVE Deets Inside

Tamil film Love Today has collected ₹13.50 crore gross over its opening weekend, with ₹12.70 crore gross coming from Tamil Nadu alone. Love Today trended fantastically over the weekend, jumping by 70% on Saturday, and then by a further 25% on Sunday.

Anikha Surendran, Surya Vashistta and Arjun Das' Butta Bomma teaser has been released to a pretty good response. Watch the teaser of the Telugu movie above...

Here's a Kamal Haasan birthday special, where you'll be shocked to know that internationally renowned Oscar-winning filmmaker Quentin Tarantino got inspired for Kill Bill from one of the superstar's movies.
Read the full story here