Trending South News Today: Vijay Deverakonda's Liger off to a flying start abroad, Nagarjuna impresses in The Ghost trailer, Chiyaan Vikram's Cobra trailer gets a thumbs up and more 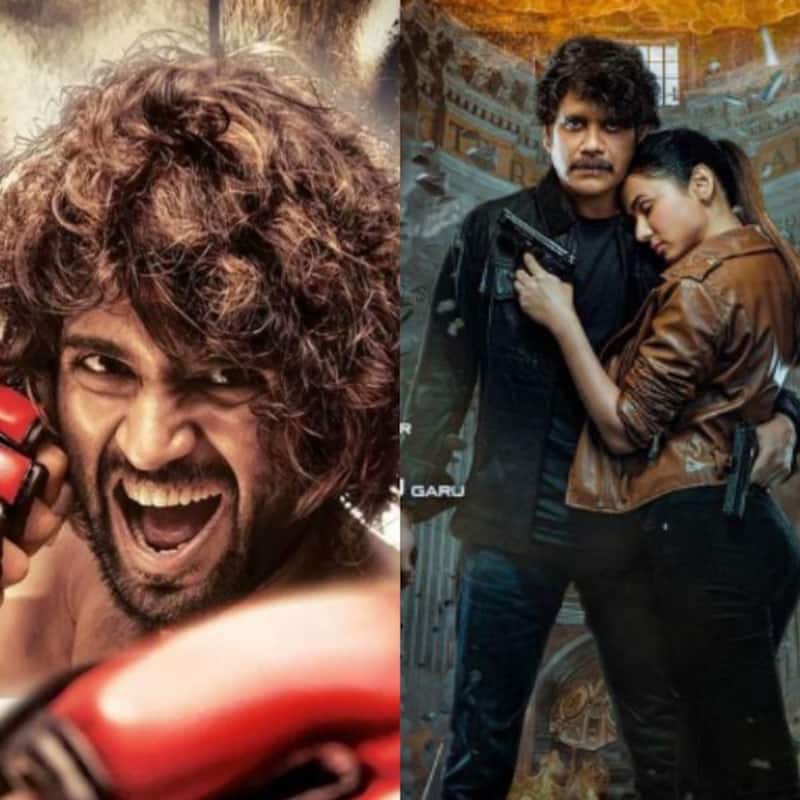 The big news is that Allu Arjun might foray into Hollywood with a big director. As per Pinkvilla, he had a hush hush meeting in the US with a director from a superhero franchise. Both Chiyaan Vikram and Nagarjuna's trailer of Cobra and The Ghost were out today. Here is a lowdown... Also Read - Vijay Deverakonda oozes confidence as he talks about bouncing back after Liger failure

Allu Arjun to foray into Hollywood with a big director?
Buzz is that Pushpa star Allu Arjun might make a jump to Hollywood. As per a report in Pinkvilla, he did a hush hush meeting with a director of a superhero franchise. It has been kept under wraps. Also Read - Did KGF star Yash warn Vijay Deverakonda about Liger; director Puri Jagannadh tried to impress him?

Pawan Kalyan's Jalsa to be screened on his birthday
Reports suggest that on the occasion of Pawan Kalyan's birthday there will be a special screening of Jalsa. As we know, Pokirri was shown at cinema halls some days back on the birthday of Mahesh Babu. Jalsa is one of the biggest hits of Pawan Kalyan. It starred Ileana D'Cruz and Parvati Melton as well. Also Read - Trending Entertainment News Today: Puri Jagannadh's leaked audio over Liger distributors protests goes viral; Janhvi Kapoor reveals Vijay Deverakonda's relationship status and more

Chiyaan Vikram wows in Cobra Trailer
Tamil superstar Chiyaan Vikram will be seen in 25 different avatars for Cobra. The movie is a thriller where he plays the role of a mathematician. Chiyaan Vikram movie also has Srinidhi Shetty and marks the debut of Irfan Pathan as a villain. It has been shot largely in Russia and Europe.

Vijay Deverakonda's Liger off to a flying start in overseas market
Liger is the most anticipated movie of August 2022. It has released today to some extreme and mixed reviews. While the first half is pretty good, people have issues with the second half of the film. But the good news is that it is attracting audiences abroad. The initial collection of the movie is above Rs two crores. This is great news. Vijay Deverakonda and Ananya Panday have promoted the film all over India.

The Ghost Trailer out
The trailer of The Ghost is out. The movie has Nagarjuna and Sonal Chauhan in main roles. Nagarjuna's swag is unmissable and his action-packed avatar is a treat for the eyes. The trailer has been nicely packaged too. This one looks like a winner for the veteran star.

These were the top trending news from the South today...