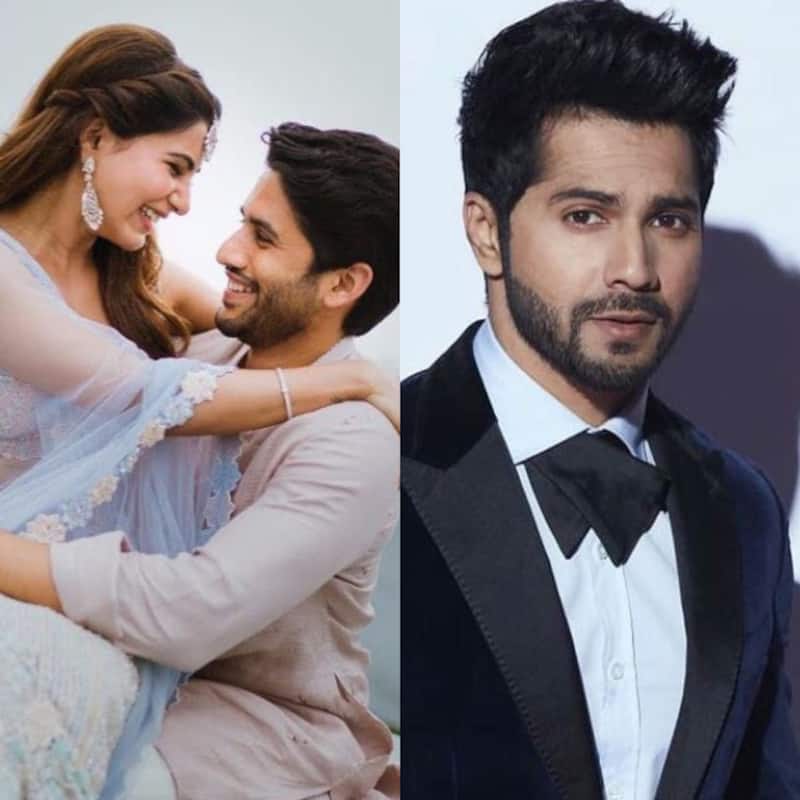 From Naga Chaitanya calling Samantha Ruth Prabhu and Varun Dhawan wanting to do South movies to Kamal Haasan-Mani Ratnam reuniting after 35 years, Trisha Krishnan's knee injury and Ponniyin Selvan 2's release date; it's time to take a look back at all that went down today in the South film industries today. Here's all what grabbed headlines to make it to the trending south news today... Ergo, it's time to make a note of the biggest newsmakers of the South who've made it to the trending south news today. Also Read - Kantara to Ponniyin Selvan 1: Popular South Indian films of 2022 that earned Rs 400 crores plus at the box office

So, without further ado, here are the south newsmakers of 6th November 2022:

Naga Chaitanya made a call to ex-wife Samantha Ruth Prabhu after she revealed being diagnosed with Myosotis, and we've got a gist of their conversation.
Read the full story here Also Read - Trending South News Today: Kriti Sanon reacts to Adipurush delay; Ponniyin Selvan 1 team has a reunion sans Aishwarya Rai Bachchan and more

Kamal Haasan and Mani Ratnam collaborated for one of Indian cinema's greatest movies ever, 1987's Tamil film, Nayakan. Since then, they never worked together, despite remaining close friends. Now, after 35 years, they're reuniting for KH234, which will have music by another legend. A.R. Rahman. Also Read - Ponniyin Selvan I: Fans miss Aishwarya Rai Bachchan as Trisha Krishnan, Karthi, Vikram and others have a fun reunion

Trisha Krishnan has revealed that she fractured her foot while vacationing in Paris, where she traveled after wrapping up a major schedule of her Malayalam movie, Ram, starring Mohanlal.

While it was earlier being speculated that the Ponniyin Selvan sequel might release in June 2023, latest entertainment news reports suggest that the Pooniyin Selvan 2 release date might be preponed to end April 2023.

Varun Dhawan made a huge revelation of his desire to do South movies, even naming a list of Tamil and Telugu filmmakers high on his wishlist.
Read the full story here