Samantha Ruth Prabhu, Pawan Kalyan. Rajinikanth, Nani, Pushpa and more. Let's check out who and what made news in the South industry today.

It's time to give a wrap to the TOP South Newsmakers of the week. Pawan Kalyan's film Bheemla Nayak's update to come out tomorrow, Samantha Ruth Prabhu's makeup artist from Shaakuntalam shared her experience of working on the film, Rajinikanth impressed with Ranveer Singh's portrayal of Kapil Dev in Kabir Khan's 83, S.S. Rajamouli reacts to whether he is planning to bring together Jr NTR and Ram Charan again to the Zanjeer actor opening up on his both with Taarak and more, a lot to grasp in on the South Newsmakers. Let's check out who and what made news in the South industry today. Also Read - Trending South News Today: Aishwarya Rai Bachchan opens up about Mani Ratnam’s dream project Ponniyin Selvan; Vijay Devarakonda-Samantha Ruth Prabhu to kiss in Khushi

After her divorce announcement from Naga Chaitanya, Samantha Ruth Prabhu has been on a signing spree. The actress has wrapped up Gunasekhar's Shaakuntalam that also stars Dev Mohan in the lead. In a recent QnA session during a chat session, Samantha's makeup artist, Sadhna Singh was asked about the movie. Sadhna said, "It was so magical, the sets, Samantha’ look, the music and the way, the story has been narrated by sir, Oh God, Shaakuntalam is just magic. Can not wait for the audience to witness the experience." Samantha plays Shakuntala in the mythological epic love story and Dev Mohan plays her Dushyant. Also Read - Samantha Ruth Prabhu, Vijay Deverakonda have lip-lock scenes in Kushi? Deets inside 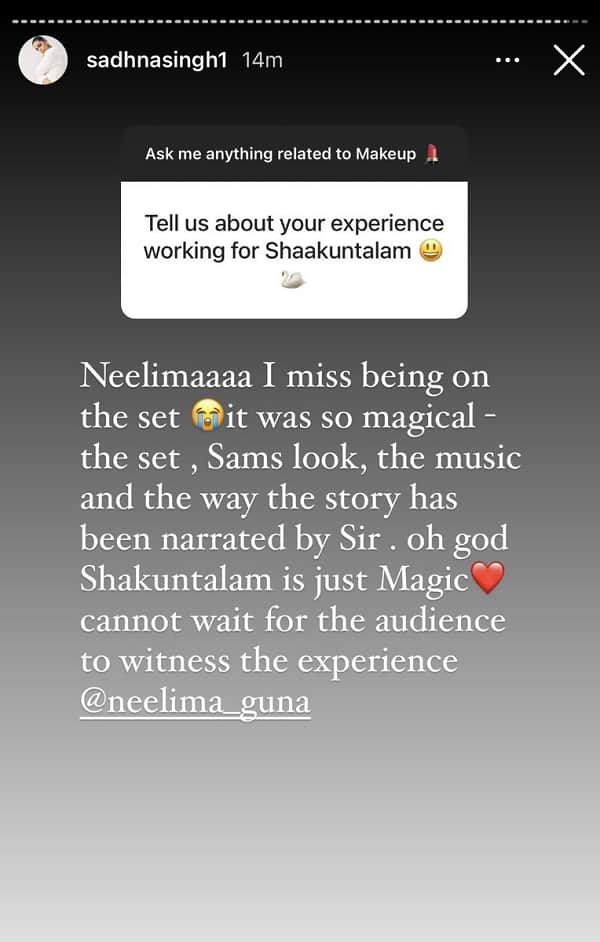 Vijay Deverakonda, Ananya Panday, Mike Tyson starrer Liger is one of the most anticipated films. Dharma Productions and Puri Connects is producing the Pan-India film together. The makers shared a line-up of announcement updates on their Instagram handle. Tomorrow, on 29th December, the makers are coming up with a big video announcement. On 30, they are dropping some BTS stills and a special Instagram filter. On the 31st, the makers will be sharing the first glimpse of Liger. Check out the Instagram story here: 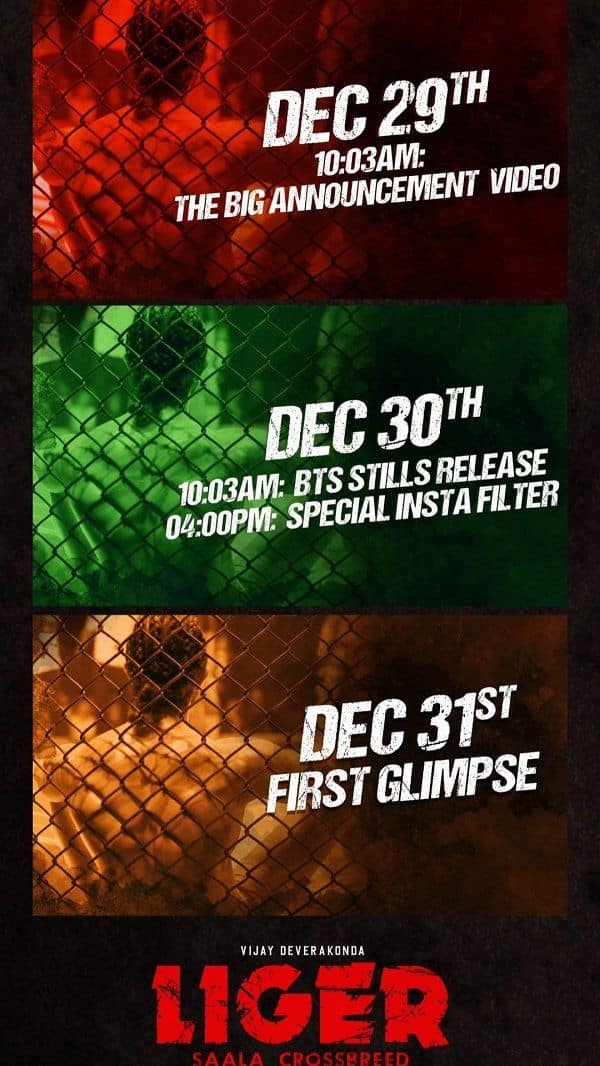 Just a couple of days ago, the makers of Pawan Kalyan and Rana Daggubati starrer Bheemla Nayak announced the postponing of the film. And now, the fans of the actors and the film will be getting a surprise from the makers. The makers will share a big update tomorrow at 11:00 AM. The Saagar K Chandra directorial also stars Nithya Menen and Samyuktha Menon.

Superstar Rajinikanth has watched Ranveer Singh and the ensemble cast film 83 directed by Kabir Khan. He has called the movie magnificent and has lauded the producers for their attempt at re-imagining the 1983 World Cup win of the Indian Cricket team.

Check out his reaction here: Rajnikanth watches Ranveer Singh's 83 and his reaction will make the young star very proud!

Rajamouli to work with Jr NTR and Ram Charan again?

SS Rajamouli is gearing up for RRR with Alia Bhatt, Ram Charan, Jr NTR and more. The filmmaker also has a dream project of Mahabharata. However, he hasn't started working on the film as of yet. In an interview with India Today, Rajamouli revealed whether he will cast Jr NTR and Ram Charan in the lead for Mahabharata as well.

Check out his response here: SS Rajamouli to repeat RRR superstars Ram Charan and Jr NTR in Mahabharata? Filmmaker reveals it all

At RRR's pre-release event, Ram Charan and Jr NTR turned emotional while talking about each other. While Taarak expressed his wish to work with Ram again, the latter said that he considers Jr NTR as his brother.

Here's what they said about each other: RRR: Ram Charan says he found a brother in Jr NTR; 'Will keep the brotherhood till my last breath'

The Hindi version of Allu Arjun, Rashmika Mandanna and Fahadh Faasil starrer Pushpa: The Rise continues to rule hearts. The Box Office Collection of Day 11 of the Sukumar directorial are out. The film has managed to stay afloat despite competition from Ranveer Singh's 83.

Though Shahid Kapoor and Mrunal Thakur's Jersey has been officially postponed owing to Omicron threat and the COVID-19 regulations, Nani recently reacted to the Hindi remake of the 2019 Telugu hit film. The actor is yet to watch the Hindi version of Jersey. However, he also turned a little protective about his film.

Check out his reaction here: Ahead of Shahid Kapoor's Jersey release, Telugu actor Nani says 'it is and always will be my film'