NTR's daughter Uma Maheshwari dies by suicide, Vijay Deverakonda meets Chiranjeevi and Salman Khan, and more; here are all the trending South news of the day... 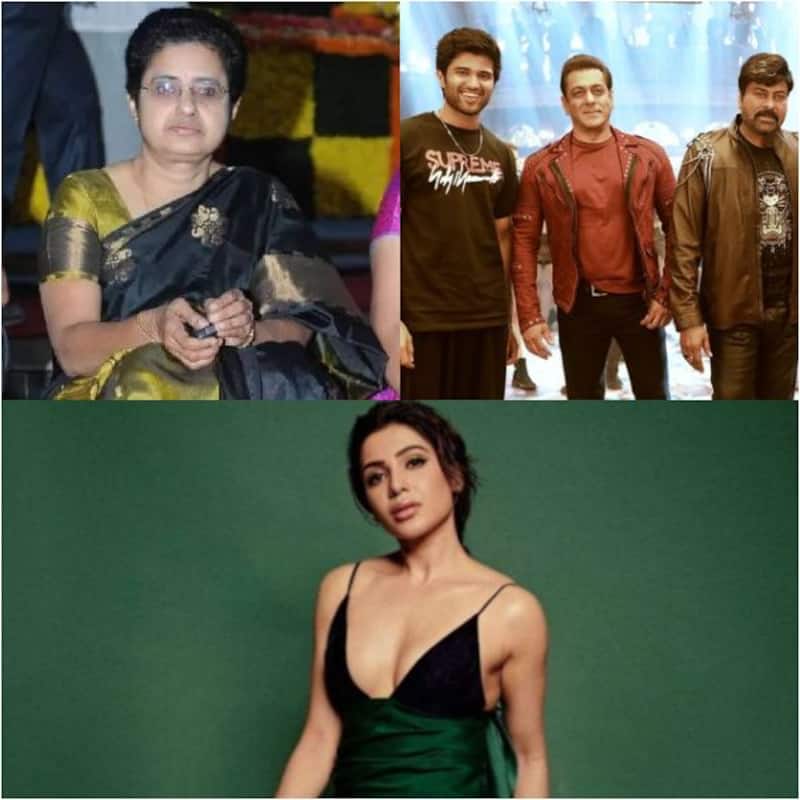 From NTR’s daughter, Uma Maheshwari’s demise to Liger star Vijay Deverakonda’s picture with Chiranjeevi and Salman Khan going viral to Samantha Ruth Prabhu’s old statement about Hrithik Roshan making it to the news again; many South films and celebs made it to the headlines today. If you missed an important update about your favourite star, don’t worry as we are here with the round-up of what all happened today in the South film industry. Below is the list of trending South news of the day… Also Read - Saif Ali Khan Birthday Special: The net worth of Vikram Vedha actor will leave you stunned [video]

NTR’s daughter Uma Maheshwari dies by suicide
NT Rama Rao was one of the biggest names in films and politics down South. He was the former Chief Minister of Andhra Pradesh. NTR’s daughter Uma Maheshwari was reportedly found hanging today at her residence. According to reports, she had some health issues and was undergoing treatment for the last couple of months. Family members like Nandamuri Balakrishna, Kalyan Ram, and others visited her house to pay their last respects. Also Read - Bade Miyan Chote Miyan: THIS A-list actress joins the cast of Akshay Kumar and Tiger Shroff starrer? [Read Deets]

Liger star Vijay Deverakonda's picture with Chiranjeevi-Salman Khan goes viral
Vijay Deverakonda is currently busy with the promotions of Liger which will mark his Bollywood debut. The movie is shot in Hindi and Telugu, and it will be dubbed and released in various languages like Tamil, Malayalam, and Kannada. Recently, Vijay met Chiranjeevi and Salman Khan, and their picture has gone viral. Check out the actor’s tweet below… Also Read - Laal Singh Chaddha box office collection day 4: Aamir Khan's film fails to make a profit on a national holiday; extended weekend does no good

Your blessings and love for #Liger means the world to us!

Ramarao On Duty: Ravi Teja's fans slam the actor for 'poor choices'; filmmaker Sarath Mandava locks his Twitter account
Ravi Teja starrer Ramarao On Duty has failed to make a mark at the box office, and the actor’s fans are quite upset about it. They are slamming him for his poor choices. Also, director Sarath Mandava has locked his Twitter account.
Read Full Story Here: https://www.bollywoodlife.com/south-gossip/ramarao-on-duty-ravi-tejas-fans-slam-the-actor-for-poor-choices-filmmaker-sarath-mandava-locks-his-twitter-account-entertainment-news-2144540/

Vijay Deverakonda leaves Rashmika Mandanna blushing at Sita Ramam event as he tells her, 'you always look so pretty and beautiful'; wonders why the audience is giggling [Watch]
Vijay Deverakonda and Rashmika Mandanna’s rumoured relationship has always been in the news. Recently, Vijay attended a promotional event of Rashmika’s movie Sita Ramam, and when he praised the actress for looking pretty and beautiful, the audience started giggling.
Read Full Story Here: https://www.bollywoodlife.com/south-gossip/vijay-deverakonda-leaves-rashmika-mandanna-blushing-at-sita-ramam-event-as-he-tells-her-you-always-look-so-pretty-and-beautiful-wonders-why-audience-is-giggling-watch-2144546/

When Samantha Ruth Prabhu disliked Hrithik Roshan for his looks and gave THIS rating out of 10
Who doesn’t like Hrithik Roshan? Well, the answer is Samantha Ruth Prabhu. An old interview of The Family Man 2 actress has been going viral again, and the reason behind it is Hrithik Roshan. In the interview, Sam said that she doesn’t like Hrithik and gave him 7 out 10 points. Now, that’s actually very shocking.
Read Full Story Here: https://www.bollywoodlife.com/south-gossip/when-samantha-ruth-prabhu-made-a-comment-on-hrithik-roshan-said-she-doesnt-like-him-much-and-rated-him-7-out-of-10-entertainment-news-latest-tamil-and-telugu-news-2144696/