Prabhas can't control his tears at Krishnam Raju's funeral, Ranveer Singh leaves a mark at SIIMA Awards 2022, and more; here are all the trending South news of the day... 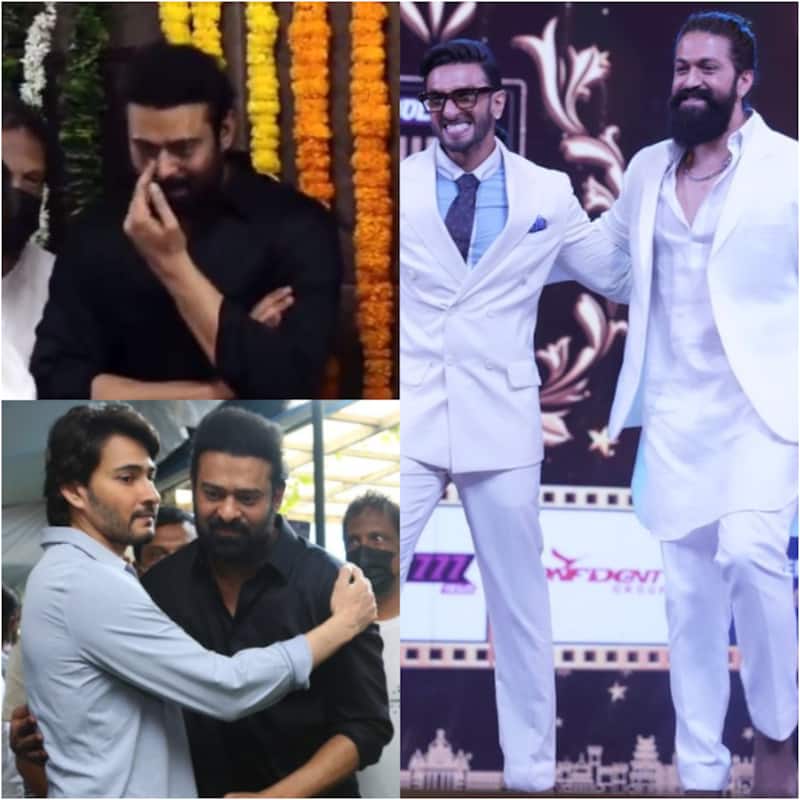 From Prabhas breaking down into tears at the funeral of his uncle and veteran actor Krishnam Raju to Ranveer Singh’s pictures with Allu Arjun, Yash, and more South stars from SIIMA Awards 2022 going viral; many South films and stars made it to the headlines today. It’s a Sunday, and you might have missed some important news and update about your favourite star or a movie. But, don’t worry as BollywoodLife is here with the round-up of what all happened in the South film industry today. Below is the list of trending South news of the day… Also Read - Best lesbian scenes in web series on OTT: Lovely Massage Parlour, Palang Todd Sass Bahu NRI, Human and more will leave your eyes popped [View Pics]

Prabhas' uncle and Telugu actor Krishnam Raju passes away at 83; Gopichand, Allari Naresh and others mourn the Rebel Star's demise

A couple of days ago, Suriya 42 was announced with a motion poster and it had grabbed everyone’s attention. Now, in just two days it has got 10 million+ digital views. The movie also stars Disha Patani in the lead role.

Prabhas was close to his uncle Krishnam Raju who passed away this morning. The actor’s videos of crying at the funeral have made it to social media, and South stars like Gopichand, Mahesh Babu, and others are seen consoling Adipurush actor.
Read Full Story Here: https://www.bollywoodlife.com/south-gossip/prabhas-cant-control-his-tears-at-uncle-krishnam-rajus-funeral-gopichand-mahesh-babu-and-other-stars-console-him-entertainment-news-2183642/

Ranveer Singh attended SIIMA Awards 2022 last night, and today, the actor took to Twitter to share pictures with South stars like Allu Arjun, Yash, and others. Check out the photos below…