From Samantha Ruth Prabhu, Kamal Haasan, Thalapathy Vijay starrer Varisu, SS Rajamouli and his film RRR and more, here's who and what made news in the South Newsmakers today. 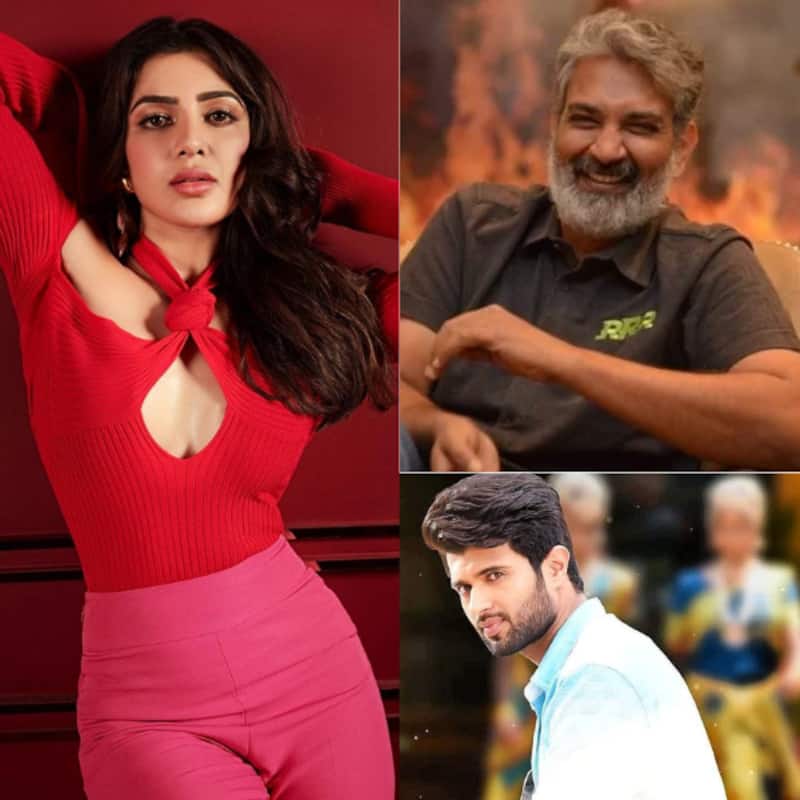 So, it's time we have a look at the TOP South Movie Newsmakers of the day. We have superstar Samantha Ruth Prabhu and also her film Yashoda, we also have RRR helmed by SS Rajamouli, there's a heartfelt birthday note by Mahesh Babu for his late father. Vijay Deverakona has landed in Mumbai and more. Sit tight as we have all the latest and interesting updates about your favourite stars and movies compiled right here in one story. Let's meet the trending South Movie Newsmakers of the day. Also Read - Samantha Ruth Prabhu to Shruti Haasan: South Indian actresses who are battling serious health issues

In bizarre news today, Samantha Ruth Prabhu grabbed headlines for being hospitalised. Just a couple of days ago, Samantha revealed that she has been diagnosed with Myositis. Ever since Samantha has been making it to Entertainment News for various reasons. But the report of Samantha being hospitalised for her health is apparently not true. Yes, the actress is recovering but not in the hospital. Check out more details here. Also Read - After Samantha Ruth Prabhu another South Indian actress diagnosed with Fibromyalgia

Rishab Shetty is a popular name right now. It is because of his movie Kantara that became a massive success recently. An old interview wherein Rishab Shetty stated that he is not a fan of Rashmika has yet again become the talk of the town. And it has a link with Rakshit Shetty. Rashamika Mandanna is quite popular and has several Bollywood films in her kitty. So, what's the whole matter? Find out here. Also Read - Trending South news today: Allu Arjun-Rashmika Mandanna Pushpa fever grips Russia; Vijay Deverakonda opens up on questioning by ED

Kamal Haasan who will soon be seen in Indian 2 has also made it to the newsmakers. The veteran actor was hospitalised yesterday, that is on 23rd November. However, there is nothing to worry about. Kamal Haasan's fans have been pouring in get well soon messages for the star all over the internet. But why did Kamal Haasan get hospitalised? Learn all about it here.

If reports are anything to go by, after winning hearts in The Ghost, Akkineni Nagarjuna is now going to star in the Porinju Mariam Jose remake. A report in Tollywood.net states that Prasanna Kumar Bezawada is going to direct the movie. He has worked on films such as Naanna Nenu Naa Boyfriends, Nenu Local and also Ravi Teja starrer Dhamaka. It is said that the crime thriller movie will be produced by Srinivasaa Chitturi and an official announcement about the same will be made later.

SS Rajamouli and his team are leaving no stone unturned to win hearts at the Oscars 2022 with RRR. The movie is one of the biggest hits of the year. SS Rajamouli and the RRR team are taking the movie to the Oscars as an independent entry. And hence, for the same, special screenings have been they have spent about Rs 50 crores, states a report in Tollywood.net.

Mahesh Babu pens a heartfelt note for his father

Just a couple of days ago, Mahesh Babu penned a heartfelt birthday note for his father late superstar Krishna. The actor said that he has found strength that he never thought he had and promised to make him even more proud. Mahesh Babu shared an old picture of his father, remembering him and called him his superstar. Check out his post here:

Samantha Ruth Prabhu starrer Yashoda was released in theatres a couple of weeks ago. It is a huge success and was looking forward to the OTT release of the same next month. However, EVA hospitals have slammed the makers stating the makers have misused the hospital and have projected it in the most indecent way. The Civil court, states Tollywood.net have stalled the digital release of Yashoda following the same.

Vijay Deverakonda is back in Mumbai

Vijay Deverakonda who was last seen in Liger has returned to Mumbai. The actor was spotted at the airport a couple of hours ago. He turned up in a simple manner as always but was thronged by his fans soon enough. Vijay obliged them all with pictures. Check out the snaps here:

Thalapathy Vijay starrer Varisu has come under the scanner as well. As per a report in Pinkvilla, the Animal Welfare Association have sent a notice to the makers asking them about using five elephants to shoot a sequence in the film. It seems a prior permission was not taken from the board. An explanation has been demanded by the officials.