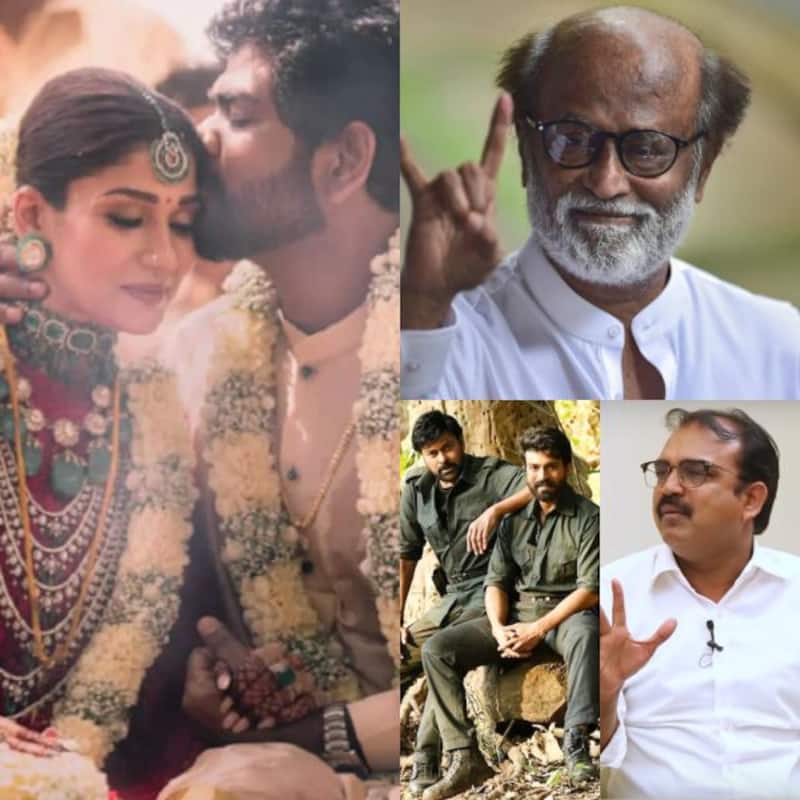 Shah Rukh Khan, Rajinikanth, Nayanthara, Vignesh Shivan, Koratala Siva, Adivi Sesh, Samantha Ruth Prabhu and others are among the top newsmakers of today from South. If you have had a busy day and want to know what happened in the world of South entertainment, you are at the right place. Shah Rukh Khan, Rajinikanth attend Nayanthara-Vignesh Shivan’s wedding; Acharya maker Koratala Siva pays Rs 33 crore to distributors and other such stories are a part of our trending South news. So read on to know more about our South newsmakers of the day. Also Read - Nayanthara, Rashmika Mandanna, Samantha Ruth Prabhu and more South Indian actresses and their deepest regrets

Sonam Kapoor turned 37 today. Sharing a picture of the mom-to-be, Samantha wrote, "Happy birthday to you gorgeous mommy-to-be @sonamkapoor. Can't wait to watch you shine in this new phase of life."

Major actor Adivi Sesh is a happy man as his film is doing great at the box office. Talking to IANS, he said, “It is the fire, the passion and the inspirational story of Major Sandeep Unnikrishnan that is getting discovered by the audience and growing slowly. Now, theatre owners are increasing the number of shows etc. I am happy to see the celebration of the spirit of Major."

Arun Vijay opens up on South vs Hindi debate, says, ‘Differences between north and south were created by us’

Speaking about the wide acceptance of movies in both the industries, Arun Vijay told IANS, "The gap and differences between north and south were created by us mentally but in reality they never existed, the movies are made for Indian cinema and not any specific region and it's high time we accept that".