Trending South News Today: SS Rajamouli's big plans for Mahesh Babu's next, Nayanthara splurging on the interiors of her new home and more

SS Rajamouli, Mahesh Babu, Nayanthara, Shruti Haasan and other stars from the South Indian industry remained to rule the news circuit. Here's how. 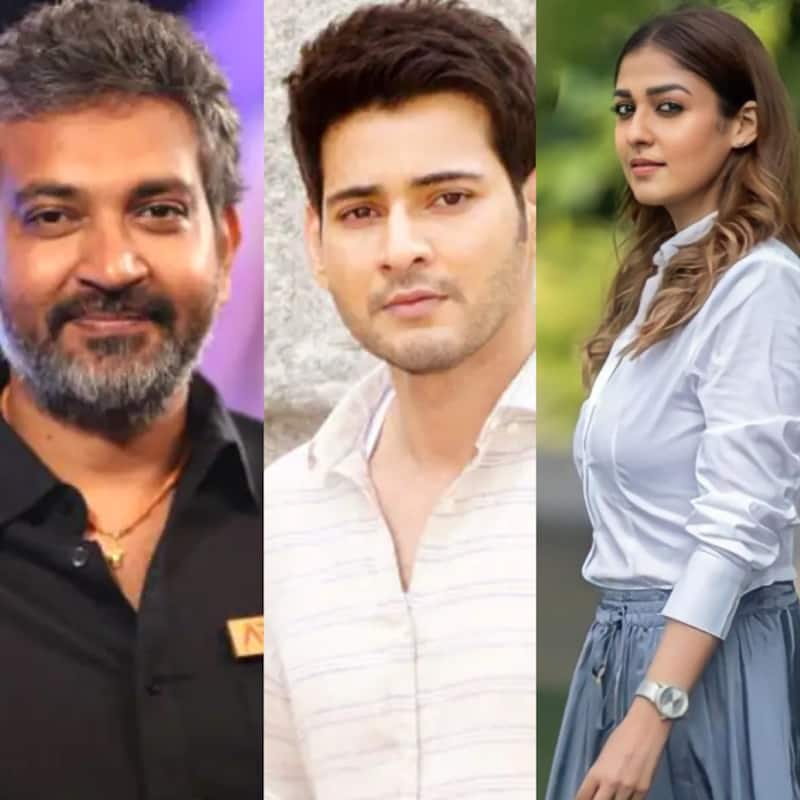 Among the biggest newsmakers of the day from the South Film industry, we have celebrities like SS Rajamouli, Mahesh Babu, Nayanthara, Shruti Haasan, and many more. RRR maker SS Rajamouli seems to have dived deep into his next project which is going to star none other than Tollywood's Prince Mahesh Babu. Newly married Nayanthara seems to be pretty busy decorating her new home. So without wasting much time, here's looking at all the big updates from the South Film industry. Also Read - Trending Hollywood News Today: Dhanush joins Ryan Gosling in The Gray Man sequel, Alec Bladwin brutally trolled and more

SS Rajamouli's plans for Mahesh Babu's next
We all know that RRR and Baahubali director SS Rajamouli is going to collaborate with Mahesh Babu for his next project. The official announcement is yet to come. Latest reports suggest that SS Rajamouli is planning to take this project international. As per a report in telugu360.com, the filmmaker is holding talks with international studios for this film as he wants to make it for a global audience. Also Read - Rashami Desai is bold and beautiful in blue and these pics are proof

Nayanthara spending a bomb on her new home?
As per the reports, Bigil actress Nayanthara gifted her husband Vignesh Shivan a fancy bungalow on the wedding day. And now, reports suggest that she is spending a bomb to do the interiors of their lovenest. Also Read - Laal Singh Chaddha: Director Advait Chandan makes SHOCKING claim about Aamir Khan starrer; says, 'People are being paid to troll'

Shruti Haasan to collaborate with father Kamal Haasan?
In an interview with Pinkvilla, Shruti Haasan revealed if she is collaborating with her father Kamal Haasan anytime soon. The actress stated that they had began work on a project called Sabaash Naidu, however, due to logistics issue, they had to stop. It has been six years since then. She said, "So it totally depends on the story, and maybe who sees us together in that capacity. Be it either my mom (Sarika) and me, or my sister (Akshara Haasan) or my dad. So it has to work for everyone I think."

Allu Arjun enjoys family trip in Tanzania
Before Allu Arjun jumps in to work on Pushpa: The Rule, the actor seems to be taking vacations to enjoy some quality time with family. He has traved to Tanzania along with wife and two kids.

Resul Pookutty reacts to Baahubali producer Shobhu Yarlagadda's comments on his opinion about RRR
Oscard-award winning musician Resul Pookutty called RRR a 'gay love story'. Over this, Baahubali producer Shobhu Yarlagadda slammed him and questioned how can someone stoop so low. Responding to this Resul Pookutty wrote, "Agree totally.Absolutely nothing wrong even if it was. I merely quoted2 my frnd,d banter that already exists in public domain &nothing else. There is no stooping factor in this.U don’t have2 take it seriously Shobu,I didn’t mean any offense2 any stake holders.I rest my case here!"