The megastar of Kollywood, Thala Ajith enjoyed a phenomenal 2019 with back-to-back successes of Viswasam and Nerkonda Paarvai. While the actor will be next seen in Valimai, the filming of this commercial entertainer has taken a halt due to COVID-19 crisis. The latest development of the film has come out, which says that young actor Raj Ayyappa, who made his debut with Atharvaa’s 100, will play Thala Ajith's brother in the film. The actor is the son of Bhanu Prakash, who worked with Thala Ajith in Amaravati. Also Read - Valimai Vs Radhe Shyam? Prabhas' film to edge out Thala Ajith starrer from all North territories - here's why 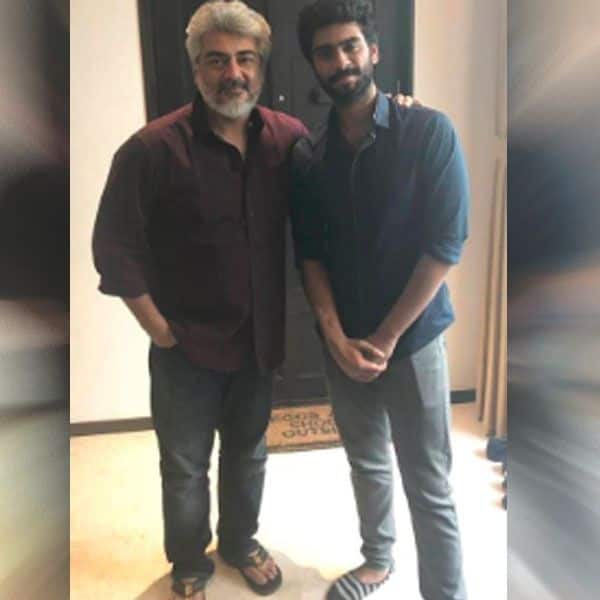 Talking about Valimai, the masala entertainer is expected to be high on stunts and action sequences. It is touted to be one most expensive projects of the lead star. The producer of the film, Boney Kapoor, raised our expectations when he earlier told Behindwoods, "Valimai is a full-on commercial film with a lot of action. (The film is also a) family drama, so it has all the ingredients for which Ajith is known for. It will extremely thrilling, adventurous and emotional, and of course, the action is high-octane." Also Read - BIG NEWS! Thala Ajith's Valimai to have a grand theatrical release during THIS festive weekend

He added, "The response is tremendous. With the announcement of the title, we had a lot of tweets from fans. Thanks to my wife (late actress Sridevi) that I got this connect with him, and I'm fulfilling her desires. Soon I will be venturing into Telugu, then Malayalam and even Kannada." The film marks the second collaboration between Thala Ajith, director H. Vinoth and producer Boney Kapoor after Nerkonda Paarvai, which was the official remake of Amitabh Bachchan, Taapsee Pannu, Angad Bedi and Kirti Kulhari starrer Pink. Valimai also features Bollywood actress Huma Qureshi and RX 100 actor Kartikeya Gummakonda as the lead antagonist. As per the reports, the actor will play a cop in this much awaited venture. So, are you excited for the film? Tweet and let us know @bollywood_life.