Featuring R Madhavan and Vijay Sethuapthi in lead roles, Vikram Vedha is considered as a cult classic by Tamil audience for the kind of narrative the film has. 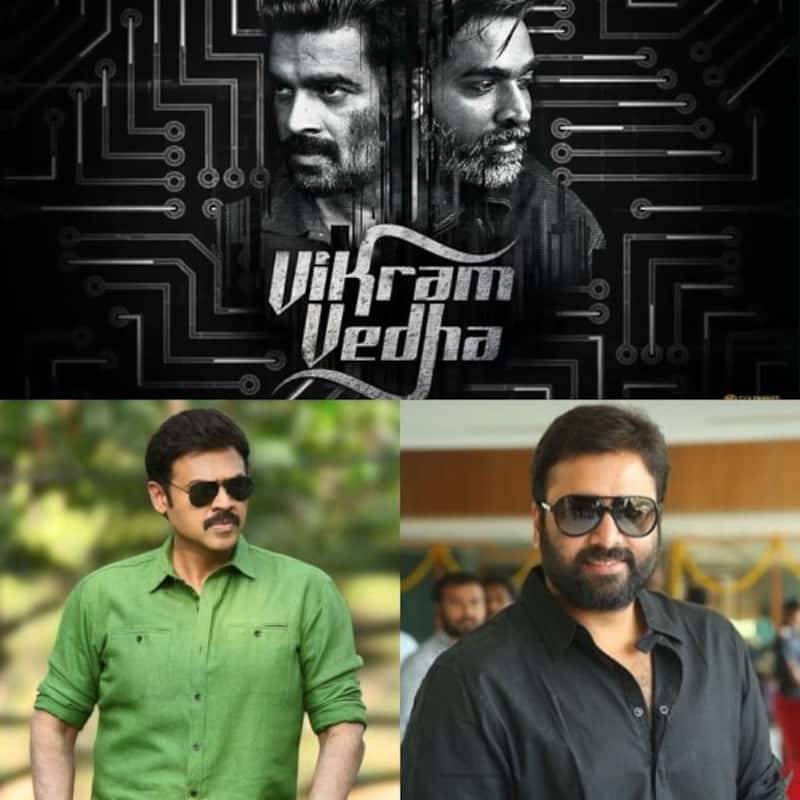 For many months, speculations around Tamil hit film Vikram Vedha, featuring R Madhavan and Vijay Sethupathi, being remade in various languages have been doing rounds. In Telugu, it was being reported that Venkatesh Daggubati and his nephew Rana Daggubati would be seen in the remake. However, the former denied any such developments. But now, seems like there might be some development around the remake. According to emerging reports, Venkatesh and Solo actor Nara Rohit may team up for the remake of Vikram Vedha in Telugu. Unconfirmed reports reveal that the makers of the film are in talks with these two actors for the remake. The original was directed by Pushkar-Gayatri and is one of the biggest hits of 2017 in Tamil cinema. Reportedly, Vikram Vedha will also be remade in Hindi with Shah Rukh Khan in one of the lead roles. However, nothing much has progressed there. Also Read - Vikram Vedha: Hrithik Roshan signs off his character with THIS gesture; says, ‘I’v secretly done this for every character that terrified me’ [View Post]

Speaking about the film, Vikram Vedha is considered as a cult classic by Tamil audience for the kind of narrative the film has. The screenplay is paralleled with the Vikram-Betaal tale which is one of the most heard of stories for years now. R Madhavan is seen playing a merciless cop while Vijay Sethupathi is seen playing a gangster who is ruthless in all senses. Also Read - Vikram Vedha box office collection day 3: Hrithik Roshan, Saif Ali Khan film sees a 20% jump on Sunday; strong hold a must from Monday

A post shared by Venkatesh Daggubati (@venkateshdaggubati) on Mar 3, 2019 at 1:50am PST

On the other hand, actor Nara Rohit last appeared in Veera Bhoga Vasantha Rayalu which had quite a huge star cast. The film failed to impress the audience an turned out to be a dud at the box office. Besides Rohit, the film also starred Shriya Saran, Shashank, Sudheer Babu and Sree Vishnu in other lead roles.

Do you think Venkatesh Daggubati and Nara Rohit would be the perfect fit for the Telugu remake of Vikram Vedha? Tweet to us @bollywood_life and let us know.