Vijay Deverakonda's fan gets his portrait inked on her back; Liger actor's special gesture for her wins the internet [Watch Video] 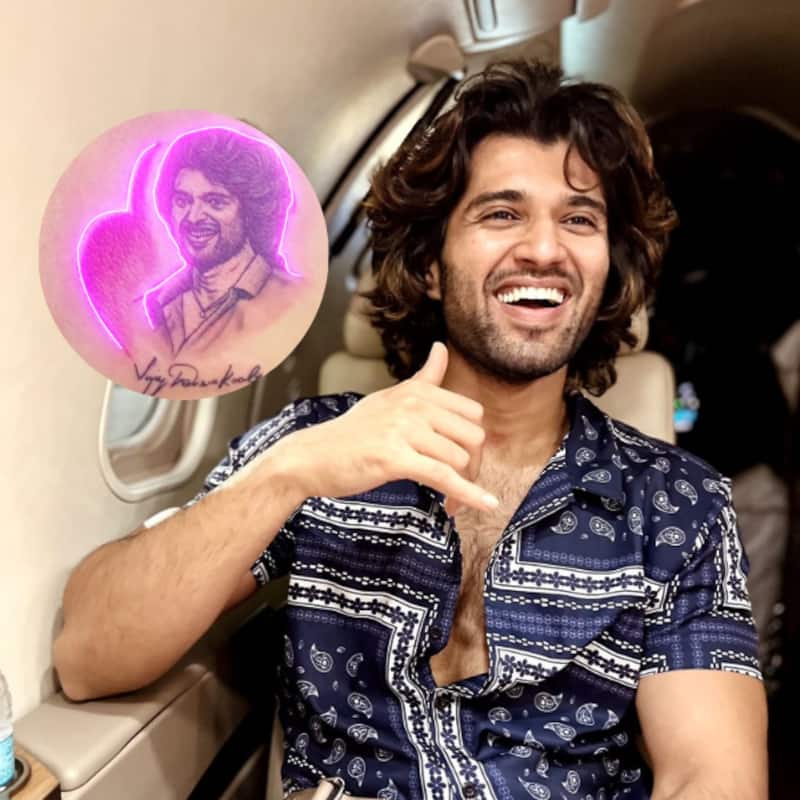 Vijay Deverakonda is one of the most popular actors in the Indian film industry. He predominantly worked in Telugu films. His next is Liger which is the pan-India film produced by Puri Jagannadh and Karan Johar under the banner of Puri Connects and Dharma Productions. Vijay Deverakonda has a huge female fanbase and recently, he got a chance to meet two of his fans. His gesture towards the ladies was quite warming. Vijay Deverakonda's Super Fan, Dr Cherry had inked his portrait on her back. Also Read - Trending South News Today: Vijay Deverakonda NOT signing Hindi films, Prabhas-Shruti Haasan's Salaar shooting delayed and more

Vijay Deverakonda's team shared an amazing video online of Vijay's meet and greet with his fans - Dr Cherry and Dr Sonali. Both the girls were super excited to meet the Liger star. And when they met him, there were awestruck especially, Cherry. She was left speechless and couldn't believe that she met Vijay Deverakonda, in person. Vijay knew about the tattoo and she obliged to show the same in front of the cameras. Vijay asked her when she decided to get the tattoo done but Cherry was at a loss of words. Her expressions say it all. Vijay Deverakonda hugged them both and even posed for pictures. He also made them meet Puri Jagannadh and Charmme Kaur, the director and producer of the film. Check out the video here: Also Read - Liger: After Mumbai, Vijay Deverakonda FORCED to leave event in Patna due to THIS reason

Recently, the whole team of Liger dropped a video wishing Mike Tyson, the legendary professional boxer on his birthday (30 June). From Karan Johar, Vijay Deverakonda to Ananya Panday and others had a special video message for him. Mike is making a cameo appearance in Liger which is coming out on 25 August 2022. Also Read - Trending Entertainment News Today: Fans concerned for pregnant Alia Bhatt, Madhuri Dixit's alleged lip job, Uorfi Javed hospitalised and more

After Liger, Vijay Deverakonda will yet again reunite with Puri Jagannadh and Charmme Kaur for Jana Gana Mana alongside Pooja Hegde.