Vijay Sethupathi and Taapsee Pannu starrer, Annabelle Sethupathi, barely released yesterday, 17th September, and in less than 24 hours, finds itself the victim of piracy. What's more surprising is that a pretty good print of the movie has found its way online. 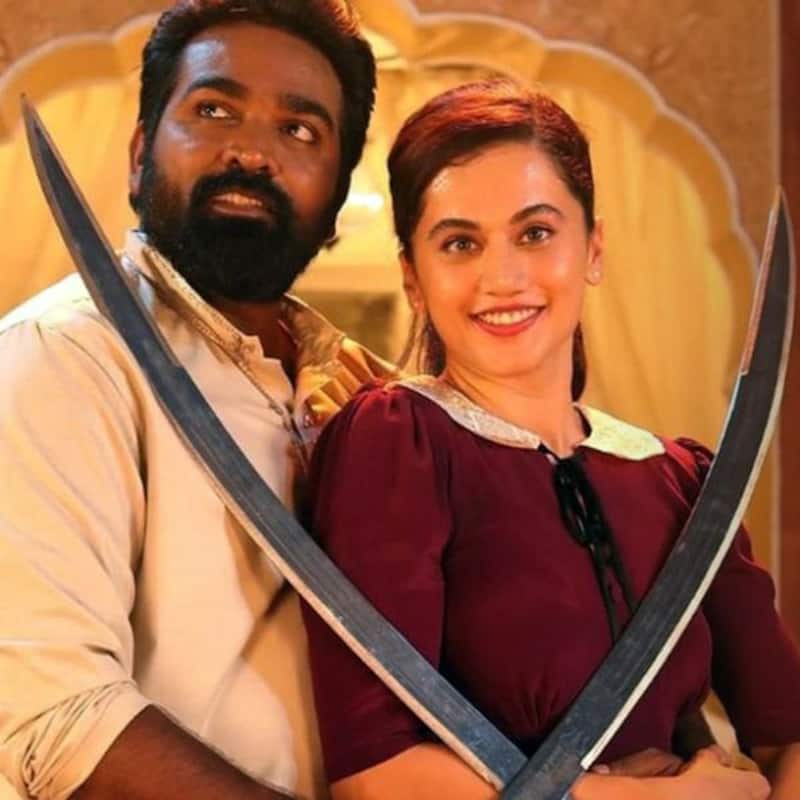 That scourge of the cinematic world, Tamilrockers, has reared it's ugly head again along with a few others its ilk like Tamilrockers, Moviesda, Filmihit, RDXHD, Moviewap, Filmizilla, Isaimini, Jiorockers as Annabelle Sethupathi turns out to be the latest movie to be leaked online, and that, too, in a very good print. The Vijay Sethupathi and Taapsee Pannu starrer barely released yesterday, 17th September, and in less than 24 hours, finds itself the victim of piracy. We can only urge people to not download and watch Annabelle Sethupathi if they're not subscribed to Disney+ Hotatar, where the Tamil horror-comedy is streaming. After all, not many realise this, but watching pirated movies is out right stealing and a criminal offence. Also Read - Dunki: Shah Rukh Khan wraps Saudi Arabia shoot; shares a heartfelt video for his fans

Our critic, Chirag Sehgal, gave Annabelle Sethupathi 1 star out of 5 stars in his review, and wrote in his review, “The movie is badly directed. Even though the film is 136-minutes long, it doesn’t give enough screen time to the array of actors like Jagapathi Babu, Radhika Sarathkumar, George Maryan, Devdarshini, Rajendra Prasad, Subbu Panchu and Venella Kishore. The makers were perhaps trying to invoke comedy by putting so many characters together, but it has only turned out to be a huge mess. Taapsee Pannu and Vijay Sethupathi’s performances are nothing remarkable, especially with all that we have watched them do in their earlier films. Anabelle Sethupathi lacks focus, execution, and has neither comedy nor horror. It only turns out to be frustrating and unbearable to watch, and.” Also Read - Trending South News Today: Teary-eyed Mahesh Babu bids a final adieu to father and Superstar Krishna, Ponniyin Selvan 2 release date revealed and more

Say no to piracy, guys. Rather don't watch the movie, if you can't watch it legally. Just imagine if someone were to utilise your hard work without paying for it, how would it feel? Also Read - Katrina Kaif flaunts baby bump in VIRAL picture? Actress expecting first child with Vicky Kaushal? Here's the truth