Vikram: Why have Vijay Sethupathi and Fahadh Faasil not joined Kamal Haasan in promoting the film? Here's what we know

Vijay Sethupathi and Fahadh Faasil's absence during the majority of promotions for Vikram have raised eyebrows, whereas Kamal Haasan has been seen everywhere 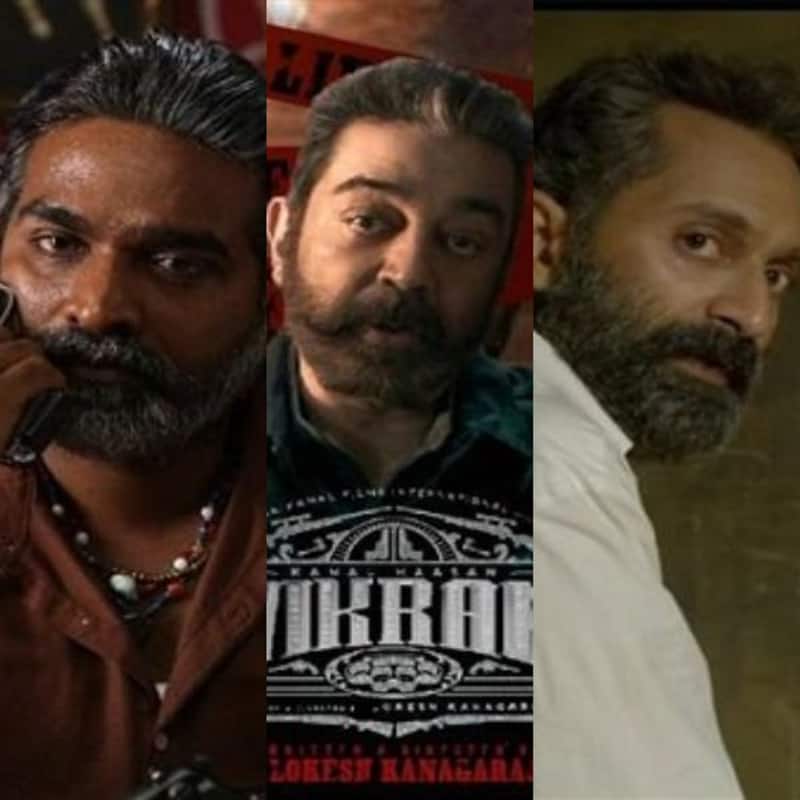 Kamal Haasan will next be seen in Vikram, touted to be a gritty action thriller from one of Tamil cinema's most exciting modern-day Directors, Lokesh Kanagaraj. And while excitement for Vikram has already reached fever pitch, there are eyebrows being raised about the absence of both Vijay Sethupathi and Fahadh Faasil during the majority of promotions for Vikram, with thespian Kamal Haasan mostly being seen everywhere. Is it a case of friction between the actors or the other two actors and the makers? Well, here's what we know... Also Read - Bigg Boss 16 Highlights: Tina Datta and Shalin Bhanot 'almost-kiss' at MC Stan concert, Shekhar Suman throws shade at Mandali and more [View List]

Well, all you conspiracy theorists can breathe easy as reports suggest that the makers of Vikram formulated a strategy, where Vijay Sethupathi and Fahadh Faasil are deliberately kept away from promotions to maintain the mystery and aura around their characters, which, frankly speaking, after the teaser and Vikram trailer, have roused more intrigue that Kamal Haasan's character even though he's clearly the main star of the show and the biggest drawing factor of the film. Also Read - Bigg Boss 16: Shiv Thakare gets slammed by Vikkas Manaktala's wife Guunjan for hiding her husband's clothes and wearing them after his exit [View Tweet]

Vikram premiere in Malaysia to be attended Anwar Ibrahim

The makers of Vikram have also planned a premier in Malaysia, which will be graced by Mr. Anwar Ibrahim, the leader of opposition in the country. There's no doubt that Kamal Haasan has pulled off a coup of sorts with this development as such things rarely happen for an Indian film be it in any language. In fact, during the promotions, Kamal met Anwar Ibrahim and the two spoke at length about several topics. From Indian history to the importance of good governance and a firm stand against corruption. It was a healthy and fruitful discussion that ended with Ibrahim promising to attend the premier of Vikram. Also Read - Trending Entertainment News Today: Alia Bhatt talks about motherhood in the peak of her career, Sana Saeed of Kuch Kuch Hota Hai gets engaged and more

Vikram also stars Kalidas Jayaram, Narain, Antony Varghese and Arjun Das will be seen in strong supporting roles. The film will hit the big screen on 3rd June worldwide. Givent the talent involved and sheer stardom assembled together, it would be an understatement to point out that Vikram is one of the most anticipated movies of the year.