While the makers of Prabhas-Saif Ali Khan's Adipurush announced Kriti Sanon and Sunny Singh as the new cast members, on the auspicious occasion of Mahashivratri, we saw producers of Power Star Pawan Kalyan's Hari Hara Veeramallu dropping the first look of the movie, which garnered a thunderous response from the audience. So, let's check out this week's newsmakers from down south... 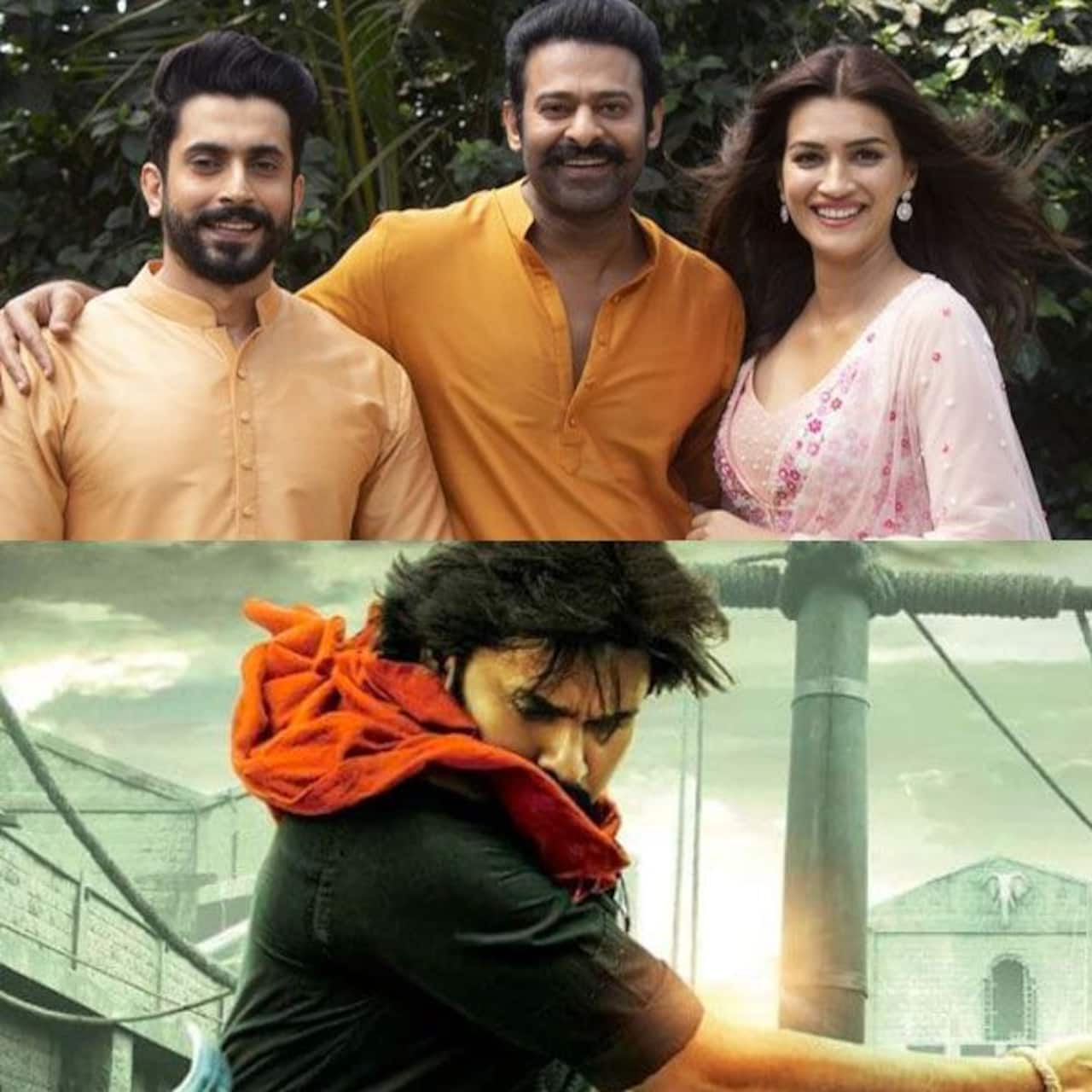 In the past seven days, we saw some major announcements in the South film industry, which made fans super-happy. While the makers of Prabhas-Saif Ali Khan's Adipurush announced Kriti Sanon and Sunny Singh as the new cast members, on the auspicious occasion of Mahashivratri, we saw producers of Power Star Pawan Kalyan's Hari Hara Veeramallu dropping the first look of the movie, which garnered a thunderous response from the audience. So, let's check out this week’s newsmakers from down south... Also Read - Prabhas upcoming new movies slate revealed: To own box office with Adipurush, Salaar and more

On Friday morning, Adipurush makers shared the news of Kriti Sanon and Sunny Singh joining the cast of Prabhas and Saif Ali Khan's pan-India mega-budget venture. While Kriti Sanon will portray the role of Sita, Sunny will essay the character of Laxman. The film is shot in Hindi and Telugu and will be dubbed in other Indian languages. Adipurush is scheduled to hit the screens on August 11, 2022. Also Read - KGF to have 5 sequels developed like Bond franchise; but not with Yash?

On the occasion of Mahashivratri, we saw the makers dropping the glimpse of Pawan Kalyan's Hari Hara Veeramallu, which turned out to be a treat for Power Star fans. The grand scale and the impeccable music of MM Keeravani’s music perfectly complimented the aura of the lead star, who is portraying the titular role. The film is directed by Krish Jagarlamudi, who is known for helming films Manikarnika, Gabbar Is Back and others. Also Read - Pathaan Box Office: Will Shah Rukh Khan's movie end Baahubali 2's record of biggest opening for a movie on a non-holiday? Film giving stiff competition to Yash KGF 2 as well [Check Stats]

Superstar Deepika Padukone, who is currently shooting for Shah Rukh Khan's Pathan, will reportedly kickstart the shoot of her pan-India project, co-starring Prabhas and Amitabh Bachchan, which will go on floors in July. As per a report in PinkVilla, a source close to film said, “The film goes on the floors in the month of July. By then, Prabhas would have wrapped up shooting for major chunk of Salaar and Adipurush, whereas Deepika would have completed Pathan. She has allotted 75 days already for the film, which has her in an action-packed avatar, with an altogether different get up. It’s an apocalyptic film, set in the futuristic timeline, with the characters fighting for survival. The tale has not been attempted in Indian cinema till date.”

Yes... It's A Santosh Narayanan Musical!!

Welcome to the Gang @Music_Santhosh

Thanks @anirudhofficial for your understanding & Support ... #Chiyaan60 shoot starts from TODAY...

Need all your Support, Blessings and Love ?


The versatile star of Kollywood, Chiyaan Vikram, recently started shooting for his highly-anticipated gangster drama, which is tentatively titled #Chiyaan60. The film also features the actor's son, Dhruv Vikram, in the lead role and is directed by Petta and Jagame Thandhiram filmmaker Karthik Subbaraj.

Samantha Akkineni's Shaakuntalam is one of the most-awaited films among the audience. Before the period drama goes on floors, the leading lady introduced the male protagonist, Dev Mohan, with a beautiful animated video. The actor will play the role of Dushyant in the film, which is directed by Gunasekhar.