While India's biggest blockbuster, Baahubali: The Conclusion got dubbed in Russian language and got a roaring response from the local audience, Kollywood superstar Chiyaan Vikram risked his life to perfect a stunt in his upcoming thriller Cobra.

Once again, we got a great amount of gossip and news from the southern industry, which made movie buffs happy and super excited. While India's biggest blockbuster, Baahubali: The Conclusion got dubbed in the Russian language and got a roaring response from the local audience, Kollywood superstar Chiyaan Vikram risked his life to perfect a stunt in his upcoming thriller, Cobra. So, let's check them out... Also Read - KGF 3: Yash and Prashanth Neel film won't release in 2023 – here's how many years you'll have to wait to watch it

Baahubali 2 gets dubbed in Russian language

The biggest blockbuster of India, Baahubali: The Conclusion featuring Prabhas, Rana Daggubati, Anushka Shetty, Ramya Krishnan, Nassar, Sathyaraj and Tamannaah continues to spin its magic even three years after the release as the period action entertainer is impressing fans in Russia in their local language. "Indian cinema gains popularity in Russia. Look what Russian TV is broadcasting right now: the Baahubali with Russian voiceover!" tweeted @RusEmbIndia, the official Twitter account of the Embassy of the Russian Federation in the Republic of India, along with a dubbed clip of the film. Also Read - Salaar: Teaser of Prabhas and Shruti Haasan starrer to be out THIS month? Producer REVEALS

Thala Ajith and wife Shalini visited hospital for THIS reason

A few weeks back, we saw Thala Ajith making a visit to hospital with wife Shalini. While his visit left fans worried, a source closed to the star shared the reason and said that Thala needs to go to the hospital every three months to review his health due to multiple surgeries, which he has gone through after getting injured while shooting. The Viswasam actor is also facing back problems right from his racing days and despite that, he continues to follow his passion and insists on doing his own stunts. Also Read - Adipurush: Angry fans of Prabhas and Kriti Sanon starrer trend 'Wake Up Team Adipurush' for THIS reason [View Fiery Tweets] 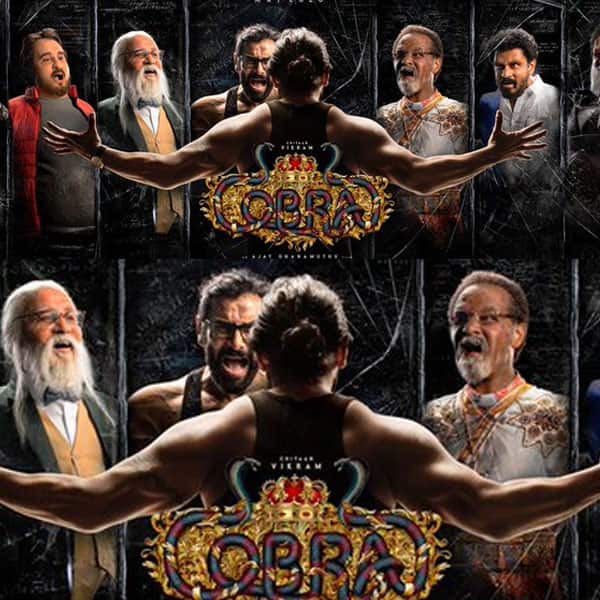 Director of Cobra, Ajay Gnanamuthu revealed that Chiyaan Vikram risked his life not once but thrice for an underwater sequence in the film. In the shot, the actor was supposed to get immersed upside down with his hands, legs and mouth tied. The sequence was quite difficult as even the stuntman couldn't perform it. While Ajay decided to change the sequence, Vikram told him not to compromise and performed himself. While he did the stunt properly, his co-actor, who was also the part of that sequence, failed to give it a perfect shot. Later Ajay said that he could manage on the edit table but insisted and gave the shot until it came out well.

Kurup becomes the most expensive film of Dulquer Salmaan Dulquer Salmaan's Kurup, which is one of the most anticipated film of the star, is also his most expensive Malayalam film till date. The gangster drama, which is bankrolled under the banner of DQ's Wayfarer Films and M-Star Entertainments, is made on the budget of Rs 35 crore. The production of the film took six months and it was shot at Kerala, Mumbai, Dubai, Mangalore, Mysore and Ahmedabad for 105 days. Kurup is currently in the post-production process, while the dubbing is completed. 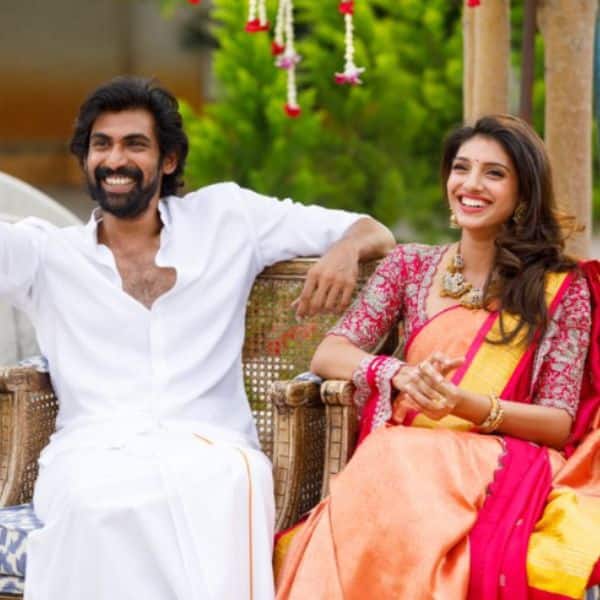 The Roka ceremony of Rana Daggubati and Miheeka Bajaj was one of the highlights from the south industry. Apart from his adorable pictures with fiancee Miheeka, Rana grabbed our attention with his statement when he was asked about his exes reactions on engagement. The actor said, "I got pouring messages from friends and others and they were all happy. My exes gave their blessings. As I said, everyone was shocked at first and then expressed their joy. It was something they wanted to hear for a long time and everyone was like 'finally'."