Mahesh Babu and Samantha Akkineni have worked together in films like Dookudu, Seethamma Vakitlo Sirimalle Chettu and Brahmotsavam.

Mahesh Babu and Samantha Akkineni are two of the most popular stars of south, who enjoy a huge fan-following across the nation. While we generally see these both stars praising colleagues and costars on social media, back in 2014, Mahesh Babu got upset with Samantha Akkineni after she called the poster of his film 1 - Nenokkadine 'regressive', which also featured Kriti Sanon in a key role. In the poster, we the lead actor walking on the beach and turning back while Kriti Sanon is walking a four-legged animal. Also Read - From Allu Arjun to Thalapathy Vijay: 9 south actors who married their first love 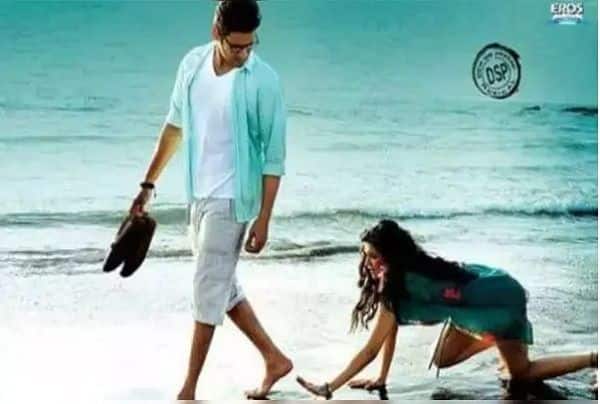 Writing about the poster, Samantha Akkineni tweeted, "Saw a poster of a yet to be released Telugu film. Not only is it deeply regressive, but its point is actually that it is deeply regressive." Soon we saw MB fans trolling Samantha Akkineni as her action didn't go well with them. Later, Mahesh Babu broke his silence and expressed his displeasure of Samantha's tweet and wrote, "Look, Samantha knows me and my wife Namrata. If she found anything regressive about the poster she could have checked with me first. Instead she went and poster her views online. She shouldn't have done that. At least she could have tried to speak to us." Also Read -  7 times Allu Arjun proved that he is a bigger Tollywood star than Mahesh Babu

Meanwhile, Mahesh Babu will be next seen in Sarkaru Vaari Paata, which will be directed by Geetha Govindam helmer Parasuram. Mahanati actress Keerthy Suresh will be seen opposite MB in this venture. Sarkaru Vaari Paata is expected to be a family entertainer, where Mahesh Babu will portray a larger-than-life character.The actor was last seen in Sarileru Neekevvaru, which also featured Dear Comrade and Geetha Govindam actress Rashmika Mandanna in pivotal roles. The film released during the festive weekend of Sankranti alongside Allu Arjun's Ala Vaikunthapurramuloo and went on to earn over Rs 200 crore at the global box office making it a monstrous blockbuster.